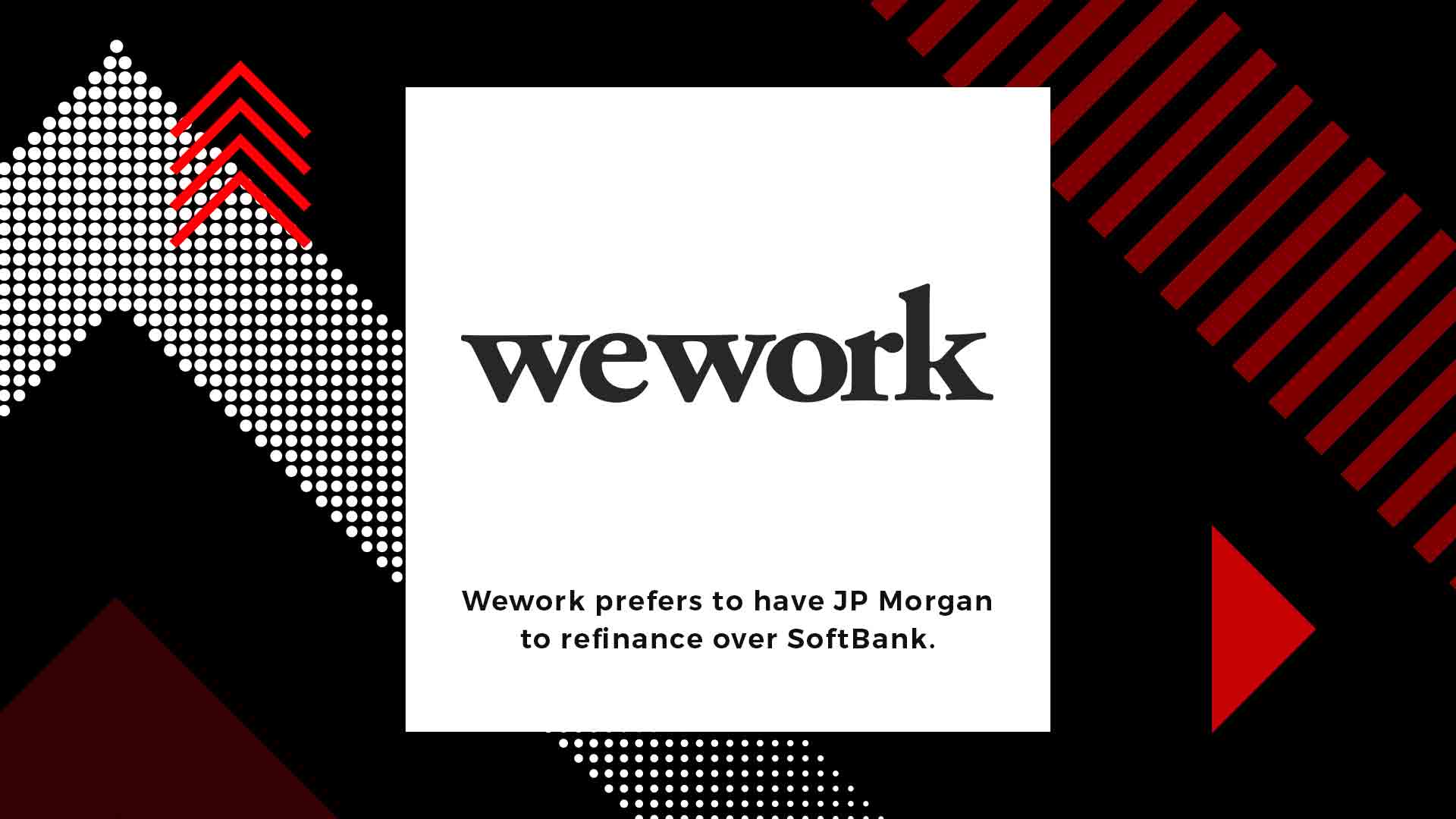 WeWork is running out of cash fast, and, according to Bloomberg, the real-estate firm is favoring JPMorgan to help it refinance.

A proposed refinancing package would come to roughly $5 billion and may also include $2 billion of unsecured payment-in-kind with a weighty 15% coupon, a source told Bloomberg.

The news came a day after it was reported that SoftBank was looking to take a controlling stake in WeWork. The Japanese investment giant has long been one of WeWork’s major investors, so far investing at least $11 billion into the firm. The controlling stake would reportedly be roughly worth $10 billion, a fraction of the $47 billion at which SoftBank originally valued the firm.

People familiar with the situation told Bloomberg the SoftBank investment was being viewed as a “backup plan,” as a takeover by the Japanese firm would dilute employees’ holdings.

Last week it was reported that a deal with JPMorgan for the refinancing package could come as soon as this week, as WeWork is thought to be at risk of running out of cash by the end of November.

JPMorgan has previously provided loans to WeWork and was set to be the lead underwriter on its initial public offering, which never took place.

The proposed 15% coupon is roughly double what WeWork paid on its debut bond, according to Bloomberg, underscoring the uncertainty in which debt investors value WeWork and its ability to turn a profit anytime soon.

Citing a person familiar with the situation, Bloomberg added that the $2 billion of unsecured debt might carry an additional “sweetener” for investors, as it could boost returns by 30% if WeWork gets a $20 billion valuation.

Bloomberg said the package could also include $1 billion of secured debt sold to investors and $1.7 billion in letters of credit split among the participating banks.