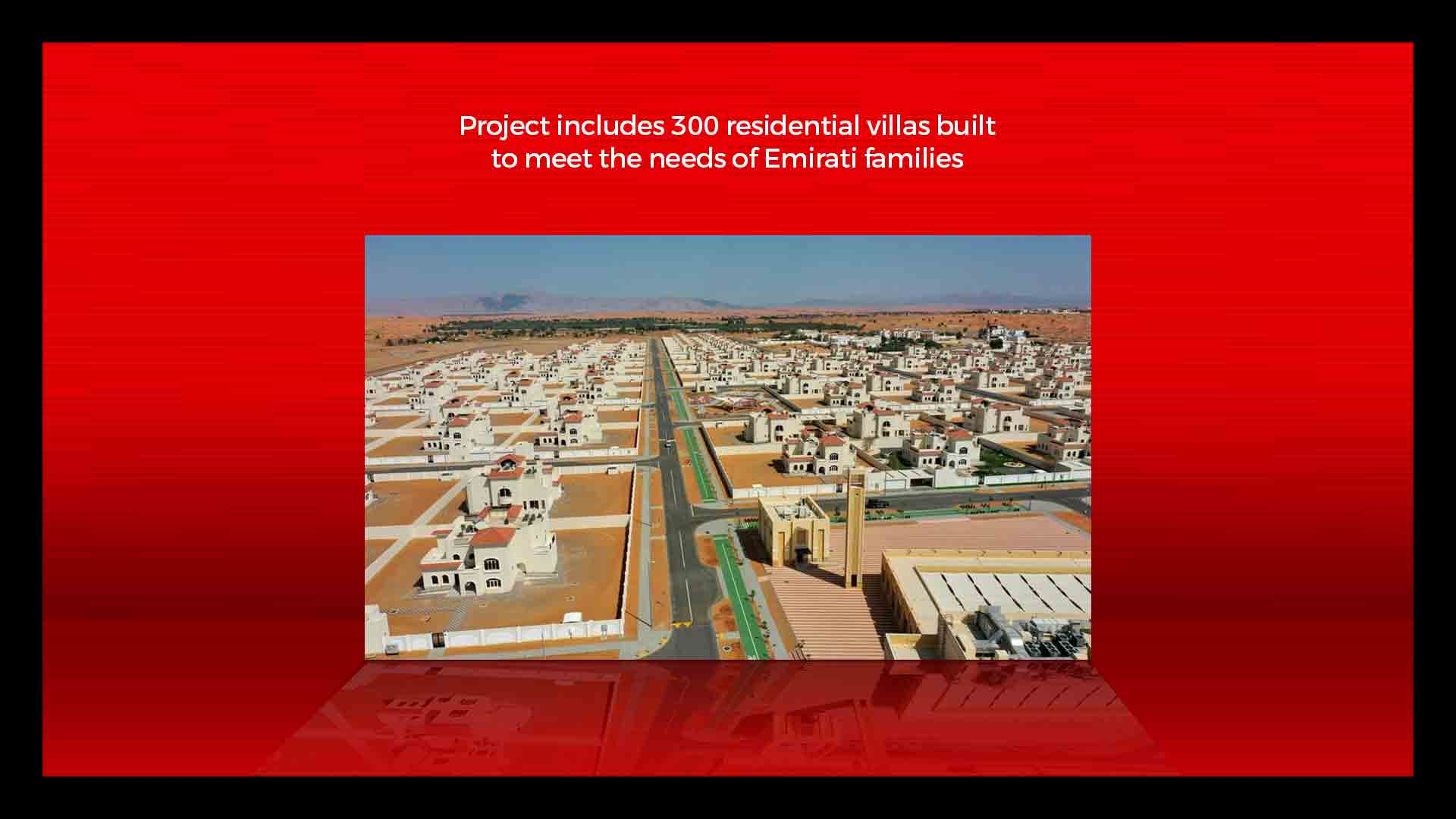 The housing project was built by the Abu Dhabi Housing Authority in cooperation with the Abu Dhabi General Services Company  (Musanada).

Each villa plot covers 2,025 square metres and features a majlis for men, a majlis for women, three dining and living rooms, five bedrooms, and other utilities, WAM added.

Space for commercial and social utilities, as well as other required infrastructure, has also been provided.

Sheikh Hazza directed for the main mosque at the Al Hayer complex to be named after the late Suhail bin Mubarak Al Ketbi.

The project is part of the Emirati Neighbourhood community concept, where families live with all the required amenities, including schools, mosques, shopping centres, entertainment and parks.