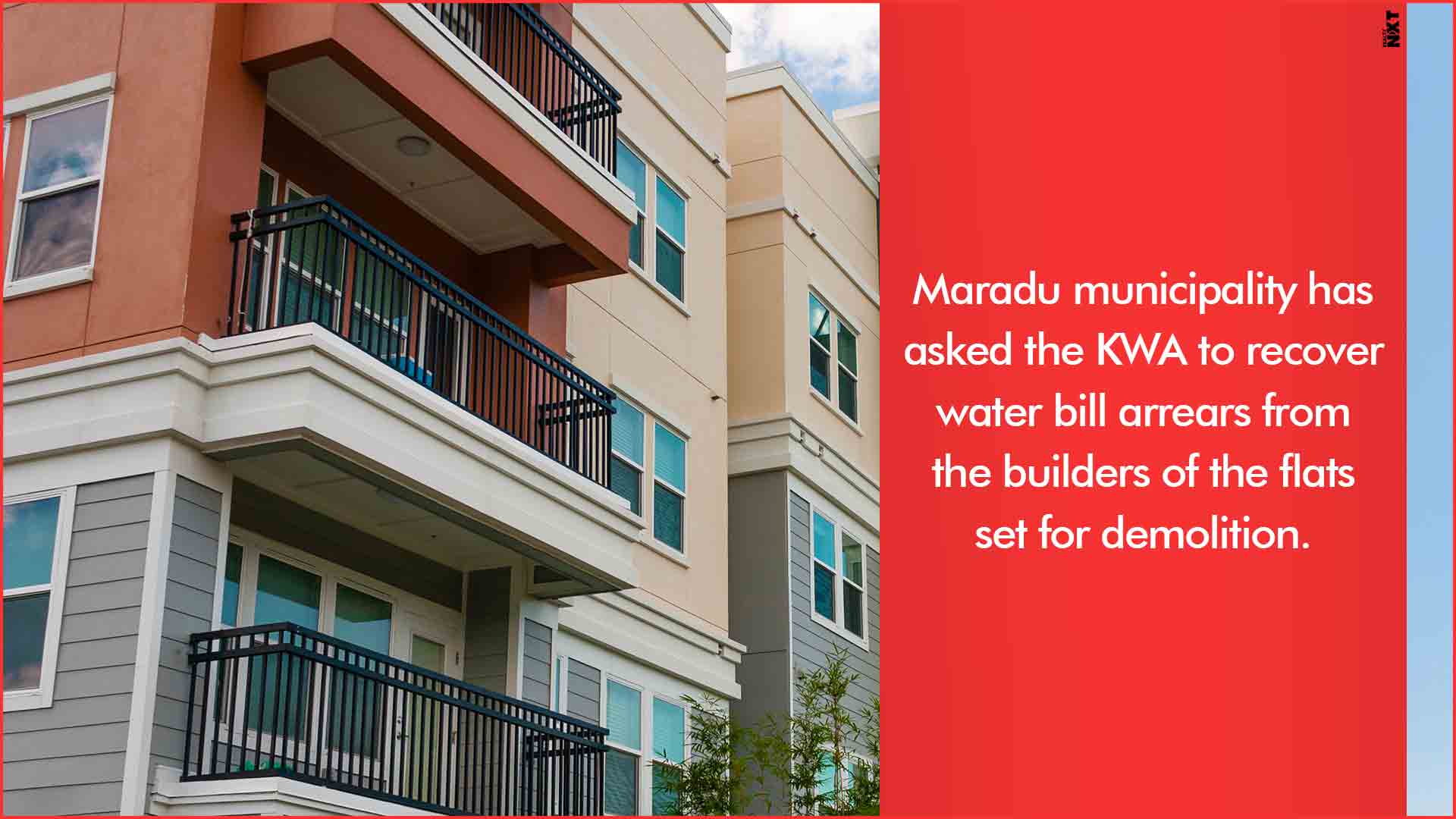 The KWA notice had said that the local body should take steps to recover the arrears either from flat owners or from the builders, since all the residents have vacated the flats.

The Maradu municipality has asked the Kerala Water Authority (KWA) to recover water bill arrears from the builders of the flats set for demolition.

The KWA had issued a notice to the municipality for recovery of the arrears from residents who were living in Jain Coral Cove, Golden Kayaloram and Alfa Serene.

The KWA snapped the water connection to all the three apartments on Friday. “After the SC gave its verdict on May 8 regarding the demolition of the four flats, none of the consumers paid their water bills. The department will do revenue recovery after we report it online,” said a KWA official.

The KWA notice had said that the local body should take steps to recover the arrears either from flat owners or from the builders, since all the residents have vacated the flats.

It had first snapped the connection on September 26 but resumed supply on October 1 after the residents demanded more time to leave the apartments. The water bill of the past 18 days has not been included in the arrears submitted to the local body.

The Kerala State Electricity Board (KSEB) officials have also been informed that the pending bills of consumers of the four flats be recovered from builders. ‘We had issued a notice to the sub-collector, who oversees the demolition procedures in Maradu. He said the amount will be included in the demolition expenditure, which will be footed by the builders,” said a senior KSEB official in Ernakulam.

ALSO READ: Over 600 backwater properties in Kerala to be demolished for CRZ violations, HC told