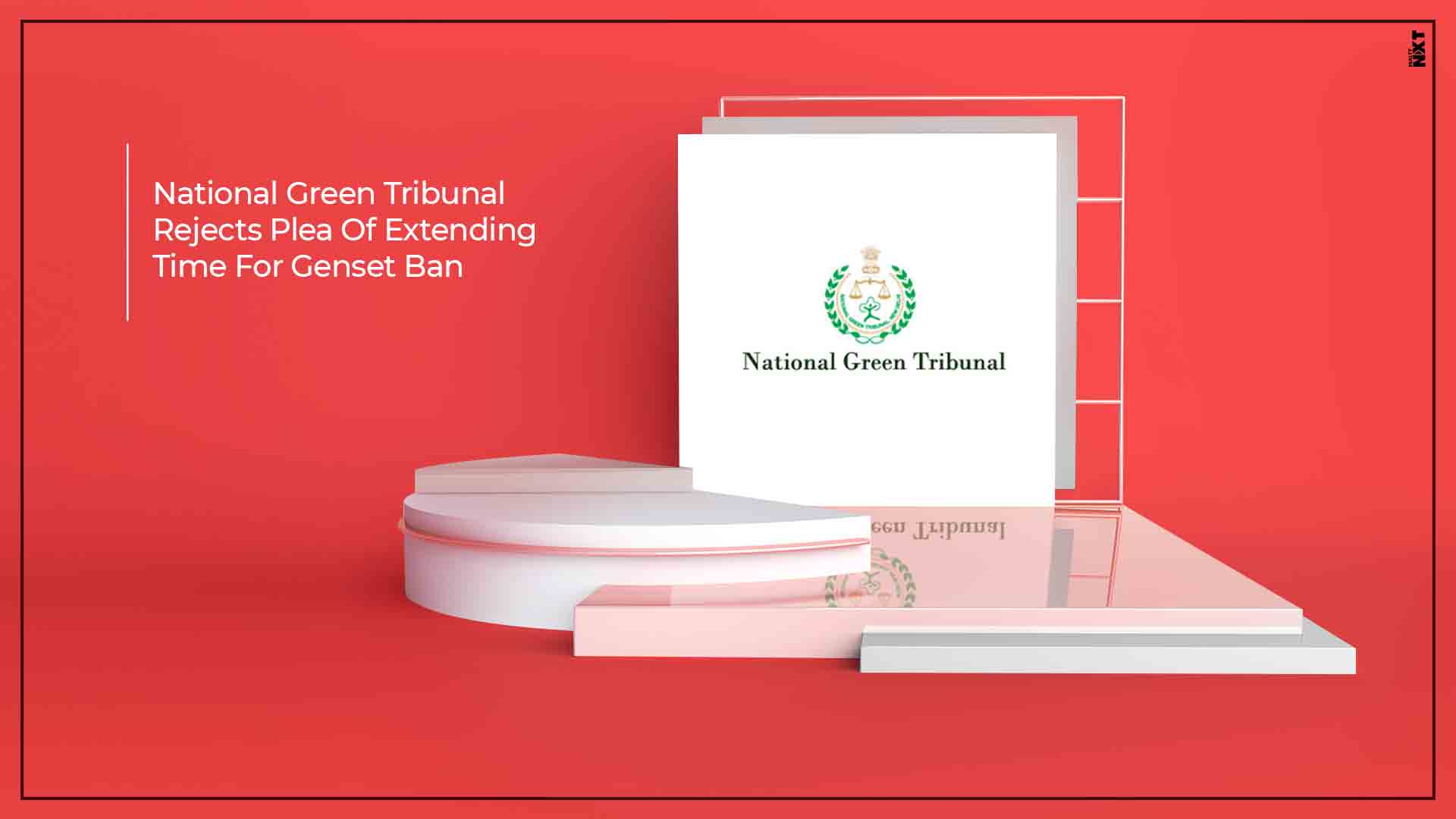 The National Green Tribunal (NGT) has dismissed a plea filed by Dakshin Haryana Bijli Vitaran Nigam (DHBVN) seeking more time to implement the ban on diesel gensets in NCR cities of the state.

The green tribunal said the discom should find other ways to prevent use of gensets and provide electricity. “The Graded Response Action Plan (GRAP) has been duly notified under the provisions of Environment (Protection) Act, 1986 and is binding, and that the impugned order is merely enforcing the GRAP. There is no illegality therein. Impugned action is an undoubted need for protection of the environment and public health. If the appellant cannot supply electricity, it is for the appellant to find out ways and means within the purview of law. This cannot be ground to use diesel gensets in violation of air quality protection norms. Citizens are entitled to breathe fresh air. Thus, no interference is called for,” states the NGT order (a copy of which is with TOI).

Last week, the discom had written to EPCA chief Bhure Lal over non-feasibility of the ban. It approached the green tribunal later.

The discom in its plea to NGT said, “While it is under obligation to distribute electricity, there are limitations in distributing electricity in the entire area due to technical non-feasibility. This makes it a compulsion to use DG sets.” It has blamed the private builders for not providing electrical infrastructure required in some sectors and housing societies.

DHBVN also made a representation to the state pollution control board and sent a copy to EPCA. However, its demand was turned down by the pollution authority.

Residents across the city, especially in new sectors, have been demanding adequate infrastructure for power distribution for years.

“Why does DHBVN want builders to apply for bulk connections? Why is it not putting a procedure in place so that individuals can apply for power connections? If DHBVN is short of manpower, it can make prepaid meters available. DHBVN is giving powers to builders to control the lives of people. DHBVN supplies electricity to builders at low rates and they charge residents at higher rates. This helps them make huge amount of money easily by not making required power infrastructure available,” said Sanjay Lal, vice president, Lagoon Residents Apartments Complex Association.

Activists and doctors, on the other hand, have been raising concerns over pollution caused by diesel gensets. “One of the major causes of worsening air quality is use of diesel gensets. If the generator is not in good condition, it can also emit unburnt hydrocarbons, which are even worse for the environment. The pollutants take around 4 months to dissipate, and therefore people are also exposed to these harmful gases for a prolonged time,” said Dr Piyush Goel, pulmonologist at Columbia Asia Hospital.

There are more than 10,550 high-power (more than 500kVA) gensets installed by 3,303 entities, including residential and commercial complexes after obtaining authorities’ permission. Around 3,000 entities are dependent on diesel generators of less than 500kVA.

EPCA has given strict directions to state pollution boards in NCR to ban diesel gensets after GRAP is implemented from October 15.