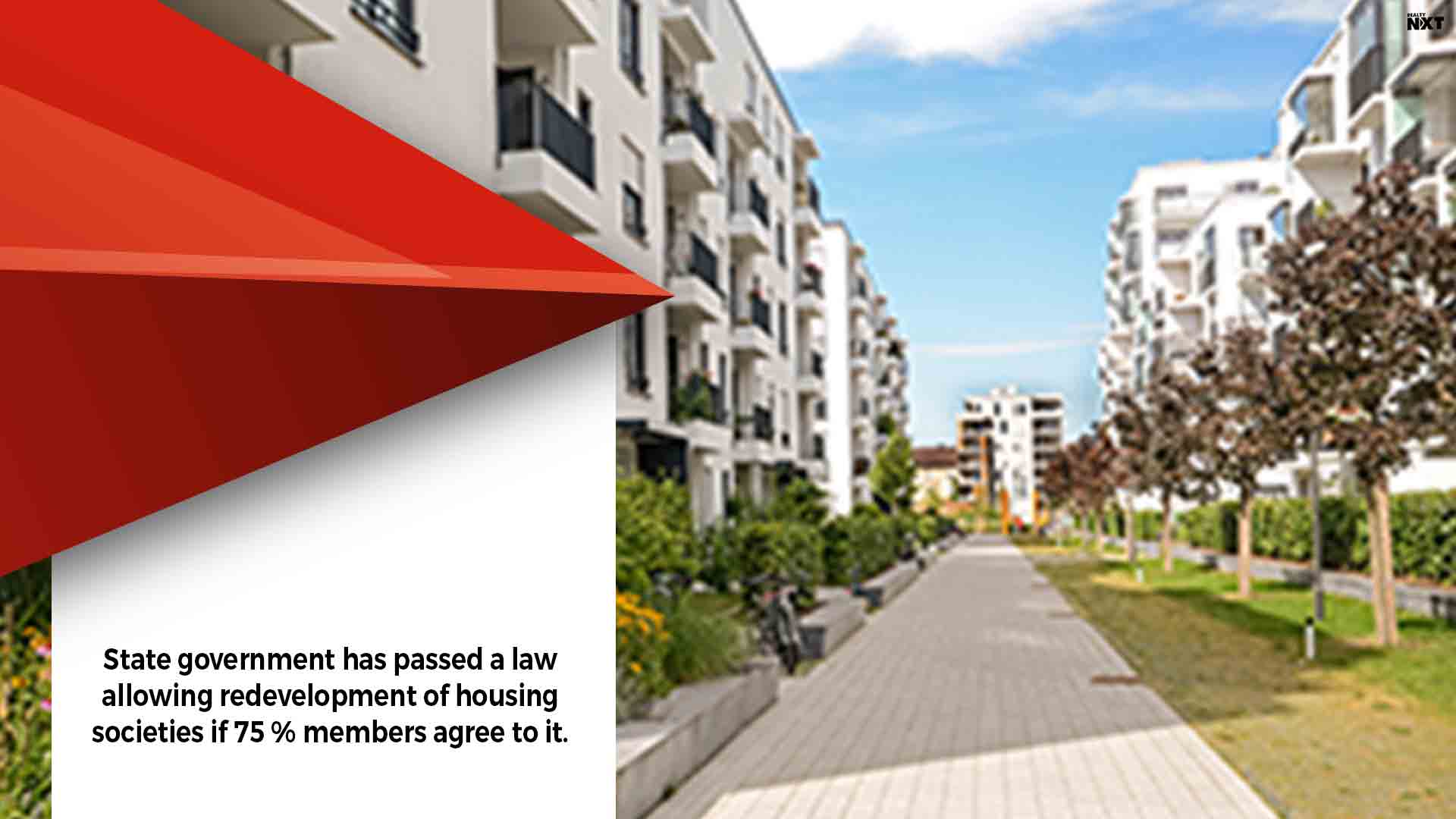 As many as 71 out of 72 members of Ashirwad Flats have signed contract with a builder to redevelop the society and shifted to rented houses for the past five months.

The state government has passed a law allowing redevelopment of housing societies if 75 per cent members agree to it. But that has not stopped a single member of an apartment in Vadaj from halting the redevelopment of the society.

Interestingly, the entire apartment structure has been razed except a block where the aggrieved resident lives on the ground floor.

As many as 71 out of 72 members of Ashirwad Flats have signed contract with a builder to redevelop the society and shifted to rented houses for the past five months. However, litigation by a member has stalled the redevelopment. The issue came up in Gujarat High Court which has asked the Board of Nominee to decide on the issue within six months.

Ashirwad Flats was built by Jay Sonar Co-operative Housing Society in 1978 with two-bedroom, hall and kitchen flats for 72 members. After the condition of the houses deteriorated, the members decided to opt for redevelopment. In May this year, the society’s management roped in a private builder to develop the flats and drew contract with each of the members.

As per the contract, the builder gives monthly rent of Rs 12,000 to each member, provides for 3 BHK flat and up to Rs 11 lakh including Rs 2 lakh maintenance deposit. In return, the builder will float a sprawling 14-storey building with 160 flats. Once the residents moved out, the builder razed most part of the apartment building barring a block where Shyam Lakhani lives.

“If we were wrong, why did 71 members of society agree to it and sign the contract with builder. We have got a lucrative offer and everyone was apprised about it ” – Rajendrasinh Purabia, chairman, Ashirwad society

“Earlier two members had objected to the contract, but now only one family is reluctant to sign it. He has started litigations on different forums, but the court hasn’t given any negative order against the society. The members have held several meetings with the builder, but an outcome eludes them,” said Jitendra Parmar, secretary of the society.

As per the case details, Lakhani has filed first suit in the Board of Nominee’s court which granted him relief and stayed his eviction. Subsequently, the society members approached the Revisional Authority which ordered in their favour. With the aggrieved member approaching the high court, it has asked the court of Board of Nominee to decide on the issue within six months.