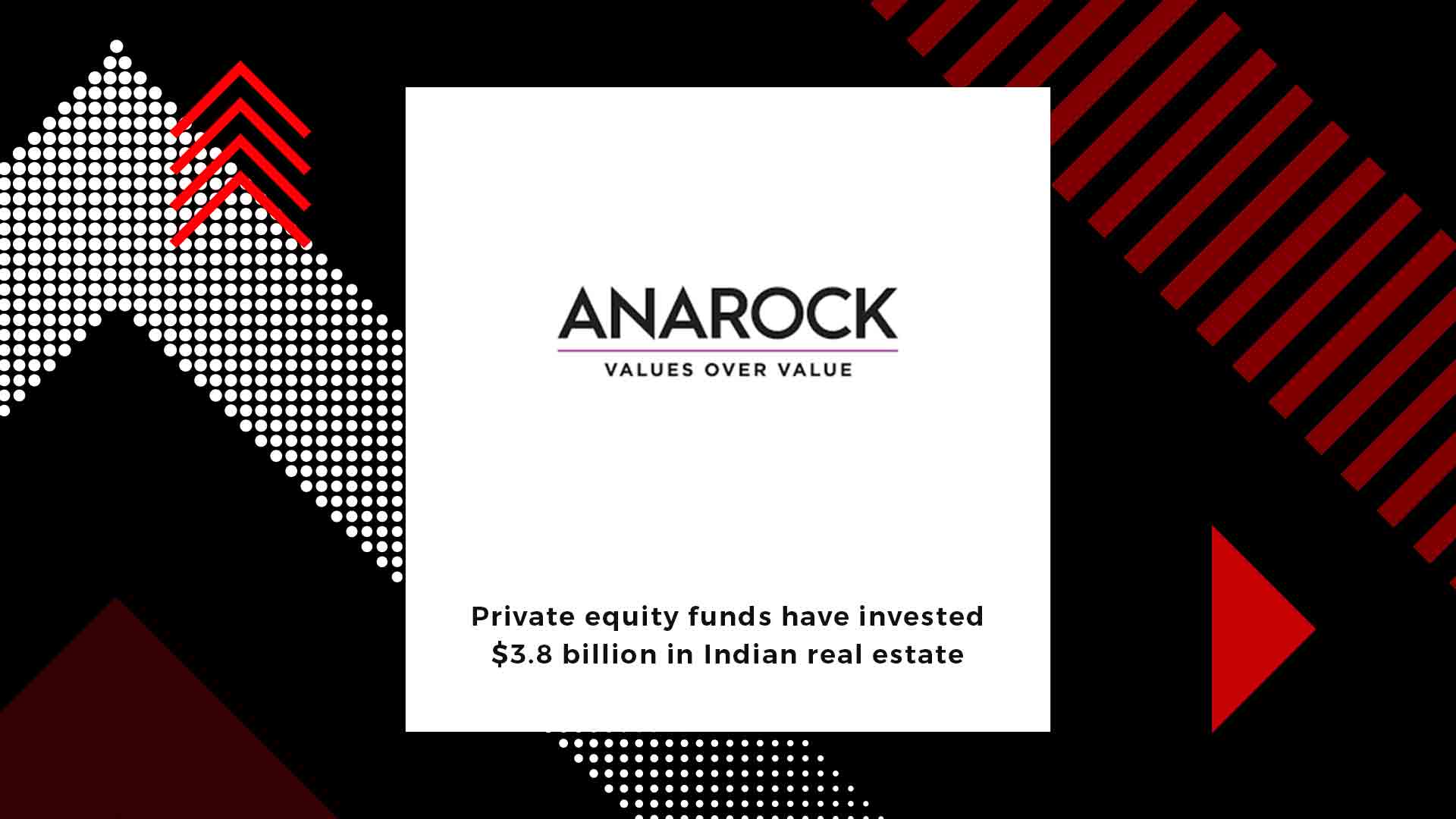 With banks and NBFCs turning their back on real estate, private equity funds are coming to the rescue of the cash-starved sector.

On the backdrop of the liquidity squeeze, private equity funds have invested $3.8 billion in Indian real estate in the first nine months of the calendar year, 19% higher than the $3.2 billion invested during the same period a year ago.

That’s 19% higher than the investment of $3.2 billion during the same period a year ago, according to ANAROCK Property Consultants data. Most of it went to commercial real estate and close to half to Mumbai. Investment in the National Capital Region (NCR) however declined.

As much as 95% of the money, or $3.6 billion, flowed in as equity investment at a time when other financiers are either avoiding exposure to the sector or have increased the risk weight associated with it. The remaining 5% was in the form of structured debt.

“Commercial real estate continues to be the hot investment target for private equity investors in 2019 and the trend will most likely continue in the quarters ahead,” said ANAROCK Capital managing director and CEO Shobhit Agarwal. “To add to it, the success of India’s first Reit (real estate investment trust) is a major draw for global investors who are keen to capitalise on the country’s high demand for Grade A commercial real estate.”

He reckons many investors are eyeing similar Reit opportunities, which in turn will open up more funding avenues for the sector as and when several large developers begin to list their commercial assets. India’s first Reit, the Embassy Office Parks Reit, was launched in March. NBFCs have been hit by a liquidity crunch in the wake of defaults by Infrastructure Leasing & Financial Services (IL&FS) last year.

While domestic investors’ appetite for the real estate sector has weakened, overseas investors are reposing their faith in it and also taking advantage of the ongoing liquidity scenario. Of the $3.8 billion invested so far, the third quarter alone has attracted nearly half of this amount.

According to Bhairav, institutional investors will continue to prefer commercial real estate assets given the robust demand and more monetisation avenues including Reit market opening.

Commercial real estate continued to lead the funds inflow, attracting 79% of the total investment or $3 billion, in the first three quarters, up 43% from $2.1billion in the year-ago period.

The residential segment attracted $295 million against $210 million a year ago. Retail and logistics and warehousing have seen total inflows of around $260 million and $200 million so far in 2019, respectively.

ALSO READ: India Can Raise Over $25 Bn With REITs in Next 3 Years – ANAROCK