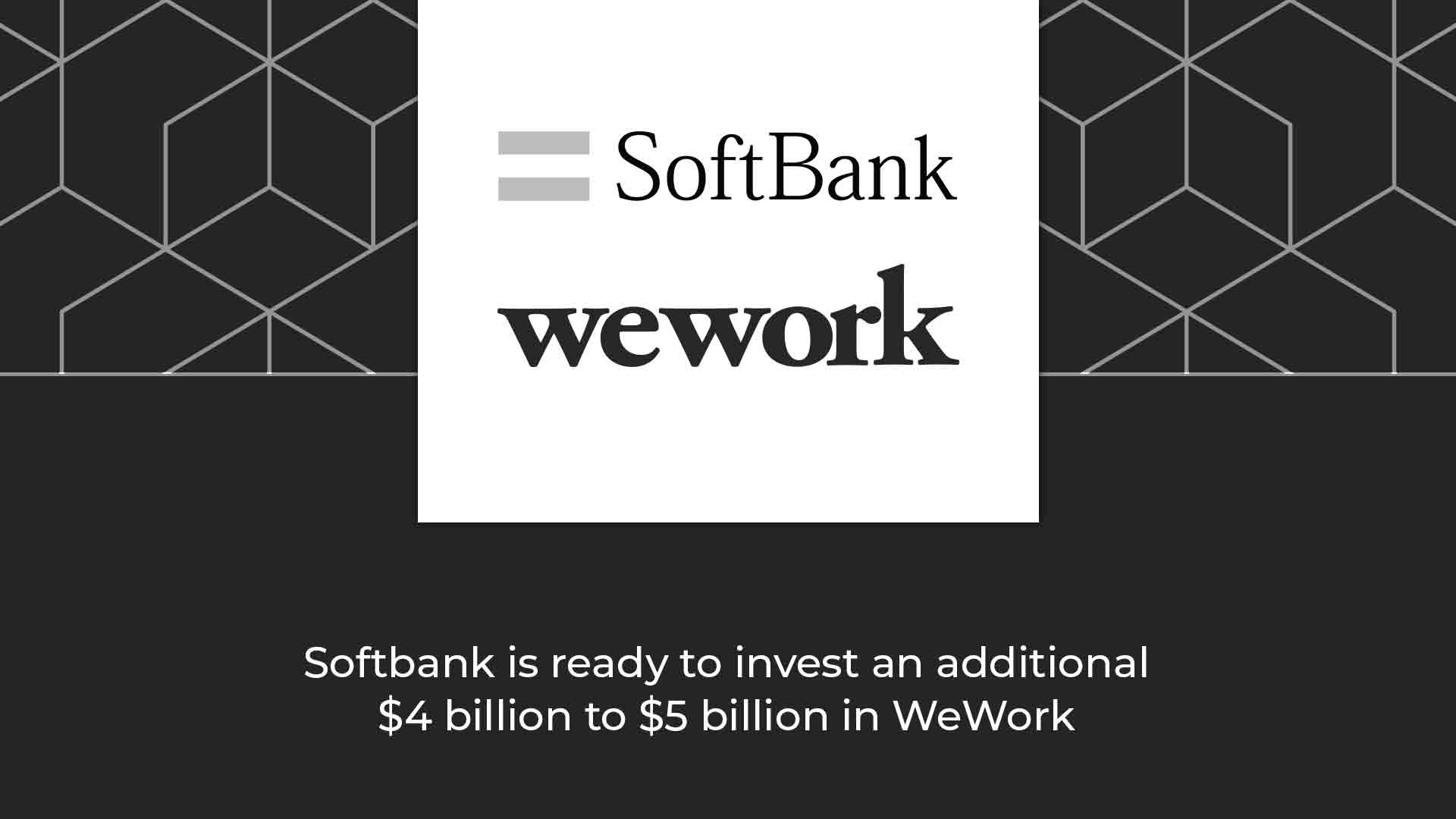 Softbank is ready to invest an additional $4 billion to $5 billion in WeWork, taking a majority stake in the New York company while valuing it at $8 billion overall, the source said, asking not to be identified.

Japan-based SoftBank is ready to buy a controlling stake in WeWork, providing the shared office space startup desperately needed funding at a slashed valuation, a source told AFP on Monday.

Softbank is ready to invest an additional $4 billion to $5 billion in WeWork, taking a majority stake in the New York company while valuing it at $8 billion overall, the source said, asking not to be identified.

WeWork — which declined to comment on the issue — had been valued at more than $47 billion earlier this year.

The SoftBank proposal includes offering to buy more than a billion dollars in shares of WeWork from existing investors and employees, among them co-founder Adam Neumann.

Investment bank JPMorgan Chase, which already has an interest in WeWork, was expected to have a debt financing plan for the startup board of directors to consider at a meeting on Tuesday, according to the source.

WeWork needs to raise at least $3 billion to cover its financing needs through the end of the year, according to sources.

If WeWork opts for the SoftBank offer, the Japanese conglomerate headed by billionaire Masayoshi Son will own more than 80 percent of the startup.

The deal would also limit the influence of former chief executive and co-founder Neumann.

Neumann stepped down as chief executive in September amid questions over perceived self-dealing between his personal assets and WeWork, and over unconventional personal conduct, including drug use.

The company also scotched a plan to go public for the foreseeable future, ending one key financing route.

Ratings agencies have downgraded WeWork’s bonds to “junk” status due to a cash crunch. The company reported $1.9 billion in losses in 2018 as it expanded rapidly.

The startup, which launched in 2010, has touted itself as revolutionizing commercial real estate by offering shared, flexible workspace arrangements, and has operations in 111 cities in 29 countries.