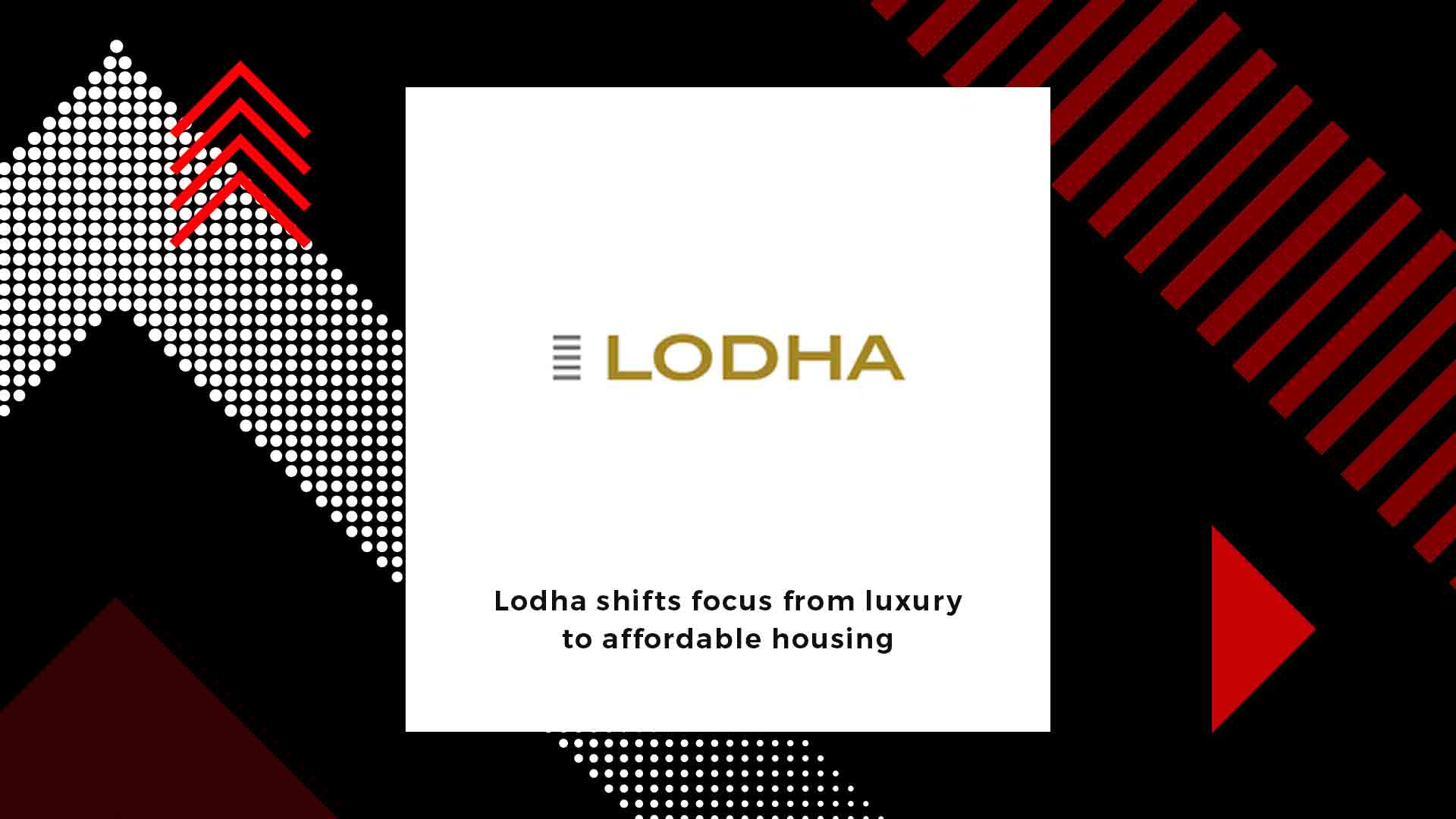 Macrotech Developers, earlier known as Lodha Developers, will cut the share of premium housing from its portfolio to about 17% from 30%, said Managing Director Abhishek Lodha.

Macrotech Developers, earlier known as Lodha Developers, will cut the share of premium housing from its portfolio to about 17% from 30%, said Managing Director Abhishek Lodha. It’s also looking to increase contributions from so-called affordable housing to about 50% of revenue over the next three to four years from 40%.

“All our new investment is going in affordable and office,” Lodha said in an interview at the company’s premium World Towers residential project in Mumbai on Thursday. “We are managing our liquidity very, very carefully. It is something which we need to watch more carefully now than we would even 18 months ago.”

India’s real estate market has been battered over the past three years by a series of policies from Prime Minister Narendra Modi’s government and more recently by a collapse in lending by non-bank financial companies. While unsold premium homes pile up across the country, builders are relying on Modi’s home-for-all push to keep demand for budget apartments robust even as the broader economy decelerates.

The cash crunch comes months before Macrotech is due to repay a $325 million U.S. dollar-denominated bond it had raised to develop two premium residential properties in London. Rating companies downgraded the company’s ratings twice this year citing weak sales and liquidity and its narrowing refinancing options.

One London project is complete, the other will be completed in the next six months, and the cash flows will help repay the bond, Lodha said. At least until then he doesn’t expect to divest any more stakes to private equity firms after earlier selling 28% of the company’s holding.

“We are well on track to make the arrangements to make the payment in March 2020,” Lodha said, declining to share details. “We are available as a secondary source if there is a shortfall. We don’t expect a shortfall, though.”

Back home in India, Macrotech’s smaller peers are struggling to survive. To help combat the downturn, Lodha recently started a new business line that would offer apartments at as low as Rs 25 lakh ($35,000).

— For homes priced above 40 million rupees, the so-called premium segment, about half have been unsold since 2013 in the Mumbai metropolitan region, according to Anarock

— Unsold luxury homes costing more than 15 million rupees rose 5% from a year earlier to 86,400 units by the end of September across cities in India; unsold stock across various budget segments fell 5% to 655,710 units, Anarock data show

— The number of developers in India has plunged by 46% between 2012 and 2018, according to Edelweiss Securities Ltd.

Authorities must do more to improve demand, and that includes lowering borrowing costs in an economy where mortgage rates are above 8% despite the central bank reducing its policy rate to 5.15% and inflation running at about 4%, Lodha said.

He also plans to boost the share of Macrotech’s rent-yielding portfolio and list it as a real estate investment trust in the next two to three years. India can raise more than $25 billion through REITs over this period, Anarock estimates.

The company has sold almost 80% of the apartments in the 78-story Trump Tower that it is developing in south Mumbai. The luxury homes — priced at Rs 7.5 crore ($1.1 million) or more — will be handed over to buyers starting December, Lodha said.

Lodha, the 39-year-old son of Macrotech’s founder, said the three-decade-old company has seen sales rise 6% in the first half of the financial year that started in April. That’s somewhere in the middle when compared to its historical performance, he said.

“I would not say I am happy but we are okay,” he said. “It’s a tough time, but it’s not an insurmountable situation.”