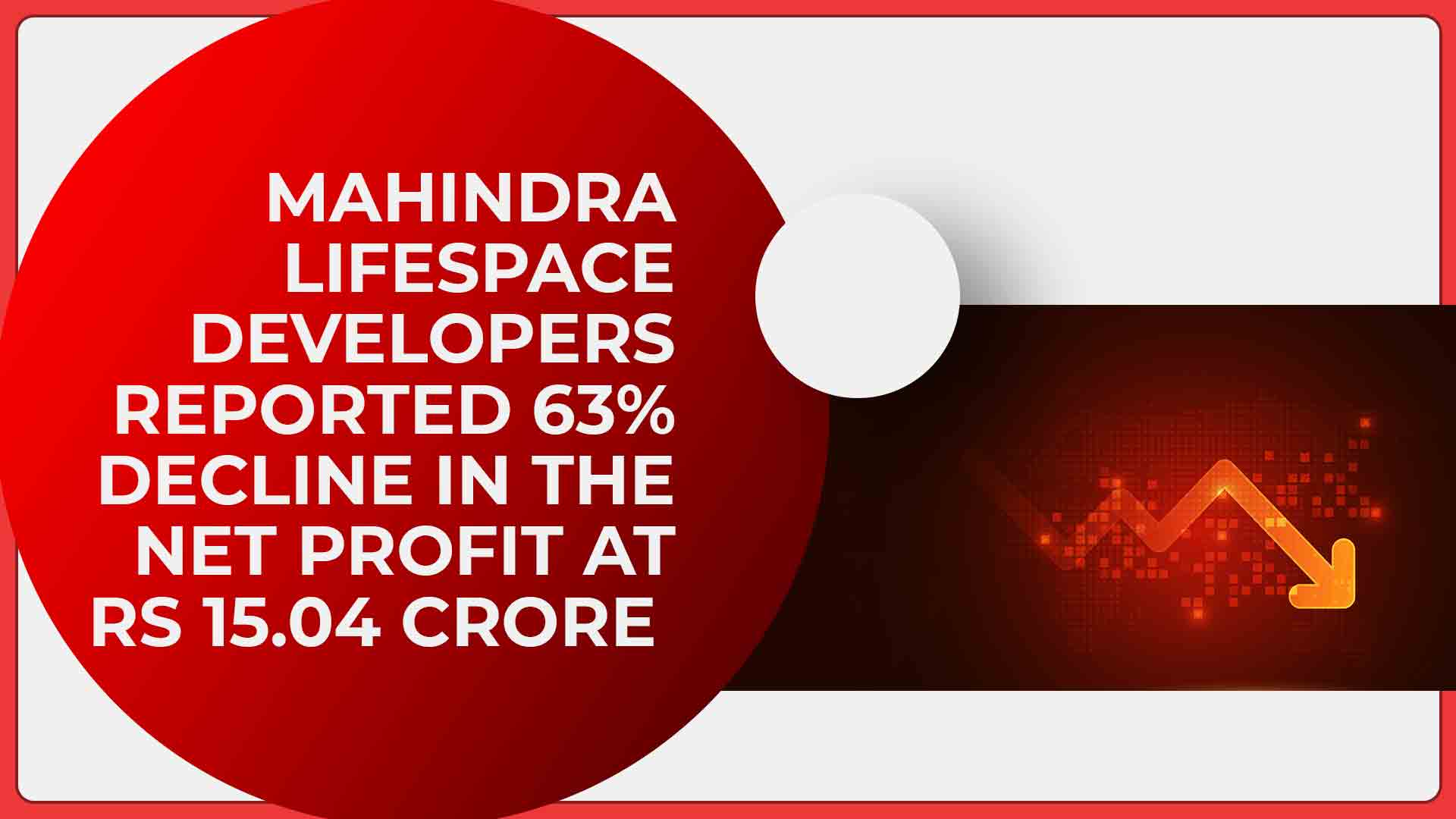 Despite a near three-fold jump in revenues, realty player Mahindra Lifespace Developers on Tuesday reported 63 per cent decline in the net profit at Rs 15.04 crore for the second quarter ended September of the current fiscal mainly on the back of higher expenses.

Its total income for the July-September quarter increased nearly seven-fold to Rs 329.84 crore as against Rs 93.87 crore in the corresponding period last fiscal.

The company’s total expenses for the period grew to Rs 314.54 crore as against Rs 87.57 crore in Q2 FY19, mainly attributable to the project cost.

“Focus on operational throughput has resulted in continued strong collection and completions during the quarter,” its managing director and CEO Sangeeta Prasad said in a statement.

She further said the company is evaluating land deals mindfully and building a pipeline for future growth, taking into consideration the current business environment.

“Its the time for trusted developers like us to reinforce our position with customers. The company is gearing up for launches across geographies and an uptick in institutional sales in H2, in addition to its focus on collections and completions,” Prasad added.

During the quarter, the company achieved sales of Rs 106 crore or nearly 1.9 lakh sqft in residential business, excluding cancellations at its Luminare project.

It also handed over 258 units to customers helping deliver 719 homes to H1 FY20.

During the ongoing festive season, the company launched its Vicino project in Mumbai.