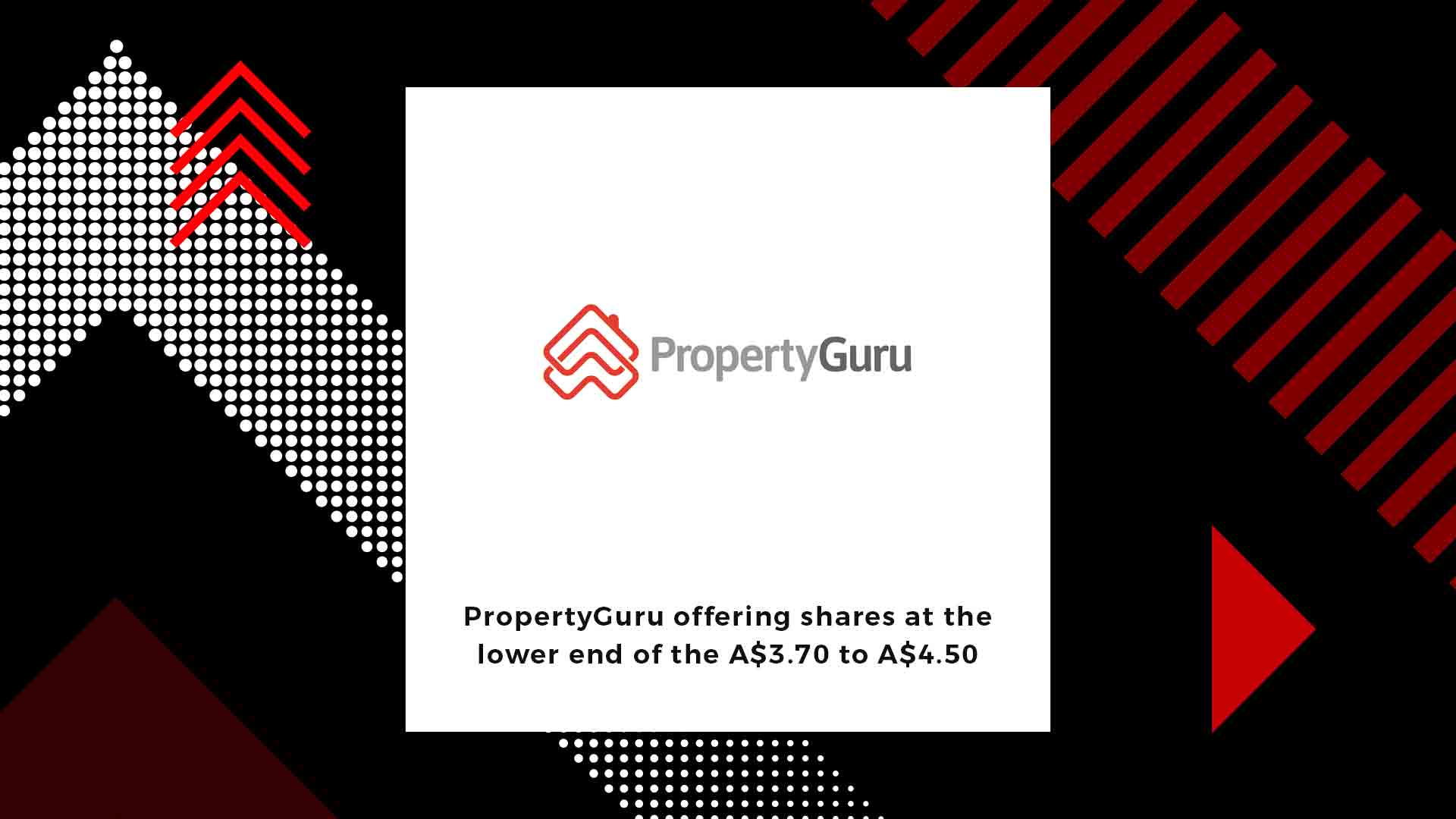 PropertyGuru, the Southeast Asian online realty company, is offering shares at the lower end of the A$3.70 to A$4.50 indicated range as it takes orders for its Australian initial public offering (IPO), according to two sources close to the deal.

A book message, seen by Reuters, sent to investors on Tuesday by the deal’s joint lead managers, UBS and Credit Suisse, also says institutional demand is oversubscribed. The sources did not want to be identified because they were not authorised to speak to the media.

Ahead of the deal, PropertyGuru had indicated the stock would be priced to institutional shareholders to raise up to A$380.2 million.

“These firm allocations to retail brokers, combined with early orders and indications received from institutional investors prior to the formal opening of the bookbuild, are in excess of the deal size at the bottom end of the price range,” the book message said.

“Institutional price sensitivity is currently focused on the bottom end of the price range with a number of indications above that level,” the message said.

A successful IPO would buck the recent trend in Australia. Two deals – Latitude Financial and MPC Kinetic – failed in the past fortnight after they were unable to find enough investors. New IPOs have raised just $416 million in the first nine months of 2019, not including PropertyGuru. That is the lowest amount for the period since 2012, according to Refinitiv data.

The decline in new listings comes despite a 18.2% jump for the stock market .AXJO this year and record low official interest rates. PropertyGuru shares are set to start trading on Friday if the bookbuild, be finalised tomorrow, is successful.

PropertyGuru, backed by KKR and TPG Capital, is based in Singapore and operates in that market along with Vietnam, Thailand, Malaysia and Indonesia.

The company has said it chose to list in Australia because of the presence of Domain and REA Group on the Australian Securities Exchange.

KKR and TPG are not selling down in the IPO but their holdings will be diluted.

Emtek, the integrated Indonesian media company, will sell down 18.2 million shares, taking its holding from 15.5% to 7.33%. UBS and Credit Suisse representatives declined to comment on the message sent to investors.