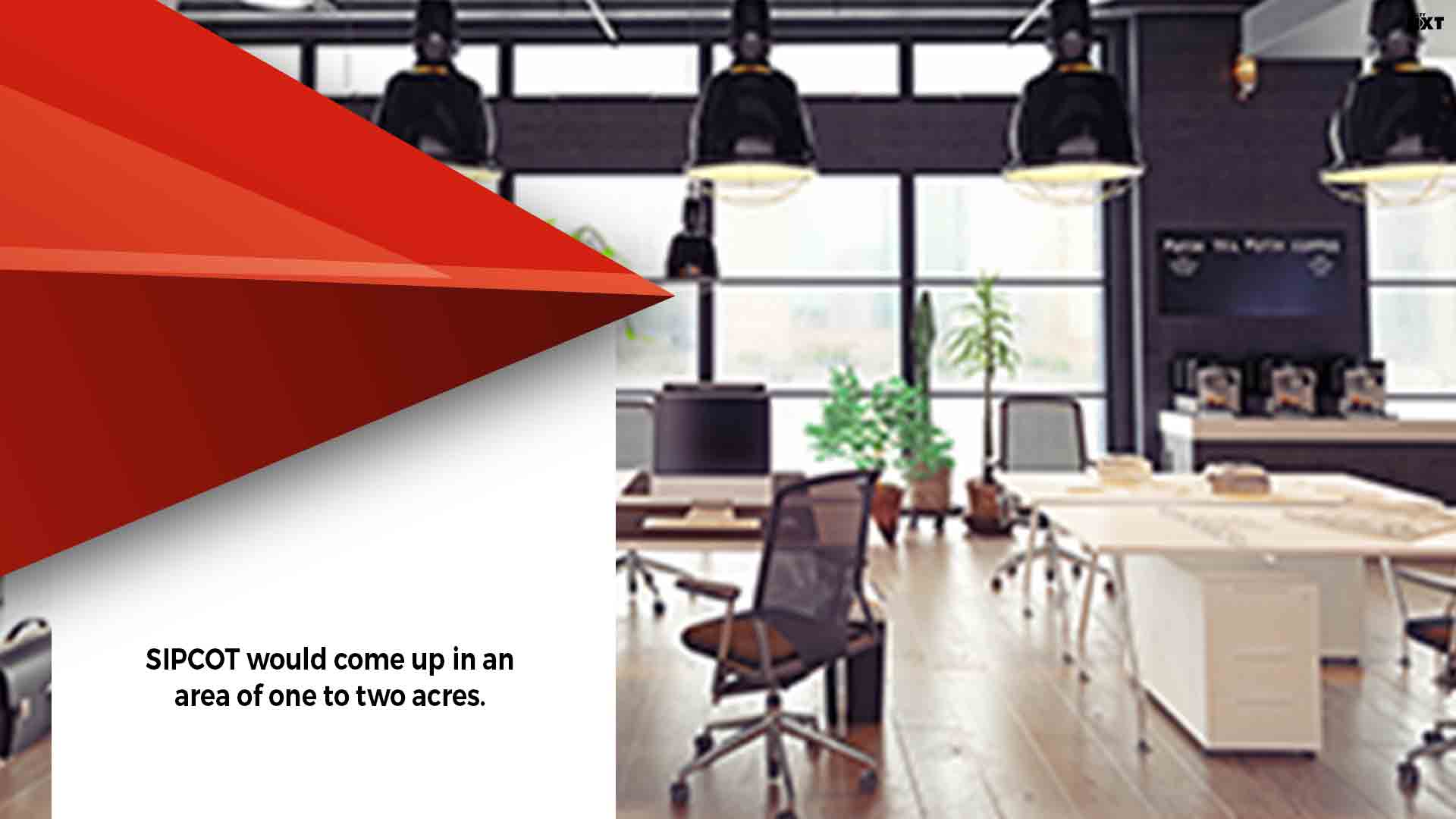 According to SIPCOT sources, the facility would come up in an area of one to two acres.

Cashing in on the demand for co-working spaces, the State Industries Promotion Corporation of Tamil Nadu Limited (SIPCOT) has decided to establish a facility at Siruseri IT Park on Old Mahabalipuram Road (OMR). The state-owned corporation would appoint a consultant to study the model for the purpose.

According to SIPCOT sources, the facility would come up in an area of one to two acres. “There is a demand for co-working spaces. We may either lease out the space to co-working space developers or form a ‘special purpose vehicle’ with private players to operate the facility on revenue sharing basis,” a senior industries department official said. A consultant would study the revenue model, the official added.

On one acre, co-working spaces will be established in area of 30,000 sq ft. The co-working space building will have common facilities such as internet and cafeteria. “In fact, there is a demand from leading IT firms at Siruseri IT park for co-working spaces,” the official said.

Interestingly, co-working spaces would make an entry into government-run IT parks on OMR for the first time. Tidel Park, a joint venture by state-owned Tidco and Elcot, in Taramani does not have co-working space facility.

More than 200 players are operating workspaces, both in brand and non-brand segments, across the country. Sanjay Chugh, city head – Chennai, Anarock Property Consultants, said that Chennai witnessed absorption of nearly 3mn sqft office space during the first half of this year, of which the share of co-working space is nearly 28%.

“Latest trends suggest that it may see growth of 15-20% over the next few years,” he said in an emailed statement. Maximum leasing activity in co-working spaces was recorded in Bengaluru during the first half of the year, followed by Hyderabad and Chennai.

Sanjay Chugh said that trends also suggest that properties located in Central Business District (CBD) areas have an occupancy of 80%–85%, while in suburban areas it is 60%–70%.

Purushothaman, former senior director at Nasscom, said the state government should look into the possibilities of improving public transport facilities to Siruseri, as the IT park is located on the outskirts of the city.

“It is important because co-working spaces are generally in high demand in the CBD. Moreover, the government should also have an advisory on the co-working space board to handhold startups at Siruseri IT park,” he added.