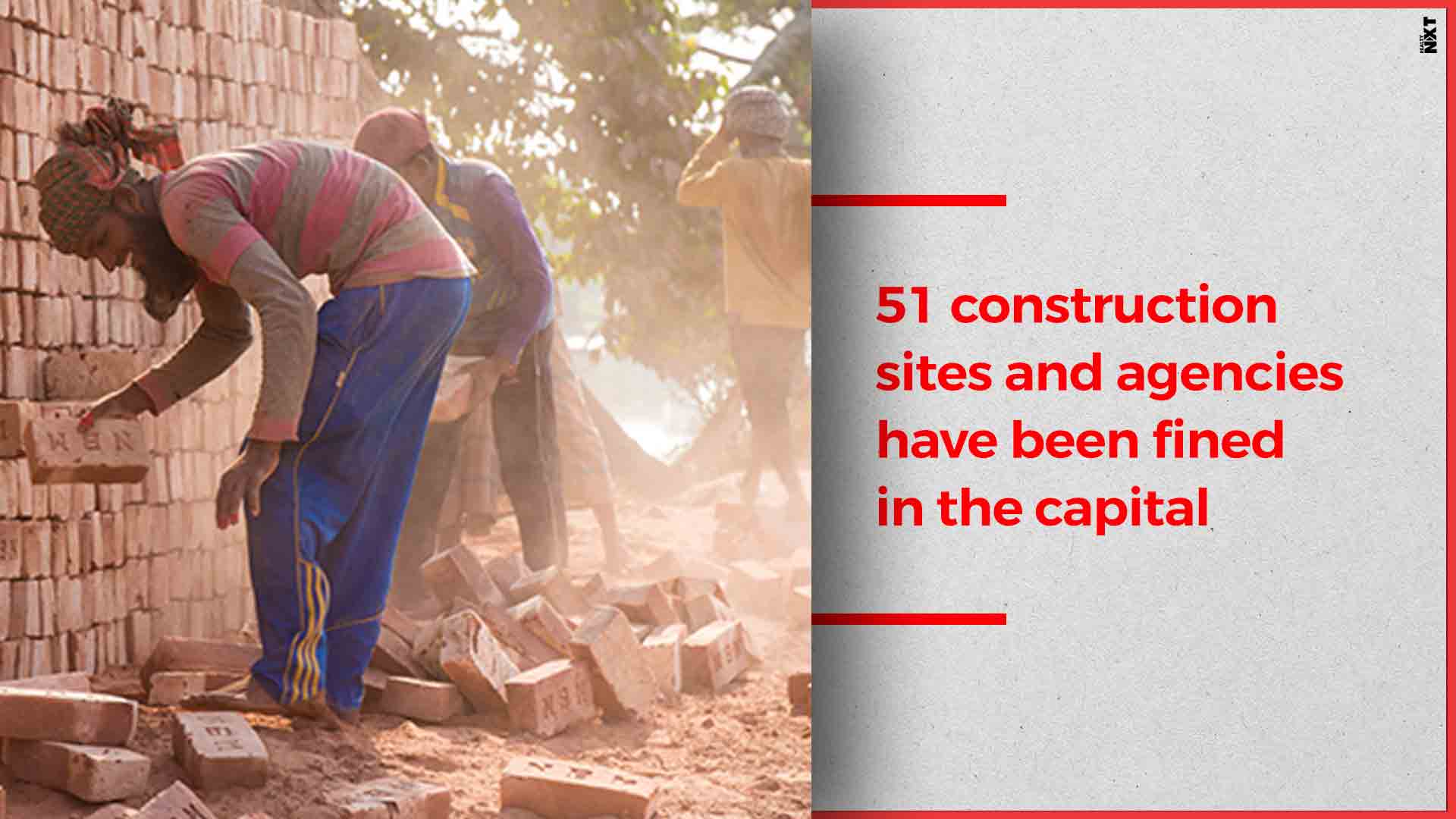 As many as 51 construction sites and agencies have been fined in the capital since September 21 for improper dust control measures and poor management of construction and demolition waste (C&D). Delhi Pollution Control Committee (DPCC) has also levied fines totalling Rs 2.7 crore on the violators.

The state pollution control board, which has formed eight special teams to monitor construction sites and the dust pollution arising from them, said that hefty fines up to Rs 50 lakh had been issued to agencies like National Highways Authority of India (NHAI), Public Works Department (PWD) and South Delhi Municipal Corporation (SDMC). These agencies were fined Rs 50 lakh each for garbage and C&D waste dumped along the highways and roads falling under their jurisdictions.

“Heaps of construction and demolition waste were found on a road along a stretch of 500-600 metre at Dhaula Kuan. Environmental Damage Compensation (EDC) of Rs 50 lakh each was imposed on PWD and South MCD on September 27. On the same date, NHAI was fined Rs 50 lakh for garbage and C&D waste dumped along the highway in Dwarka,” said a DPCC official.

DPCC member secretary Arun Mishra told TOI that fines are issued on the spot, and the quantum is calculated based on the gravity of the violation and its impact, as well as the size of the area. “While EDC is imposed on the spot by an inspection team, we are also issuing notices to the construction sites to rectify the identified problems within seven days. If they don’t take the corrective measures, the site will be shut down during the team’s second inspection,” said Mishra.

The DPCC has been issuing fines ranging from Rs10,000 to Rs5 lakh for construction sites violating dust norms across the capital. The violations, Mishra says, include openly dumped construction material, no tarpaulin used to cover the construction site or material, no sprinkling of wheel washing facilities, and no dust masks provided to the workers. “Each construction site needs to have a wind breaker which is observed first, before the overall inspection of the site is carried out to determine if the measures to control dust pollution are adequate or not. This list is submitted in the form of a notice to the construction site afterwards,” said Mishra.

Fines of Rs 5 lakh each have been issued for violations at several sites, including Atal Akshaya Urja Bhawan at Lodhi Road, Gramin Vikas Bhawan at KG Marg, Deepak Memorial Hospital at Vikas Marg, the WHO SEARO building at IP Estate, the proposed medical college of ESIC hospital at Basai Darapur, and the construction site of a housing complex at Khyber Pass.

If the air quality enters the “severe plus” category, a ban can be imposed on the construction activities as per the Graded Response Action Plan (GRAP).

(Note: The story has been published without modifications to the text. Only the headline have been changed.)
Source : TNN