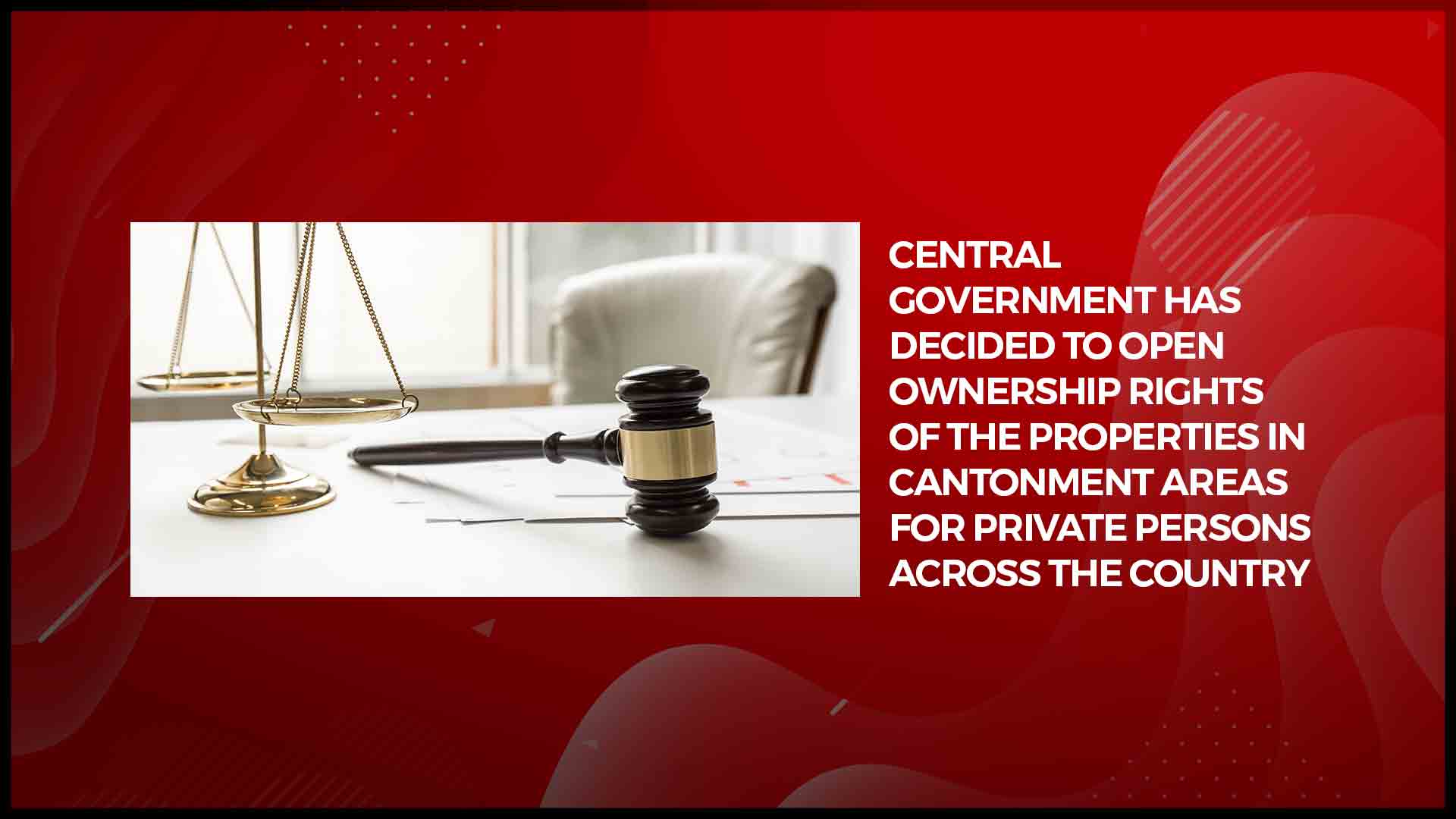 As per the report, the properties in 62 military cantonments should be made open to private players. It has drew lot of criticism from Indian Army and other forces.

The Central government has decided to open ownership rights of the properties in cantonment areas for private persons across the country, contrary to the Ministry of Defence’s wishes, sources said on Tuesday.

Retired IAS officer Sumit Bose, who headed a committee to work on what should be the mechanism – if at all – to transfer of rights of bungalows built on cantonment land, had submitted a detailed report to the government approving ownership transfers of properties in cantonment areas.

So far, according to prevalent rules, such ownership cannot be transferred.

The government has decided to go ahead with the Bose report. “Conveyance of grant properties which was hitherto illiquid is now open but on case by case basis,” a source said.

As per the report, the properties in 62 military cantonments should be made open to private players. It has drew lot of criticism from Indian Army and other forces.

The committee, headed by Bose, had been discussing “significant changes” in decision-making powers regarding control of defence land. The Army was upset last year as they had stated that they were is not being represented or even consulted on crucial meetings.

Sources in Indian Army have maintained that key changes are being made in the Army Cantonment Boards in order to benefit the scam-tainted Directorate General of Defence Estates (DGDE), which manages defence land worth several lakh crore rupees.

Under the Congress-led United Progressive Alliance government in 2010, it was mooted to disband after DGDE after several charges of corruption were levelled against it, including the high-profile Adarsh Society scam.

Sources in Indian Army that DGDE were given overriding powers in the name of modernisation and democratisation of the governance structure of Cantonment Boards.

DGDE, however, had refuted such claims saying that the Corps of Engineers had contributed a lot to the deliberations of the committee.

It had also stated that the committee is tasked among others to examine and recommend on issues like building bye-laws in cantonments, review of existing floor space index, municipal services being provided to residents of cantonments, modalities for transfer and mutation of properties.