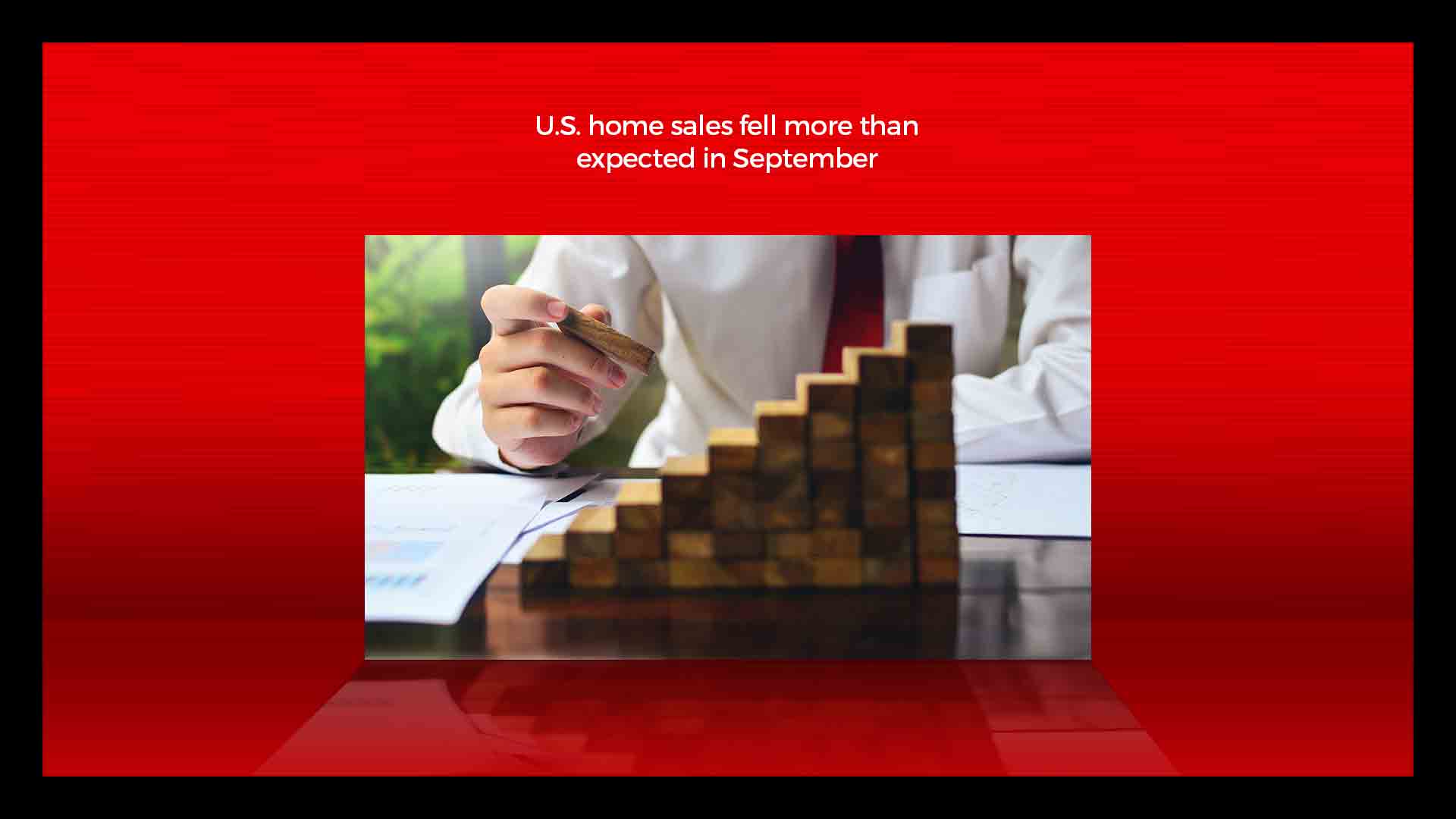 The U.S. Federal Reserve has cut interest rates twice this year, which has bolstered the housing market by lowering mortgage rates. Investors expect another interest rate cut when policymakers meet next week.

U.S. home sales fell more than expected in September as the market continues to struggle with a dearth of properties for sale, especially for cheaper homes.

The U.S. Federal Reserve has cut interest rates twice this year, which has bolstered the housing market by lowering mortgage rates. Investors expect another interest rate cut when policymakers meet next week.

The 30-year fixed mortgage rate has dropped more than 125 basis points since last November’s peak to an average of 3.69%, according to data from mortgage finance agency Freddie Mac.

But home sales have seesawed for much of this year as a chronic lack of properties on the market has inflated prices, keeping them unaffordable for many would-be homeowners. Land and labor shortages have also crimped supply.

There were 1.83 million homes in the market last month, a decline of 2.7% compared to a year ago. It was the fourth consecutive month of year-on-year inventory declines.

The median existing house price increased 5.9% from a year ago to $272,100 in September, the strongest price appreciation since January 2018. It was the 91st consecutive month of year-on-year price gains.

“We had hoped price increases would be in line with wages…but that is not the case,” said NAR Chief Economist Lawrence Yun.

Existing home sales rose 3.9% from one year ago, the NAR said. Sales fell across the nation’s four regions last month. They dropped 3.1% in the Midwest and 2.8% in the Northeast. They declined 2.1% in the South and edged 0.9% lower in the West.

At September’s sales pace, it would take 4.1 months to clear the current inventory, down from 4.4 months a year ago. A supply of six to seven months is seen as a healthy balance between supply and demand.

(The story has been published from a wire feed without any modifications to the text)
Source : Reuters