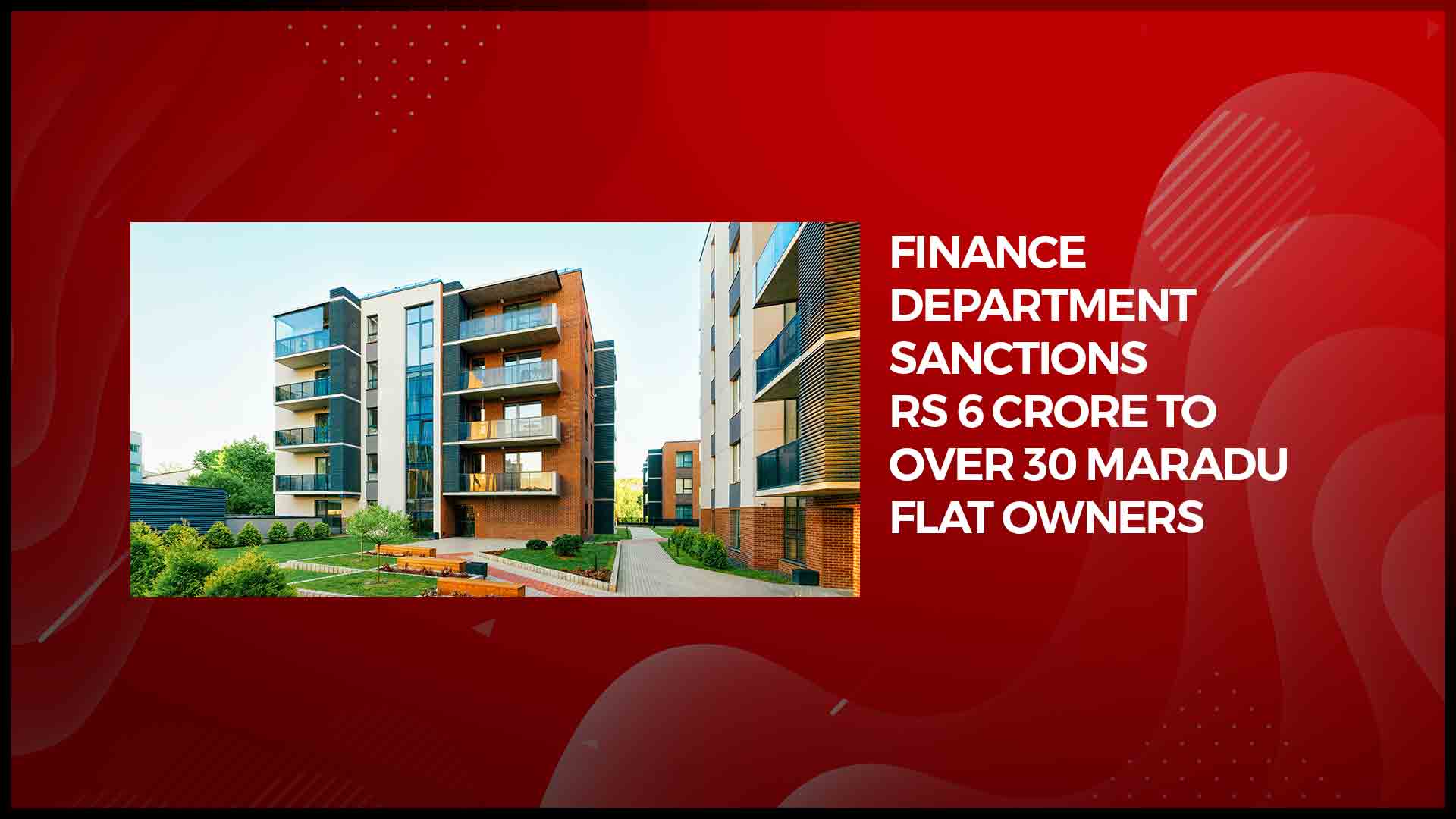 ​​The committee has recommended compensation for 107 flat owners in Maradu municipality amounting to Rs 19.09 crore based on scrutiny of documents.

The finance department has sanctioned an amount of Rs 6 crores for 38 flat owners in Maradu municipality, who have been found eligible for compensation as per the recommendation of the three member committee, headed by retired Justice K Balakrishnan Nair.

The committee has recommended compensation for 107 flat owners in Maradu municipality amounting to Rs 19.09 crore based on scrutiny of documents.

The department has now sanctioned Rs 6 crore after the department of environment furnished various details like eligible amount, bank account of 38 flat owners.

Manoj Joshi, additional chief secretary (finance) said that the state is paying the compensation from its own funds as per the Supreme Court order. “The SC has directed the government to pay compensation and then recover it from the people responsible. We are just following the order. We are insisting on signed affidavit from the beneficiaries that a bank account for which details are furnished is their own so that no mistake is made while transferring the amount,” said Joshi.

The department is looking at an amount close to Rs 100 crore as initial payment of compensation. Department officials said that although the outflow of such an amount is bad and shouldn’t happen, the government has to comply with the SC order.

As per the SC order, the state government has to pay from their of own funds, Rs 25 lakhs to each of the flat owner, who were evicted. The order, issued on September 27, directed the government to pay the amount within four weeks.

The SC has made it clear that the amount shall be recoverable from those responsible, which includes builder or promoter and the officials responsible for construction. It is at this point that the finance department is clueless as to how they are going to recover the amount being paid as compensation since the ongoing probe by the crime branch has hinted at involvement of people apart from the builders in allowing the construction of apartments in CRZ area.

The three-member committee has so far received a total of 239 applications from flat owners of which less than 100 applications are remaining to be processed. With the state government having to apprise the SC on the progress of activities by October 25, the committee has focused on awarding the initial compensation mainly based on the sale amount which has been officially recorded.

“The second phase will involve examination of the receipts of payment and certification from the builders whether they had actually received the amount from the buyer or not,” a member of the committee said.

Municipality authorities are now in the process of tracking down the owners who are yet to turn up for the compensation and this is being done with the records available with the department of registration.