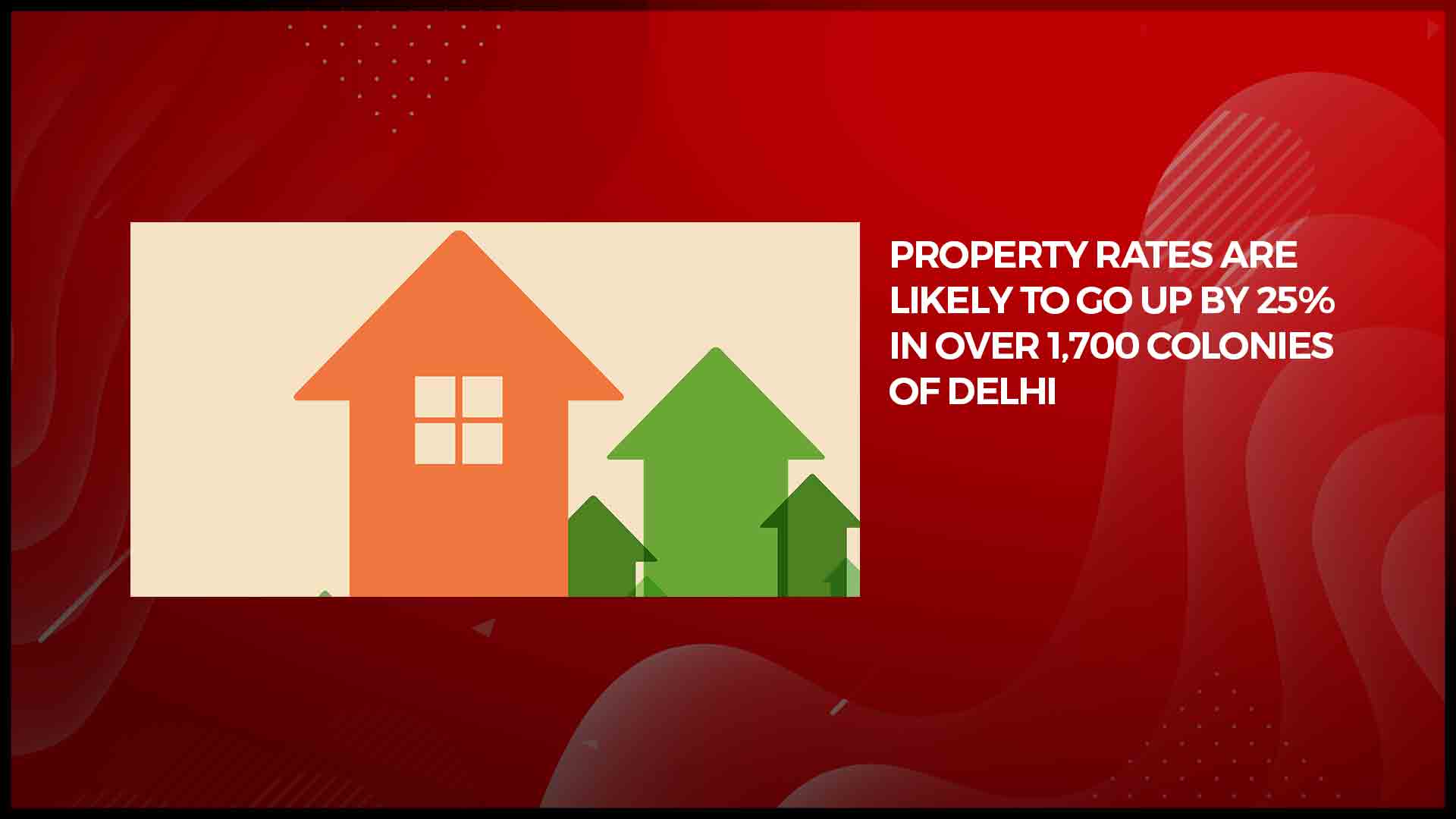 Real estate agents said the middle class segment, which could not afford a home in Central part of the capital, is now expected to start buying, fuelling the increase in rate.

Property rates are likely to go up by 25% in over 1,700 colonies of Delhi, which the Centre has decided to regularise.

Real estate agents said the middle class segment, which could not afford a home in Central part of the capital, is now expected to start buying, fuelling the increase in rate.

Confederation of Real Estate Developers’ Association of India (CREDAI) said the move to regularise these colonies will reduce demand for property in the National Capital Region, which will boost the resale market and also lead to a price correction in the existing regularised colonies with an increase in supply.

“The middle class segment, who could not afford a house in Delhi, can go for purchase since they can get loan on these properties now,” said Gaurav Gupta, president of CREDAI NCR. “But the NCR towns, which already have bulk of unsold inventories, may witness reduction in demand as people would prefer to stay in Delhi.”

The Union Cabinet had on Wednesday approved the proposal to regularise these colonies and decided to introduce a bill in the next session of Parliament to implement the proposal. About 1.8 million homes are likely to be regularised and a majority of them will be available for sale.

The owners were finding it difficult to sell the homes due to the illegal status of these colonies, non-availability of bank loan and lack of basic infrastructure.

“In short term, the secondary market may witness an increase of 15-20%. But the key factor shall remain the actual implementation of the infrastructure,” said Kshitij Nagpal of Association of Property Professionals.