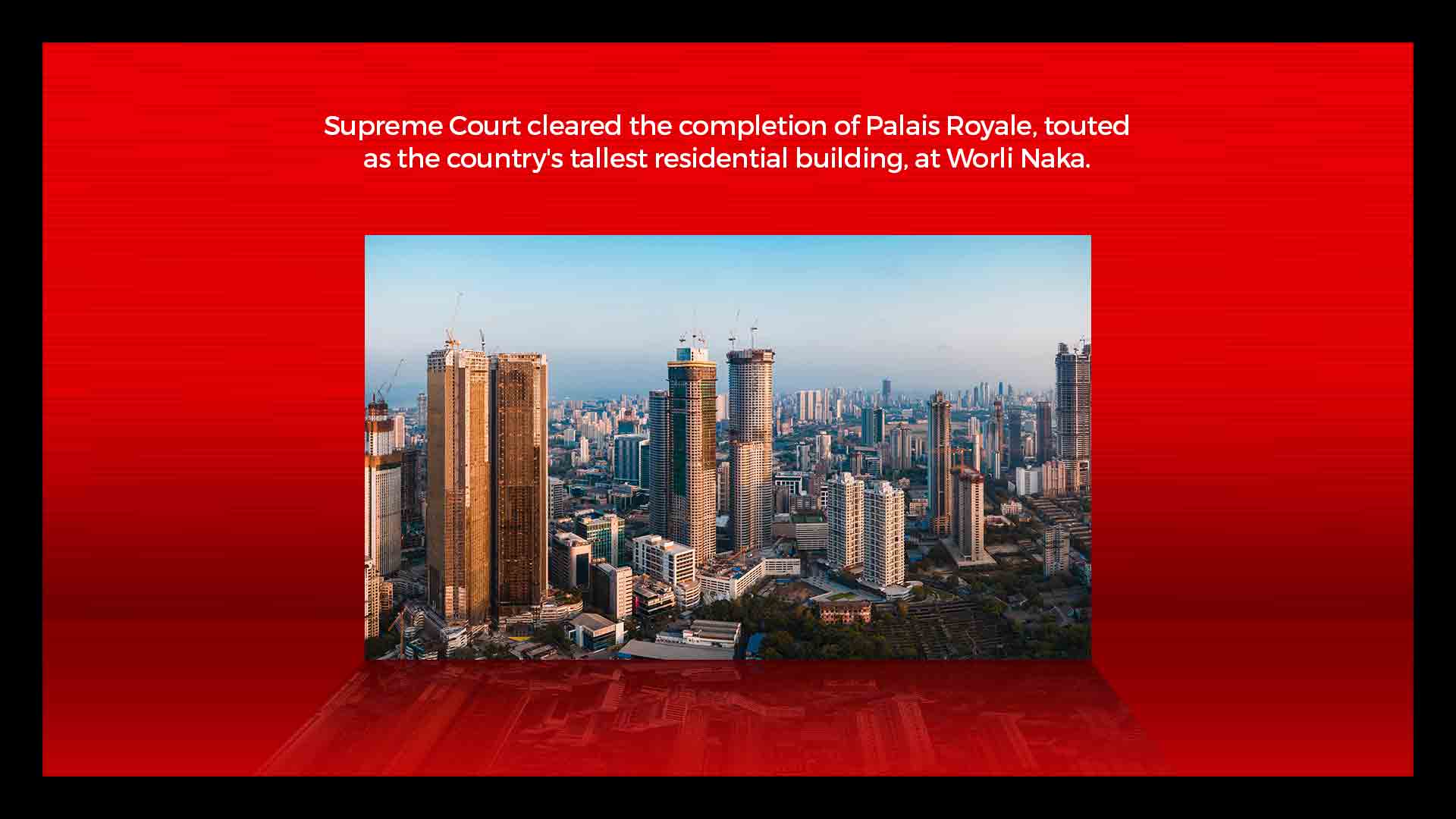 The 294-metre (56-floor) tower has been jinxed for its promoter, the Vikas Kasliwal-run Shree Ram Urban Infrastructure (SRUIL), and dozens of flat buyers who paid Rs 25-50 crore for each of the luxury apartments.

Almost a decade after allegations of building violations first surfaced, the Supreme Court on Thursday cleared the completion of Palais Royale, touted as the country’s tallest residential building, at Worli Naka.

The SC overturned a Bombay HC order and dismissed the appeal filed by NGO Janhit Manch, which had challenged the excess refuge areas granted to the skyscraper by BMC and a public parking lot (PPL) building on the adjoining plot.

The 294-metre (56-floor) tower has been jinxed for its promoter, the Vikas Kasliwal-run Shree Ram Urban Infrastructure (SRUIL), and dozens of flat buyers who paid Rs 25-50 crore for each of the luxury apartments.

Earlier this year, Indiabulls auctioned the property after SRUIL failed to back loans amounting to Rs 915 crore. A little-known company called Honest Shelters bought the tower for Rs 705 crore.

“We have examined the matter on merits, notwithstanding that we are not satisfied with the bona fides of PIL, as the litigation has a chequered history and has several rounds,” the SC said.

The apex court directed the BMC to take over the PPL and “proceed further to decide concerning 13 floors (44th to 56th floors) of the residential building within one month from today”.

The commencement certification was of February 2005, and in 2008 development rules were modified to allow work on the multi-storeyed parking lots abutting the roads.

On the parking area being constructed and handed over to the corporation, free of cost, private owners would be entitled to an incentive FSI, not reserved for any public purpose. SRUIL had applied for the construction of the PPL.

The plans were approved for the construction of three basements, a ground floor, and 15 upper floors. The commencement certificate was up to the plinth level of the PPL, including three basements. The SC noted that the PPL has been constructed entirely.