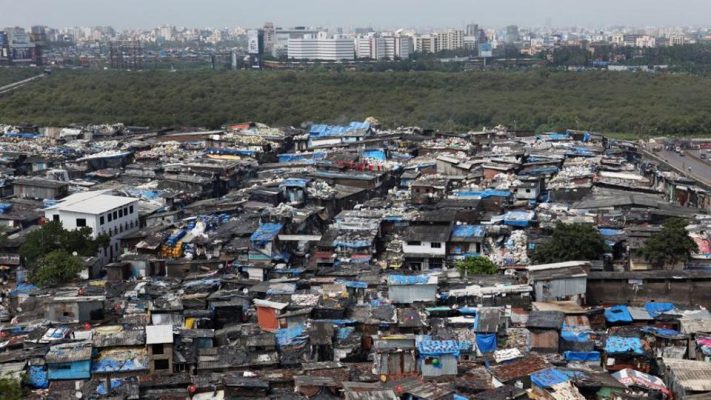 Though the SRA has issued a stop-work order, the residents fear they could yet be evicted from their ancestral homes at D’monte Lane.

The owners of 10 bungalows at Orlem in Malad West, who say they have been living there for decades, have allegedly been termed members of an adjacent sweepers’ colony to include them in a Slum Rehabilitation Authority (SRA) scheme without their knowledge.

The 10 bungalows, at D’monte Lane, were issued demolition notices after their owners were deemed to be members of Sairaj Guriyapada SRA CHS Ltd to allow Transcon-Sheth Creators (Pvt) Ltd to implement an SRA scheme.

The demolition notices were served on June 13 under Section 33/38 of the SRA Act and called for the structures razed in 48 hours. However on August 9 the bungalow owners got a stay from the apex grievance redressal committee of the SRA.

Despite the stay, on October 5, access to one of the bungalows – owned by Connie Remedios – was allegedly blocked and her electricity and water supply cut off. The residents once against approached the SRA’s apex committee and managed to get a stop-work order for the sale component of the SRA scheme. Some of them also filed a case in court.

Advocate David Joseph, solicitor for Remedios’s family, said, “We urgently moved the apex body saying that the developer was digging the foundation of the structure so that it would collapse. The apex body came down heavily on the builder and asked the builder’s representative if they were excavating beneath the bungalows, which he denied.”

However, the apex committee appointed two engineering officers, who submitted a report confirming the excavation work and the disconnection of electricity and water supply. Accordingly, on October 19, the apex committee issued a stop-work notice in the area surrounding the bungalows.

Joseph alleged that that the developer had formed a bogus society, the Sairaj Guriyapada SRA CHS Limited, comprising 50 members of the sweeper community who had encroached on some other land.

He added, “The builder then started including privately owned chawls in this society. So number of people went up from 50 to 1,500. The builder is using this society to harass bungalow owners. However, they were unable to show the apex committee the share certificate issued to my client. In exchange for 4,000-sq-ft bungalows the builder wants to give 269-sqft structures in 2024. The sale of flats in the planned 60-storey buildings has already been completed under the SRA scheme.”

Bruce Remedios, Connie’s son, said, “We were shocked to learn that despite being third-generation residents our bungalow was earmarked as a slum. Our plot was inspected without notifying us. What gives the SRA the authority to come to our plot at the request of a builder? We have been living here for more than 50 years. It has been our ancestral home since my grandmother’s days.”

Anita Masurkar, who lives in another bungalow, at Baretto Compound, said, “We have a 1,500-sq-ft bungalow with a 5000-sq-ft garden and my aunt has a 1,500-sq-ft house, but we have been clubbed under SRA. It is a blatant lie that we are encroachers. My grandfather bought this land. We were cultivators then. The builder has come into the picture only now. Our 7.5-acre plot is next to the sweepers’ colony but we have nothing to do with them. How can we be labelled slumdwellers and sweepers?”

Kiran Wagle, whose family has lived at another bungalow, The Retreat House, since 1948, said, “This bungalow is from the British era. I have all relevant documents to show my ownership in 1950. The developer is digging and doing sewage work to disturb the structure.”

Joseph said that now that the demolition has been temporarily halted, the apex committee will look into how this land was declared a slum. He added, “A slum is defined as hutment colony without water, electricity, drainage and streetlights. But the residents of the bungalows have all these amenities and have been paying all the necessary taxes. The hutment dwellers included in the SRA scheme are far away from this plot. How can an independent bungalow, with a compound wall, be declared a slum?” On Thursday, he received a notice from the chairman of the SRA’s apex body, asking him to be present in Mantralaya on October 30 for a hearing on the stop-work notice.

However, the developer denied the allegations and claimed to be the rightful owner of the land. Amit Jalan, nominee director of Transcon-Sheth Creators (Pvt) Ltd, said, “This plot was declared a slum by SRA more than 10 years ago. Residents claim we are threatening them but this is false. There were 225 who complained but all have vacated except one. Those who claim to have bungalows are in fact encroachers. They are asking for Rs8-10 crore for one 180-sq-ft slum structure. The matter is in court and we are fighting it legally. We are not forcing them or telling them to get out of their houses. No eviction notices have been served. The matter has been with the SRA’s apex committee and the high court for a year.”

Pradeep Pawar, executive engineer, SRA, said, “The slum declaration issue doesn’t fall under my jurisdiction. The matter is with apex grievance redressal committee and there is an appeal pending with the slum tribunal. I cannot divulge more information or comment on a judicial matter.”