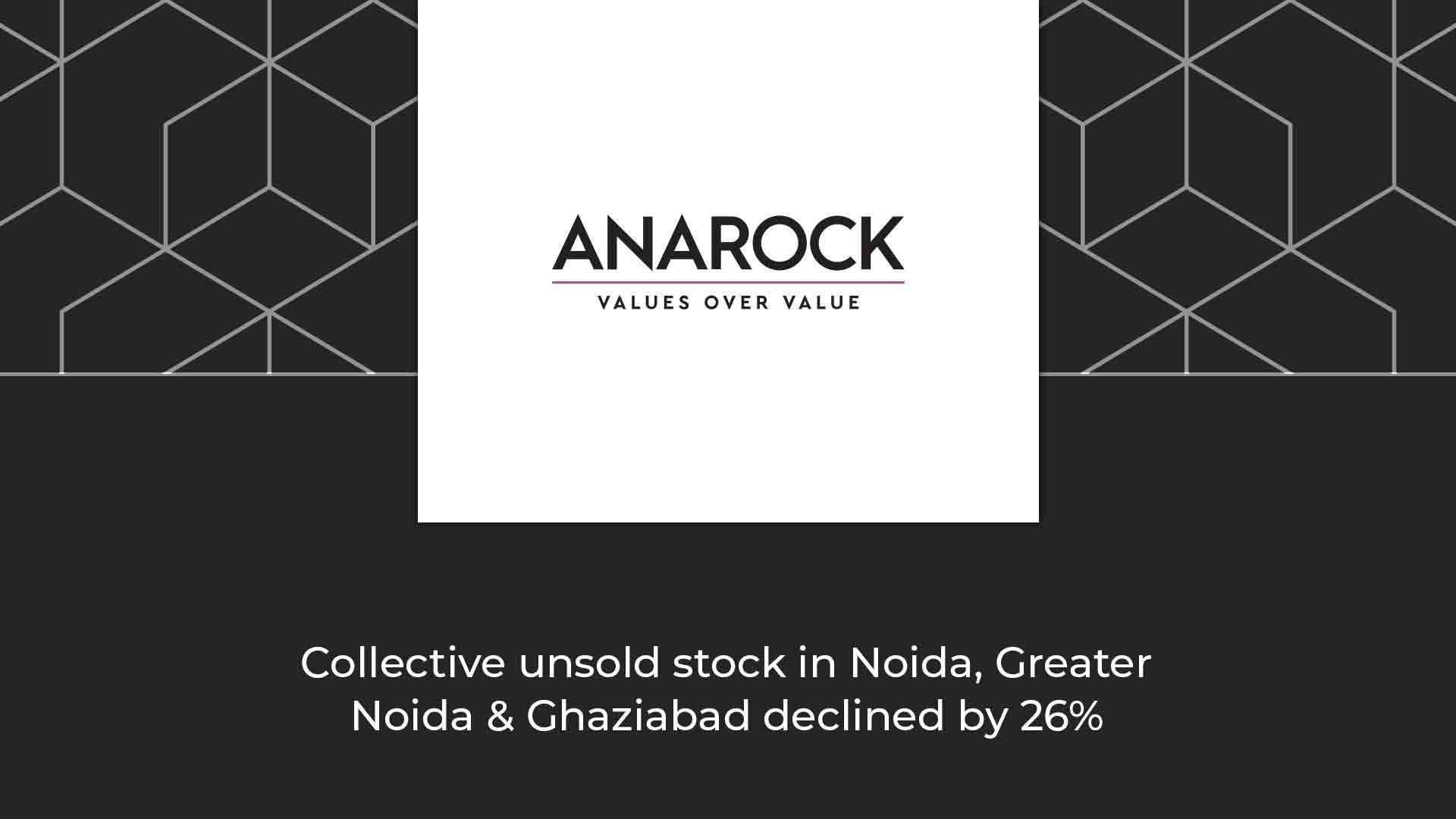 The top 3 UP cities within NCR – Noida, Greater Noida and Ghaziabad – saw the maximum decline in overall unsold housing stock in two years in the state. A joint report by ANAROCK and NAREDCO – ‘Addressing Challenges & Progressing Ahead in Real Estate’ – released at the 1st National RERA Conclave in Lucknow today finds that the collective unsold stock in these cities of UP had declined by 26% – from 1,31,150 units in Q3 2017 to approx. 97,270 units by Q3 2019 end.

Remarking on the report, Anuj Puri, Chairman – ANAROCK Property Consultants says, “Noida, Greater Noida and Ghaziabad succeeded in significantly reducing unsold stock primarily because of developers’ conscious restriction of new supply in favour of ongoing project completion. While Gurugram alone saw more than 2,030 units launched in Q3 2019, these three key cities of UP collectively launched a mere 1,610 units. Two years ago, as well, the Millennium City saw new supply of 3,520 units while the other three cities launched just 1,220 units in the same quarter.”

UP RERA Rewrites Rules, Clamps Down on Dilutions

The report underscores that while RERA policies have been diluted from the Central Act across states, the Uttar Pradesh government proactively revisited its RERA rules to eliminate dilutions and favour aggrieved homebuyers – particularly in Noida and Greater Noida, where several projects are either stuck or delayed.

Mr. Parveen Jain, Vice Chairman, NAREDCO says, “The Indian real estate sector continues to face challenges in terms of reduced construction finance and high levels of unsold inventory. However, a slew of reforms and measures introduced by the government in the past few years have started showing positive results. Recovery in sales can already be seen across micro-markets. Real estate regulation and other positive measures by the government have made the market more responsible towards deliveries. This especially reflects in the NCR market, where along with a decline in launches, developers are focused on completion of unsold inventory.”

The new rules, which are expected to bring all ongoing projects for which completion certificates were not issued on or before 1st May 2016 under the purview of RERA, currently await the state government’s approval. Nearly 76% of a total of 17,077 complaints filed with UP RERA till September 2019 relate to promoters and projects in Noida, Greater Noida and Ghaziabad. However, UP RERA has disposed of more cases (over 10,000) since its inception than any other state with active RERA rules in place.

The report also examines the overall macroeconomic environment in India – including FDI inflows, inflation and GDP growth rate – and the challenges the Indian residential real estate sector faces. The major bottlenecks are lack of funds, the fallout of over-dependence on NBFC/HFC funds, and unmitigated burden of delayed/stalled units and lack of interest of PE players towards the residential segment.

After analysing the most pressing issues, the report suggests short, mid and long-term solutions. For instance: