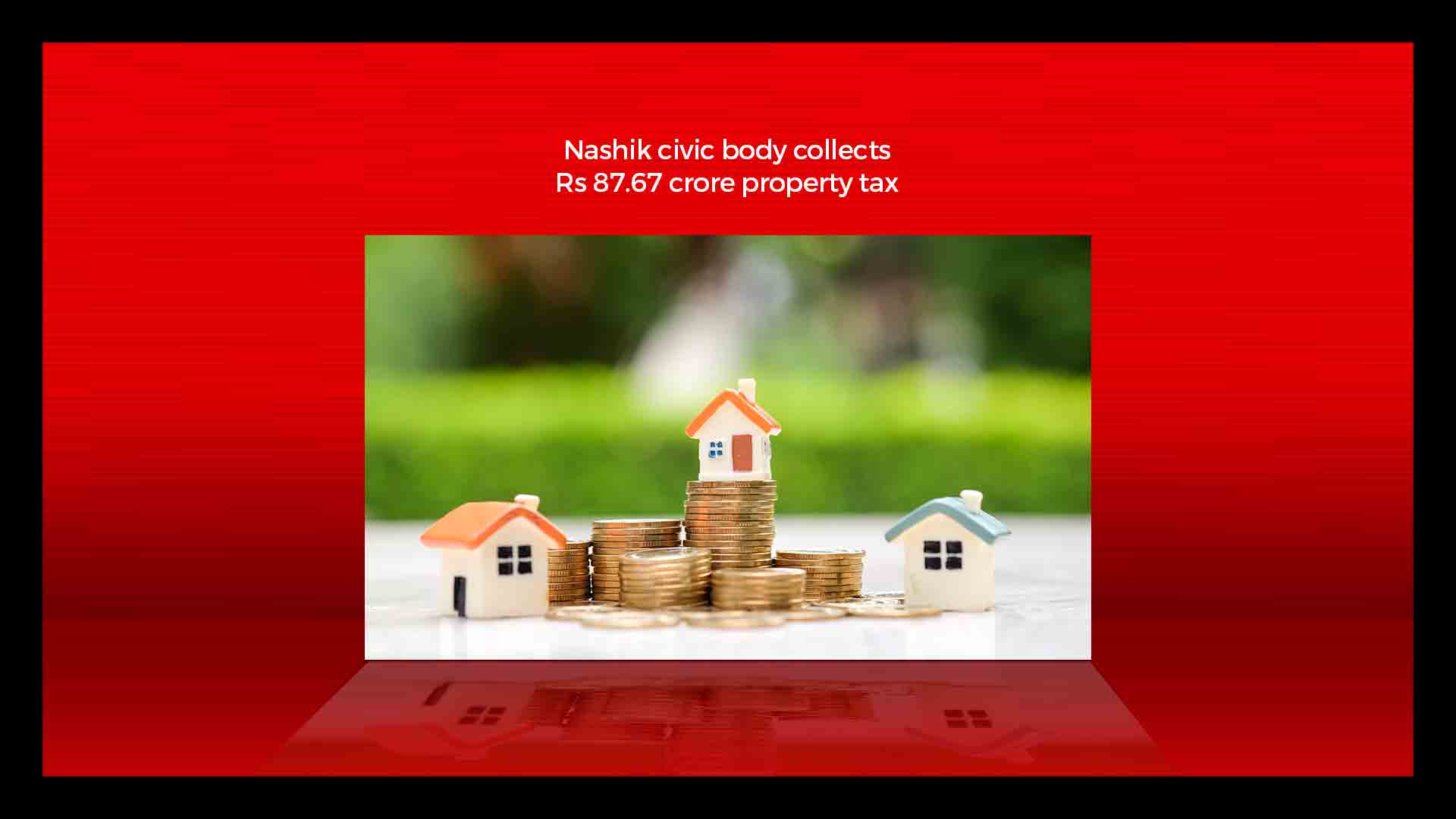 “We recovered around Rs 28 crore through amnesty scheme. This has led to marginal rise in property tax collection during the April-October period, as compared to the corresponding period last year,” an NMC official said.

The property tax collection of Nashik Municipal Corporation(NMC) has increased marginally by Rs 1.67 crore from April to October this year in comparison with the same period last year.

This year, till October, the civic body has collected Rs 87.67 crore as against Rs 86 crore during the corresponding period in the year 2018.

Owing to the recently introduced amnesty scheme, the NMC has collected around Rs 28 crore in the past one-and-a-half month.

In the last financial year (2018-19), the NMC had collected Rs 112 crore as property tax and it was for the first time that the collection target had touched Rs 100.

Now, the NMC has set a property tax collection target of Rs 250 crore for the current financial year 2019-20, but it has so far collected only Rs 87.67 crore.

Interestingly, the NMC’s property tax collection till July 4 was only Rs 20 crore. Taking serious cognizance of this, municipal commissioner Radhakrishna Game directed the officials concerned to start stern recovery drive against the defaulters.

After the issuance of public notice for auctioning of properties of tax defaulters, people started clearing their dues. The NMC collected Rs 38 crore in just one month between July 04 and August 04, taking the total tax collection to Rs 58 crore.

The NMC had also issued warrants to over 1,000 defaulters thereafter in August, giving them a deadline of a month to pay their dues or face seizure of properties. But before taking action against the defaulters, the NMC launched an amnesty scheme in September.

The NMC recovers 2% fine per month on the tax dues from the last day of paying taxes. Moreover, it also recovers expenses of notices and warrants issued to the defaulters.

But as per the scheme, rebate was given to defaulters in penalty, warrant and notice fees if they cleared their total dues. “We recovered around Rs 28 crore through amnesty scheme. This has led to marginal rise in property tax collection during the April-October period, as compared to the corresponding period last year,” an NMC official said.

“We will soon start a drive against property tax defaulters in a bid to achieve property tax collection target for the current financial year,” he added.

ALSO READ: UP government refuses to bail out UPPCL over DHFL fiasco