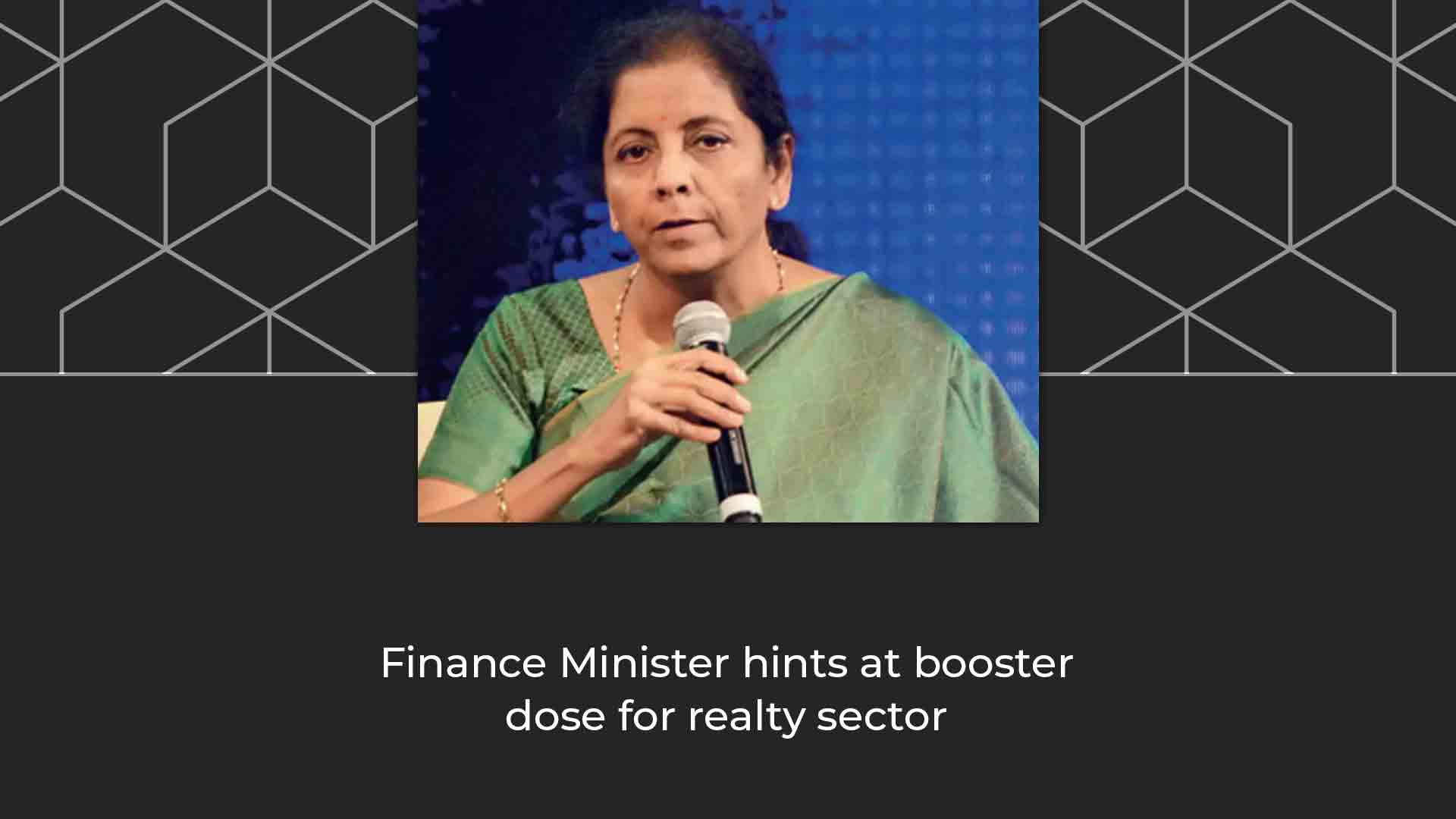 “The government is very keen and is working very clearly together with the RBI to see how best we can, where necessary, tweak the existing norms to help the people who are affected in the realty sector,” she said at an NSE event.

Finance minister Nirmala Sitharamanon Tuesday said the government and Reserve Bank are working to resolve the issues being faced by realty sector.

Admitting that realty sector has been left out of the booster measures announced earlier, she said the sector has a spillover effect on many sectors, especially the core sector.

“The government is very keen and is working very clearly together with the RBI to see how best we can, where necessary, tweak the existing norms to help the people who are affected in the realty sector,” she said at an NSE event.

It can be noted that after the July budget roiled the market and business sentiment, the government has rolled back many of the tax measures and also went to the extent of drastically cutting corporate tax to 22 percent–making the biggest tax giveaways to the tune of Rs 1.3 lakh crore.

Admitting that the so far announced measures have not helped revive the sentiment in the real estate, she said since August the government has been making various interventions to revive the market and consumption demand. Still there is a lot of work to be done and “one particular sector which I have not touched, but which has a lot of positive impact and also can effect an impact for the stock market, is the real estate sector.”

She said many funds are ready to invest but want more policy support.

“There are many alternative funds which are now approaching us saying we would like to do something with you all so long as there is some supporting mechanism available for reviving the realty sector,” she said.

It can be noted that since the note-ban in November 2016 and the soon-to-be followed Rera introduction in May 2017 and subsequent rollout of the GST in July 2017, the realty market, which used to thrive on black money all these years, was hit hard and is yet to recover from the triple shocks. The liquidity crisis in the NBFC sector has also played its role.