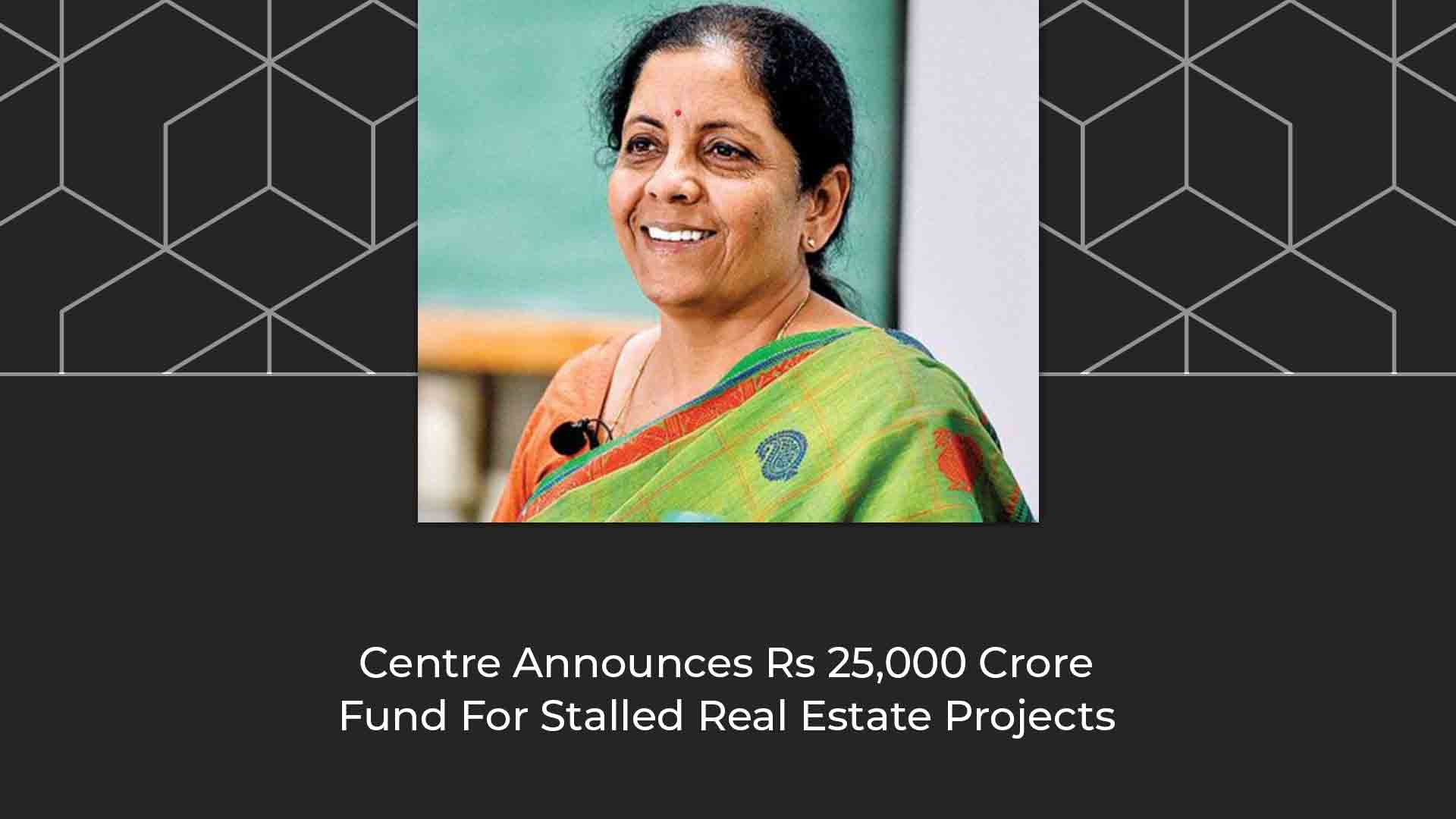 The government has decided to create an category-II Alternative Investments Fund (AIF) of about Rs 25,000 crore to start with. In this, about Rs 10,000 crore will be given by the government.

The finance minister Nirmala Sitharaman on Wednesday said that the government after holding discussion with Reserve Bank of India (RBI) has decided to create a special window provision for the Indian real estate sector.

“We have to start in some way to give sustainable solutions to home buyers. The idea is to complete the projects as soon as possible and give it to home buyers so that maximum people can benefit,” said Sitharaman.

The government has decided to create an category-II Alternative Investments Fund (AIF) of about Rs 25,000 crore to start with. In this, about Rs 10,000 crore will be given by the government.

The incomplete projects registered with RERA and are net worth positive will only be funded. “The idea is to provide last mile funding for incomplete units,” said FM.

The finance minister said that there are about 1,600 stalled projects in the country with 4.58 lakh incomplete housing units which will benefit with this fund. However only affordable homes will benefit for which the cap is yet to be decided. “For example the units which are under Rs 2 crore in Mumbai, Rs 1.5 crore in Delhi, Chennai, Bengaluru, Kolkata, Pune and Hyderabad and Rs crore and less in other cities might benefit. But the amount is yet to be fixed,” added FM.

“We have had discussion with SBI, LIC and few others to participate in the AIF. This is only an initial investment. Post this, several sovereign funds who have also expressed interest will be made part of this AIF,” said the finance minister.

A professional body will monitor the AIF who will release the amount only after assessing the project and construction status and ensure funds is utitilised for the project. “The whole amount will not go in the escrow account in one go. It will be released stage-wise depending on the construction status,” said Sitharaman.

Sitharaman however clarified that net worth positive project/tower is different from the net worth positive company. For instance if a project has three towers with first tower being 70% complete, second tower 50% complete and construction of third tower has not yet started then money will be given to first tower, maybe for second tower but not for third tower. Company’s financial status is not being considered in such cases.

“However projects in NCLT which have not been announced to be liquidated will only be considered,” said FM.

As to how the mechanism for projects declared NPA or in NCLT, RBI will soon give a clarification note. “We held discussion with RBI and banks to come up with workable proposition which will be informed soon,” concluded the finance minister.