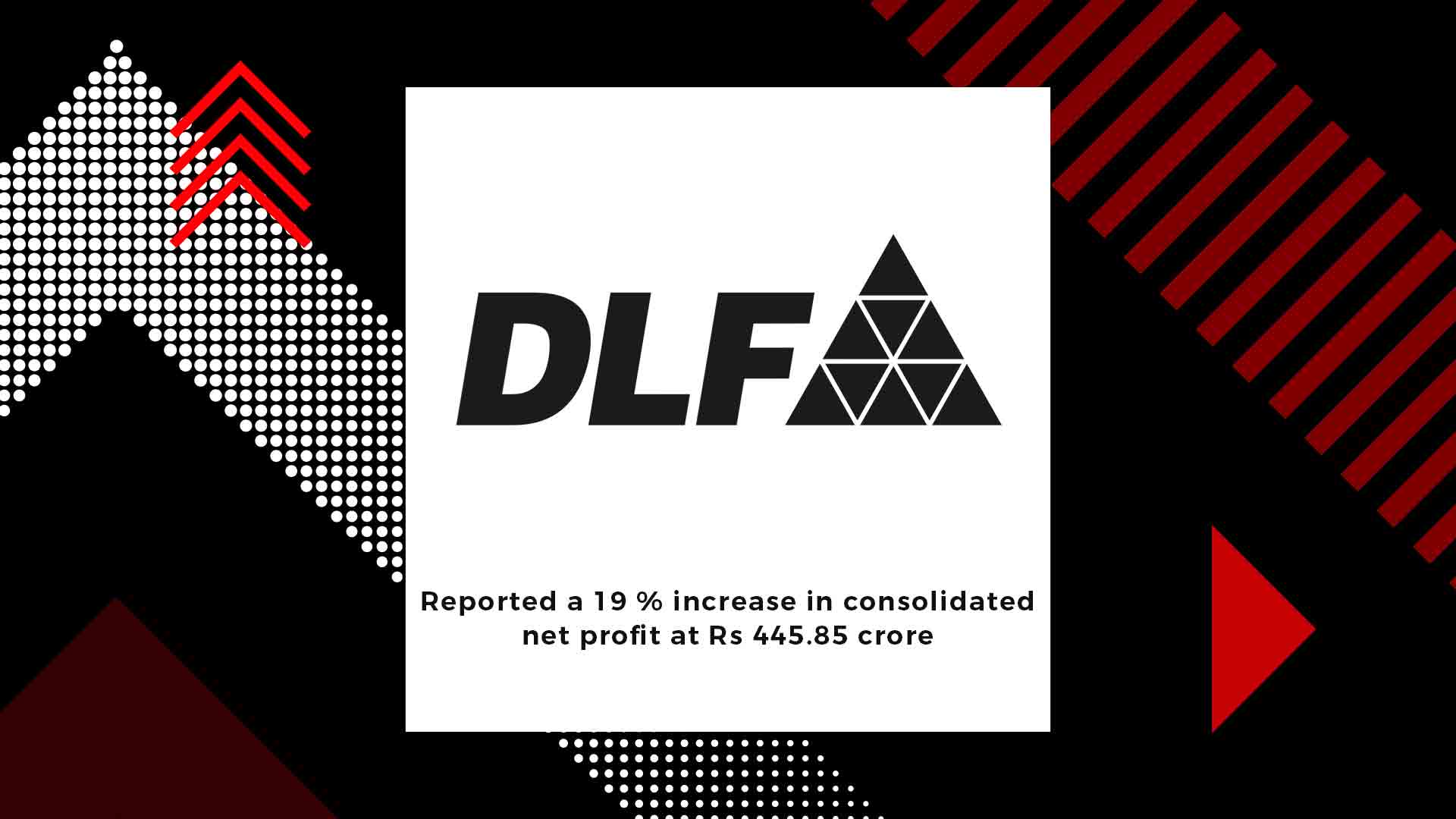 Total income, however, fell to Rs 1,940.05 crore in the July-September quarter of 2019-20 as against Rs 2,304.9 crore in the corresponding period of the previous year, DLF said in a regulatory filing.

Realty major DLF Ltd on Thursday reported a 19 per cent increase in consolidated net profit at Rs 445.85 crore for the second quarter of this fiscal year, mainly on lower expenses, and announced appointment of Vivek Anand as the group chief financial officer (CFO). The company’s net profit stood at Rs 374.74 crore in the year-ago period.

Total income, however, fell to Rs 1,940.05 crore in the July-September quarter of 2019-20 as against Rs 2,304.9 crore in the corresponding period of the previous year, DLF said in a regulatory filing.

The company earned an exceptional profit of Rs 143.56 crore during the July-September quarter.

He has 25 years of experience in India, Singapore and Bangladesh, and has been a business leader at Unilever, Telenor and at GSK Consumer.

“Vivek will lead the group’s finance, treasury, investor relations and IT functions. He will take over these responsibilities from Ashok Tyagi, who continues to be DLF’s Wholetime Director and was acting CFO of the company,” DLF said.

DLF has developed around 153 real estate projects and an area of approximately 330 million square feet. It currently has 221 million sq ft of development potential across residential and commercial segment.

The group has an annuity portfolio of over 32 million sq ft.