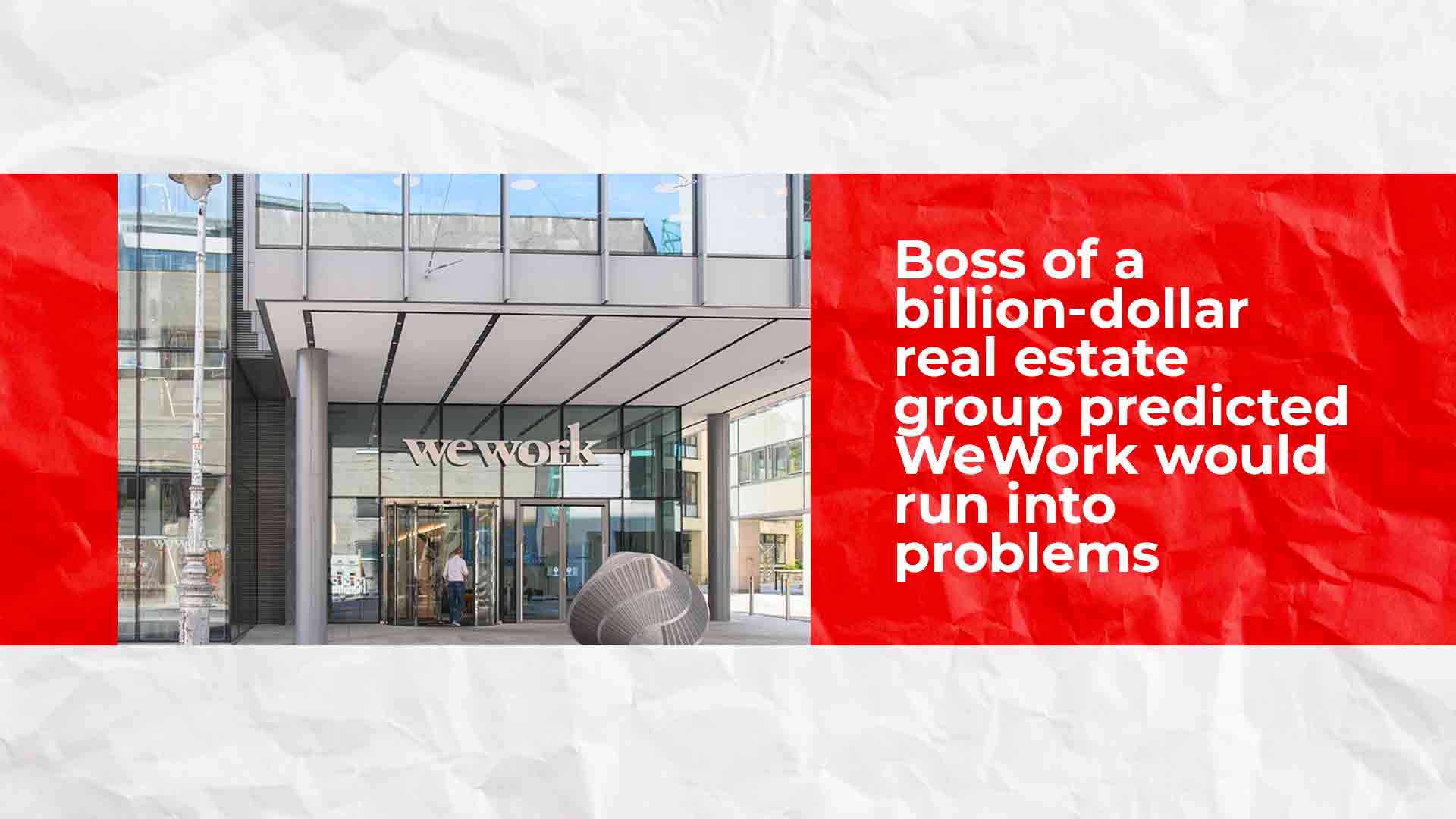 The boss of a billion-dollar real estate group predicted WeWork would run into problems.

Paramount, which owns skyscrapers on Wall Street and Fifth Avenue in New York, has never rented to the embattled shared-workspace group or other coworking businesses. CEO Albert Behler described it as a “deliberate decision on our part” during an earnings call this week.

“Thinking back a couple of years, coworking became all the rage with the rise of WeWork,” Behler said. “It was the talk of the town and most office landlords lined up to do deals with them. We, however, stayed on the sidelines, and that wasn’t easy, especially considering we had a lot of large block availabilities at the time.”

WeWork’s strategy of renting properties on long-term leases, splitting them into smaller units and refurbishing them, then renting them out on a short-term, flexible basis didn’t sit well with Behler.

“We studied WeWork and we’re not comfortable with their business model and credit,” he said on the call. “We choose to remain disciplined, and leased our space long-term to credit tenants.”

Despite his reservations, he didn’t expect WeWork to come undone so quickly.

“While I was always certain that our discipline and judgment would be proven right,” Behler said, “It occurred a lot sooner than I anticipated.”

However, he recognized the value of coworking spaces, arguing they can “serve a critical function” as part of a “properly structured real estate business model” rather than a “hyper-growth tech platform.”

“While we choose not to transact with WeWork, there are other co-working providers that are much more thoughtful about their business model,” Behler said.

Paramount’s boss has made similar comments about WeWork and coworking in the past.

“We have been very skeptical from the get-go,” Behler said at a property conference in March. “This model hasn’t been proven in a normal recession, and that’s why we want to focus on credit tenants.”

Paramount’s decision not to rent “one single square foot to WeWork” reflects its goal of building a portfolio that’s “bulletproof for our investors,” he said at a real-estate conference in September 2018. He flagged the risk of WeWork’s clients ditching their spaces during a downturn, leaving WeWork on the hook to landlords.

“We are very suspicious of this use as being financially stable,” Behler said at the time. “Even if you talk to the corporates who take some space at WeWork, this is a space that they would throw in the market as quickly as they can if the market turns down.”

One of Paramount’s rivals, Empire State Realty Trust, repeatedly sounded the alarm on WeWork too. “I think it’s the bright, shiny penny and the fact is if I thought it were a good business with which we should engage, we’d lease to them. I don’t,” CEO Anthony Malkin said in February.