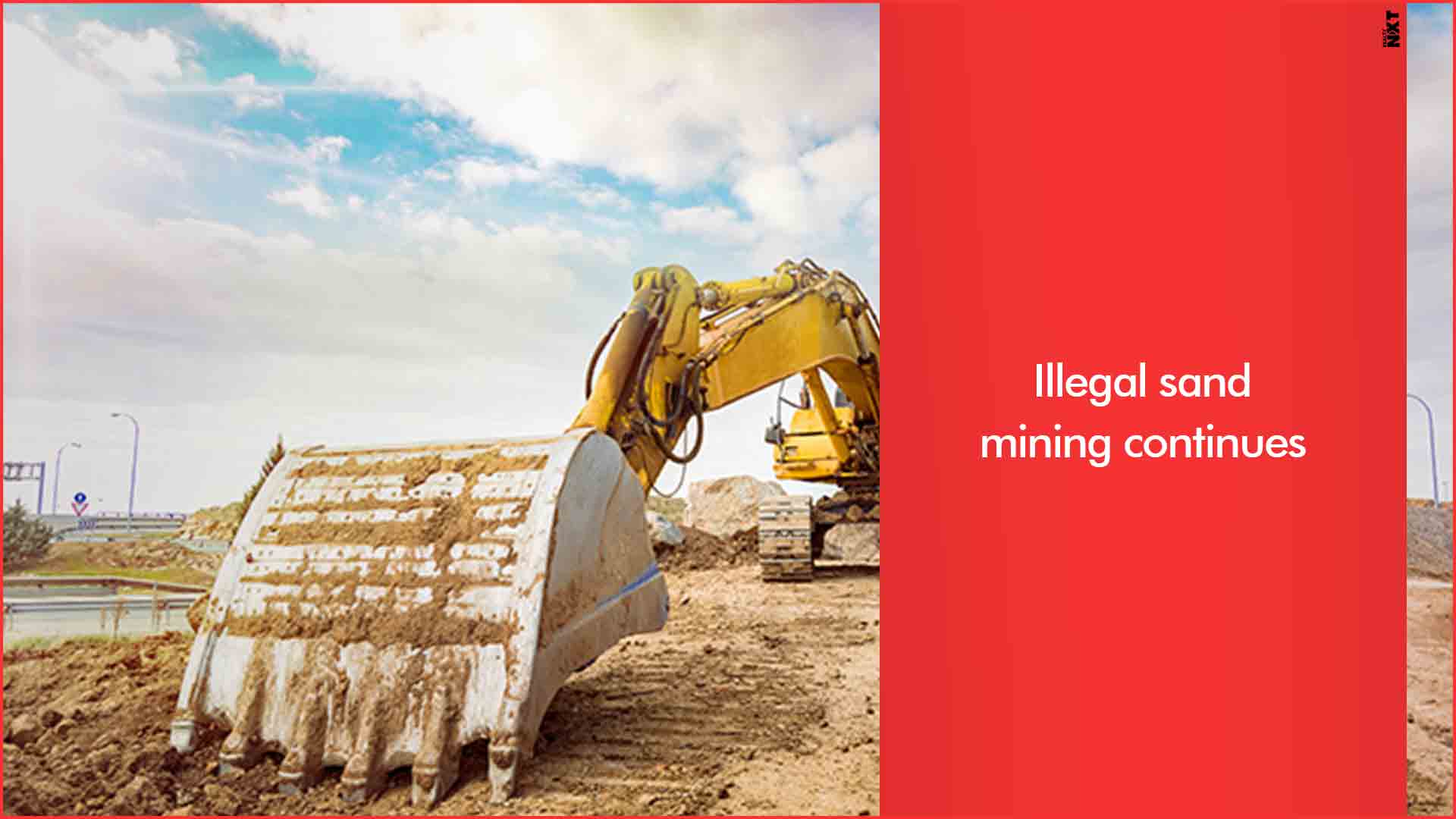 For several days in the past week, Ghaziabad had seen the worst air quality in the county.

Residents of Indirapuram have lifted the veil off uncovered construction material in the area and illegal sand mining on the banks of the Hindon, raising questions on the administration’s claim that they have swooped on pollution violators.

The residents said illegal sand miners and a few builders have thrown the pollution control board’s ban on construction to the wind and have been transporting sand without covering it as usual. Not only has the Ghaziabad administration issued a blanket ban on construction, builders and contractors have been asked to keep material such as sand and cement covered.

Flat owners in the area said that even on days when Ghaziabad was the country’s worst in terms of air quality, they had seen trucks carrying illegally mined sand uncovered from the banks of the Hindon. They also complained of crushers and cement mixers continuing to operate in the densely populated areas of Ahimsa Khand 2.

Following an order from the National Green Tribunal, EPCA has imposed a blanket ban on all construction activity, and operation of hot mix plants and crushers till November 8.

“For months, we have been seeing hundreds of trucks moving in and out with sand illegally mined from the river bank. This should have at least been stopped when Ghaziabad’s air quality was in the severe category. But trucks operate during the day as well as night. There is also large amount of construction material that is lying uncovered. Even with the slightest wind, they get mixed with the air and enter our houses. There has been no action on these groups, though a police post is located nearby and all the authorities are aware of the practice,” said Mehul Trivedi, a resident of a high-rise in Ahinsa Khand 2.

Many people said they had lodged complaints with the district administration, but to no avail.

For several days in the past week, Ghaziabad had seen the worst air quality in the county. In Indirapuram itself, AQI remained in the ‘severe’ category eight out of 11 days — between October 28 and November 4. Indirapuram is also one of the most densely populated areas in trans-Hindon.

Officials said they had been watching out for violators, and added that eight persons had been arrested from Indirapuram last Sunday. Residents contended that the arrests hardly had an effect on construction activity.

“We do not know about any mining activity. However, we will now get the area inspected. Our teams have been on the field and we have arrested eight persons in Indirapuram for keeping construction material uncovered,” said Utsav Sharma, regional officer of UPPCB in Ghaziabad.

ALSO READ: People in Ludhiana still need to get offline (manual) approval to their building plans