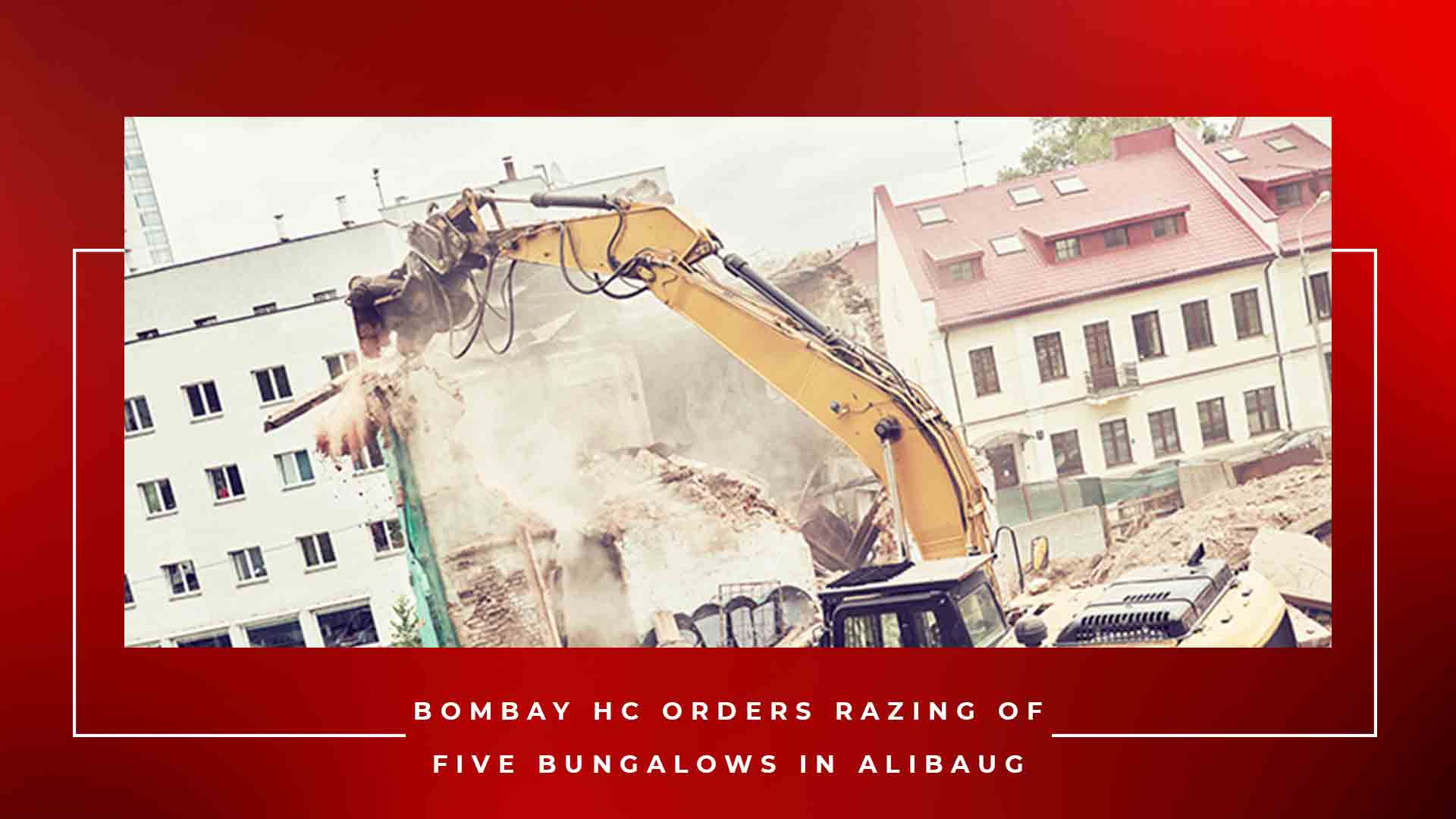 The bench hearing the PIL filed by activist Surendra Dhavale against unauthorised constructions had earlier observed that the state government had turned a “blind eye” to the illegal constructions carried out by “powerful and eminent” people.

The Bombay High courton Monday rapped the Raigad collector for inaction against unauthorised bungalows in the coastal town of Alibaug and ordered the removal of at least five structures where there was no stay order by the court, within six weeks.

A division bench of Justices SC Dharmadhikari and Riyaz Chagla issued orders to expedite the cases of the remaining 111 unauthorised bungalows pending in the local court. It also directed collector Vijay Suryawanshi to ensure that no further illegal construction is allowed along the coast.

The bench hearing the PIL filed by activist Surendra Dhavale against unauthorised constructions had earlier observed that the state government had turned a “blind eye” to the illegal constructions carried out by “powerful and eminent” people.

The petition said that most of these bungalows were “within low and high tide areas” in coastal areas of Alibaug, in violation of the Maharashtra Coastal Zone Management Authority rules.

As per the HC directions last week, Suryawanshi was present during the hearing on Monday. In an affidavit to the court, he said that the PIL initially referred to 17 cases of unauthorised construction on private land. Out of them, proof was produced for three structures; however, in 2018, another 145 unauthorised structures were identified, taking the total to 159.

As per the affidavit, out of the 159 cases, 26 illegal buildings have been demolished and permissions for construction granted in 16 cases are being reviewed. Of the 117 bungalows that remain, cases of 111 bungalows are pending in civil court with status quo being granted in 104 cases. Till now only one owner has approached the high court and five other structures are awaiting demolition.

In pursuant to earlier HC directions, appeals against the stay orders have been filed by the state in 74 cases, the affidavit stated.

In view of the burden of cases of the district court prosecutor, the HC on Monday directed the state to provide him assistance and also directed the civil court to decide these cases expeditiously.

Additional Government Pleader PP Kakade informed the HC that of the five bungalows awaiting demolition, one has already been razed while another, owned by businessman Ashok Mittal, is in the process of being demolished. The other three bungalows, Kakade told the court, would be demolished in the next three weeks.

The matter has been posted for hearing on December 1.