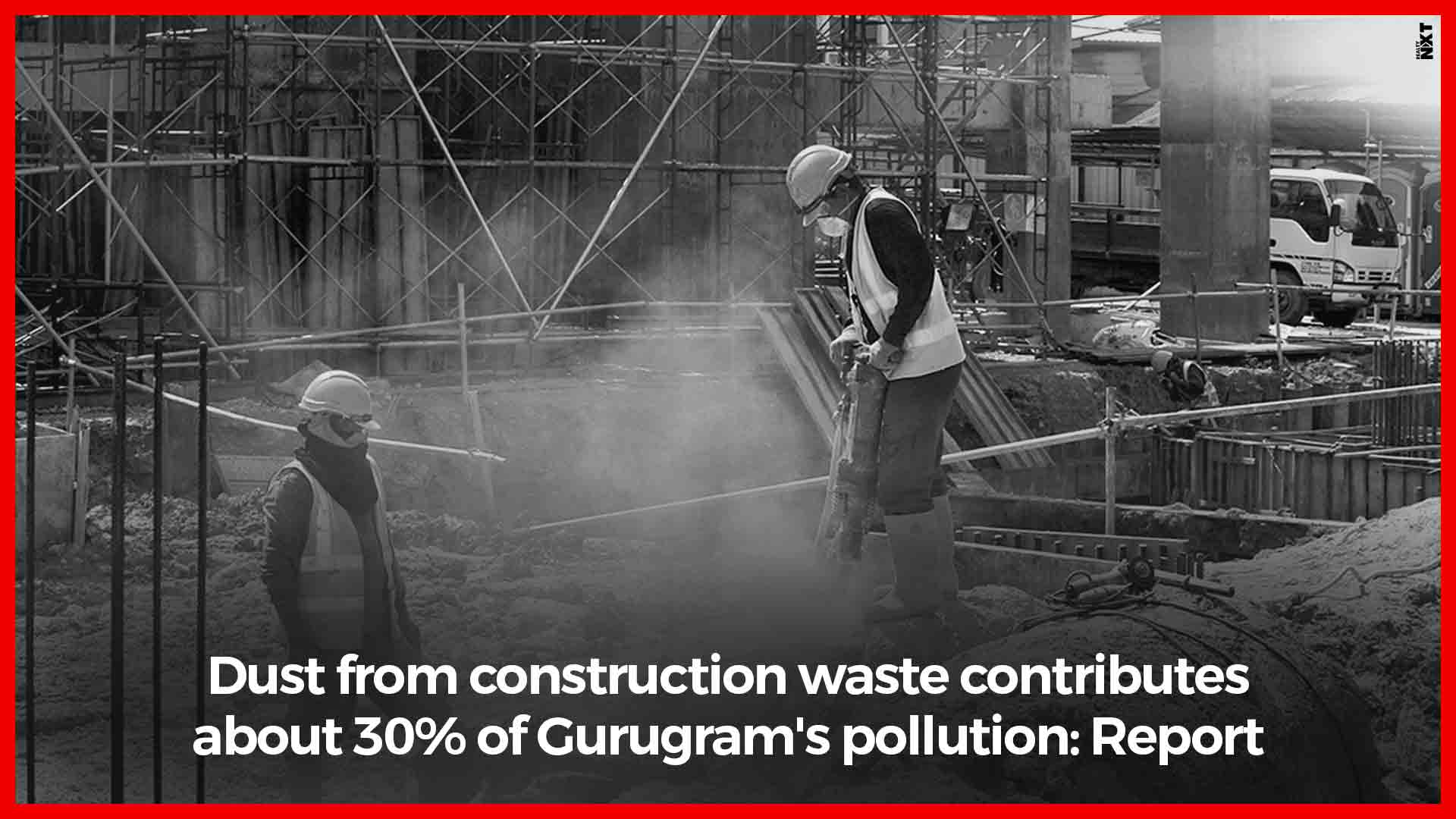 Lack of construction and demolition waste recycling facilities has led to illegal dumping across the city.

Despite a blanket ban, construction and demolition waste (C&D) continues to be the biggest source of pollution in Gurgaon.

The latest Graded Response Action Plan (GRAP) report on pollution in city between November 1 and 11, prepared by the Municipal Corporation of Gurgaon (MCG), said dust from C&D waste contributed to about 30% of the city’s air pollution. A total of Rs 2.67 lakh was collected as penalty from 55 defaulters for dumping C&D waste illegally.

“Many key junctions — around Huda City Centre, Ardee City, Iffco Chowk and Gurgaon-Faridabad Road — have turned into construction waste dumps. Massive construction is going on in NCR on the sly,” said Neelu Sharma, a resident of Sushant Lok 1, adding that there may have been some action against pollution but it does not seem to have had much of an impact.

Residents of highrises on the Golf Course Extension Road and Gurgaon-Faridabad had the same complaint. “Lack of construction and demolition waste recycling facilities has led to illegal dumping across the city. The air quality has gone down and is causing health problems. It is high time the government take action,” said Sudha Tewari, another resident.

Garbage dumping and burning was next on the list of the city’s top pollution sources, with 67 violations and penalties amounting to Rs 99,000. It was followed by traffic violations, stone crushers and biomass burning as the top polluters. Since November 1, penalties of more than Rs 9 lakh have been collected for pollution norm violations.

MCG commissioner Amit Khatri said regular inspections are being conducted. “In the last 10 days, the teams have conducted 542 inspections and identified 293 defaulters for causing pollution with activities banned by the administration. The department has issued notices to 186 violators,” he said.

The state government and civic bodies have come under the NGT scanner lately over the disposal of C&D and industrial waste in the Aravalis. Environmentalists had accused the MCG and Municipal Corporation of Faridabad of disposing of C&D waste in the forests.