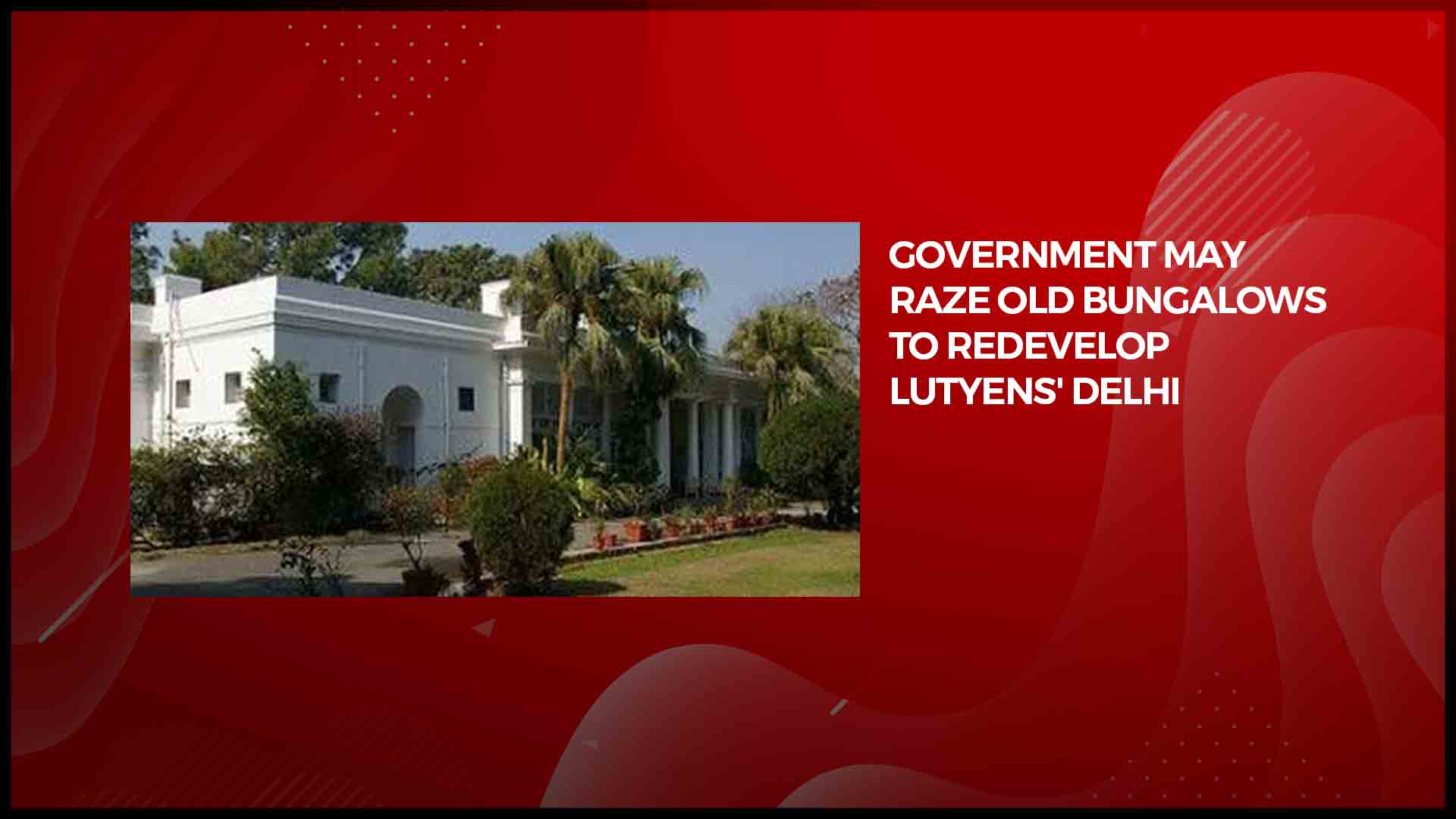 The Central Public Works Department (CPWD) has resurrected a five-year-old proposal to completely redevelop the Lutyens Bungalow Zone (LBZ). Bungalows built by the British between 1912 and 1930 are the main target of the plan.

The bungalows of ministers, top officers of armed forces, seniormost judges and government officials could be demolished to make way for energy-and-space efficient modern houses.

As the Centre takes up the ambitious project of redeveloping the Central Vista and constructing a new Parliament, it is planning to raze old bungalows of Lutyens’ Delhi.

The Central Public Works Department (CPWD) has resurrected a five-year-old proposal to completely redevelop the Lutyens Bungalow Zone (LBZ). Bungalows built by the British between 1912 and 1930 are the main target of the plan.

CPWD director-general Prabhakar Singh told ET: “All bungalows have outlived their lives. They have seepage and termite problems. The world over houses built by the British have been demolished because they are considered unsafe. We must give credit to CPWD for maintaining these bungalows so well.”

LBZ redevelopment plan has been in the offing since 1998 when the Centre formed a committee to examine the proposal. The then urban development ministry received a proposal to redevelop the Central Vista and further classify the heritage zones. Later, in 2014, government decided to start redevelopment of flats for members of Parliament. While redevelopment of a part of the zone was cleared, the Type VIII, or the most spacious, bungalows occupied by the top echelons of bureaucracy remained untouched.

“We will again push our plan to redevelop the Lutyens Bungalow Zone. It would help in optimum utilisation of land and give better energy-and-space efficient modern houses to our ministers and officials. The success of redevelopment can be seen in Sunehri Bagh, North and South Avenues and BD Marg flats,” Singh said.

CPWD would place its plan once again before the housing and urban affairs ministry. The plan would require clearances from the Delhi Urban Arts Commission and Central Vista Committee.

What has given an added fillip to the plan is the central plan to redevelop Central Vista. A senior official said: “When we are opening up the area for such massive construction, the most obvious thing is to build new homes for top bureaucrats and ministers. We will save space and maintenance cost and there will be better houses.”