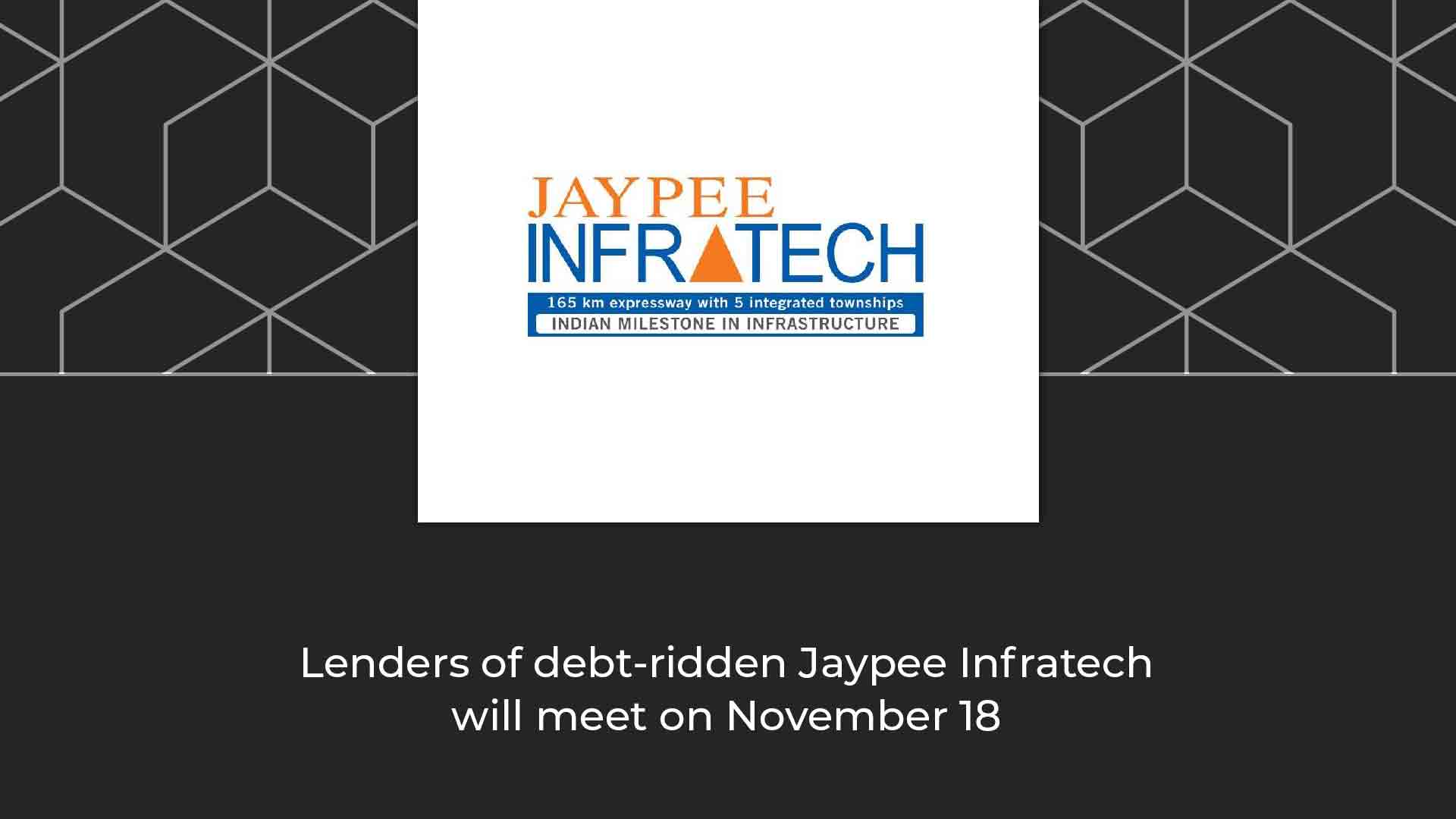 Crisis-hit Jaypee group firm Jaypee Infratech went into insolvency in 2017 after the National Company Law Tribunal (NCLT) admitted an application by an IDBI Bank-led consortium seeking resolution of the firm.

Lenders of debt-ridden Jaypee Infratech will meet on November 18 to take forward the process of insolvency resolution after the Supreme Court directed early this month to complete the process within 90 days.

Crisis-hit Jaypee group firm Jaypee Infratech went into insolvency in 2017 after the National Company Law Tribunal (NCLT) admitted an application by an IDBI Bank-led consortium seeking resolution of the firm.

Jaypee Infratech, a subsidiary of Jaiprakash Associates, has an outstanding debt of nearly Rs 9,800 crore.

In the first round of insolvency proceedings, the Rs 7,350 crore bid of Lakshdeep, part of Suraksha Group, was rejected by lenders.

Interim Resolution Professional (IRP) Anuj Jain, in October 2018, started a fresh initiative to revive Jaypee Infratech on the NCLT’s direction. In the second round, lenders first rejected bid of Suraksha Realty and then that of state-owned NBCC.

Jaypee Infratech informed exchanges on Tuesday that “a meeting of Committee of Creditors (CoC) will be held on November 18, 2019.” The agenda for the meeting was not disclosed, but sources said the meeting will discuss way forward.

As many as 13 banks and over 23,000 homebuyers have voting rights in the CoC Committee of Creditors (CoC) of Jaypee Infratech.

In a big jolt to the Jaypee Group, the Supreme Court on November 6 directed completion of corporate insolvency resolution process within 90 days for Jaypee Infratech Ltd and said the revised resolution plan will be invited only from the NBCC and Suraksha Realty.

The apex court had said that the pendency of any other application before the NCLT or NCLAT, including any interim direction, shall be no impediment for the IRP to receive and process the revised resolution plan from the two bidders.

“We direct the IRP to complete the CIRP within 90 days from today. In the first 45 days, it will be open to the IRP to invite revised resolution plan only from Suraksha Realty and NBCC, respectively, which were final bidders and had submitted resolution plan on earlier occasion and place the revised plan(s) before the Committee of Creditors (CoC), if so required, after negotiations and submit report to adjudicating authority NCLT within such time,” the bench said.

“In the second phase of 45 days commencing from December 21, 2019, margin is provided for removing any difficulty and to pass appropriate orders thereon by the adjudicating authority,” the top court said.