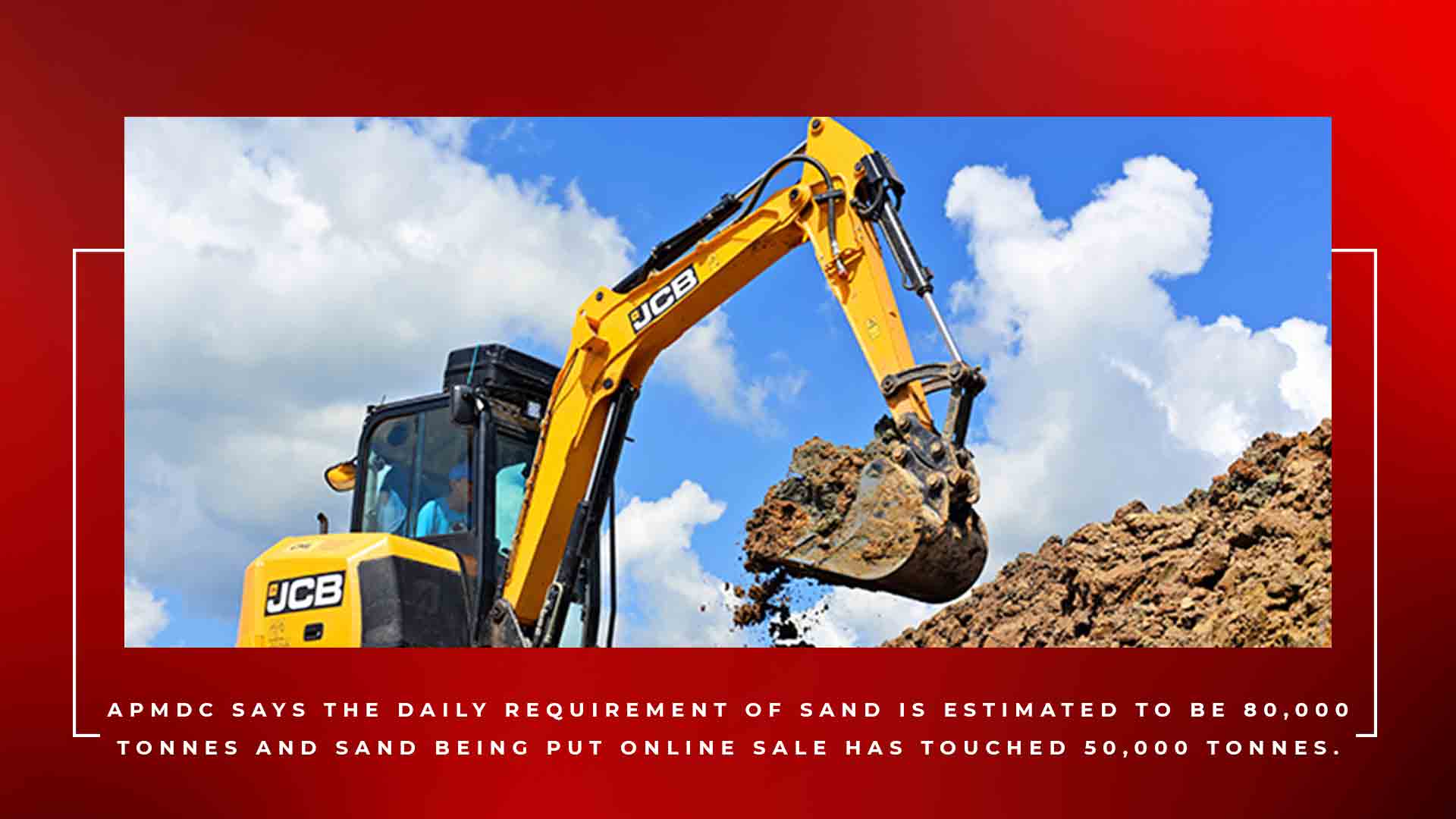 APMDC has empanelled 35 agencies by APMDC to take up decasting desiltation operations through machine mining.

Andhra Pradesh is currently facing 30,000 tonnes of sand shortage as per official figures against the demand of 80,000 tonnes.

While the opposition parties are blaming the government for negligent approach resulting in suicides of construction workers, the AP Mineral Development Corporation revealed that sandavailability in the state is impacted as production was hampered due to flooding of major rivers. As on October 26 less than 10 of 122 reachers for which tenders have been awarded the production has begun.

APMDC says the daily requirement of sand is estimated to be 80,000 tonnes and sand being put online sale has touched 50,000 tonnes.

RV Narasimha Rao of AP Building and other Construction Workers Unions Secretary said, “We are demanding the state government to give Rs 10,000 allowance per month to the workers who lost employment for the past few months due to non-availability of sand. There have been several instances of suicides among building workers which is unprecedented.”

APMDC VC and MD Madhusudhan Reddy told TOI,” Alternate arrangement has been made to ensure that maximum quantity of sand is supplied to consumers. We have already appointed contractors for 102 sand reaches with 60 lakh ton capacity, and all are ready to start production and fore more reachers with 2.8 lakh tonnes capacity contractors appointed. Still, they are all stuck due to flooding. For around 9.2 lakh tonne capacity 16 reaches in phase 3 tenders are awarded. This means out of 148 identified reaches around 122 reaches have been tendered and agencies appointed. When the flood recedes these reaches will start production immediately.”

Another 26 reachers are yet to be given to APMDC after the due process they will call for opening tenders. The government also opened a production process for around one lakh tonnes in Patta lands owned by private individuals. Out of 38.4 lakh tonnes of sand capacity desiltation points, the reaches are under production. APMDC has empanelled 35 agencies by APMDC to take up decasting desiltation operations through machine mining.

State government seized sand dumps at various sites in West Godavari and Krishna and sand from these dumps is being supplied to cater to the demand from general as well as bulk consumers. Illegal dumps were seized mostly in Krishna district to the tune of 2 lakh tonnes followed by 55,000 tonnes in West Godavari district.

Madhusudhan Reddy said,” We have kept a watch on preventing illegal excavation and transportation of sand. APMDC has prepared the groundwork and identified the sand source for 1.8 crore tonnes productions. As soon as floodwater recedes, APMDC will be in a position quickly to ramp up production and meet the requirement.”