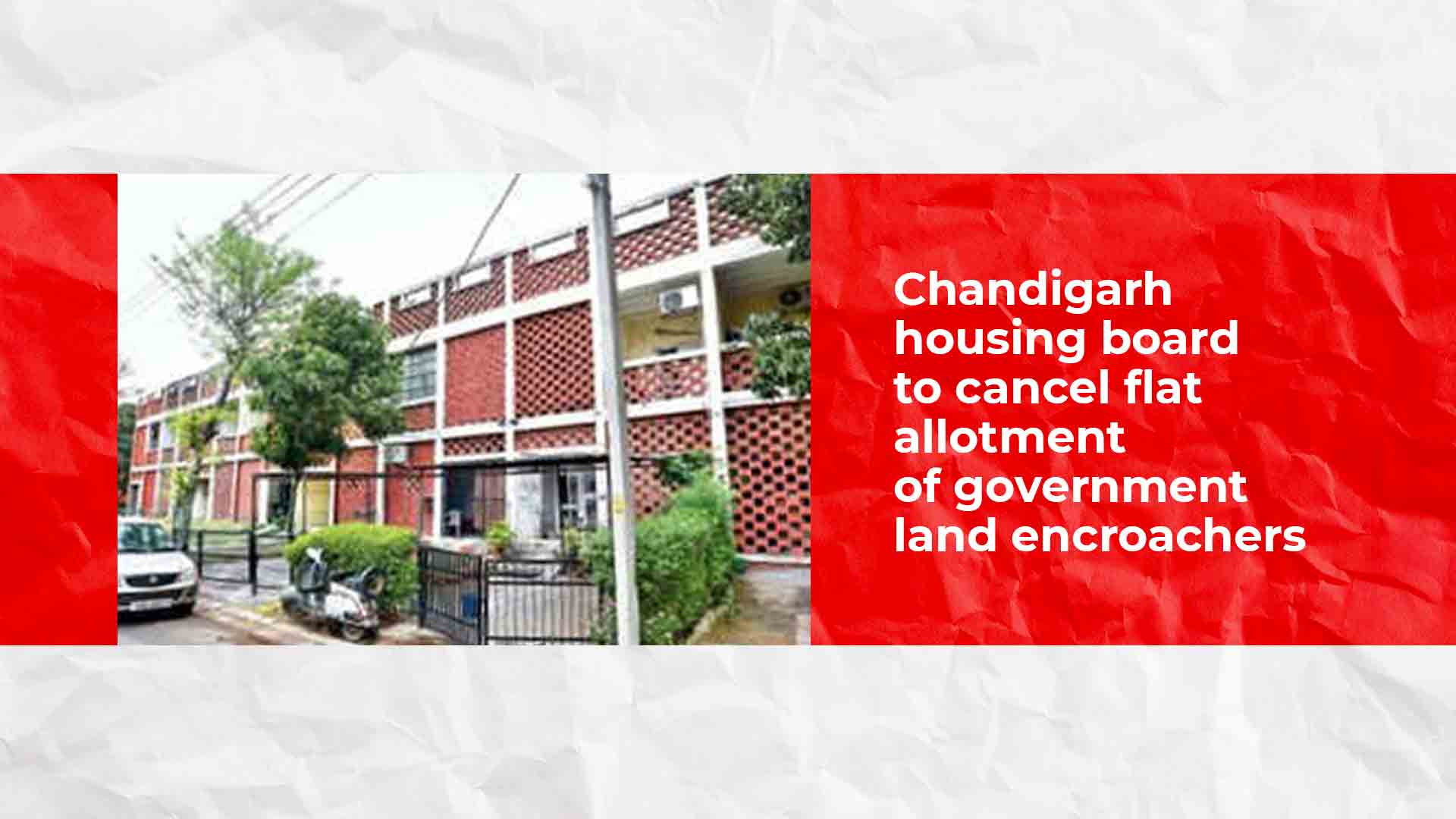 To safeguard innocent buyers, the board had recently decided to give both sellers and purchasers the option of filing a joint application for flat inspection by the CHB for a certification that the unit is free of building violations at that point of time.

Dealing the encroachers with a tough hand, the Chandigarh Housing Board (CHB) has now decided to cancel flat allotment of allottees who have encroached upon the government land.

According to sources, the CHB, in the past, had issued notices to allottees for removing the encroachments, but till date the violators have not removed these illegal constructions causing the board to take this step.

Sources further said that the board has compiled a list of around 25 such violators, who are in the southern sectors of the city.

Recently, the board had cancelled allotment of nine small flats, when the allottees failed to clear their pending dues despite repeated opportunities. All of these nine flats were in Dhanas. The flats were allotted to residents under slum rehabilitation scheme for a nominal monthly rent for the next 20 years. The small flats are located in Dhanas, Ramdarbar, Mauli Jagran, Sector 38 (West), Sector 49, Sector 56 and Industrial Area, Phase I.

To safeguard innocent buyers, the board had recently decided to give both sellers and purchasers the option of filing a joint application for flat inspection by the CHB for a certification that the unit is free of building violations at that point of time. For the physical survey to begin, the house owner will have to submit the application fee of Rs 5,000.

The committee formed by CHB, dealing with need-based changes, had found that about 90% of CHB dwelling units had structural violation in some form. The changes included additional rooms and toilets, conversion of balconies and courtyards into rooms and building stairs on government land.

Earlier, UT administrator V P Singh Badnore had stayed action against additional constructions, alterations and other violations till September 30. The administration had extended the deadline for need-based changes, which had ended in 2018, to December 31, 2020.

Over the years, residents of 50,000 CHB flats have made need-based changes in their flats. However, the administration had not regularised these changes and had issued notices to most of the allottees demanding regularisation of need-based changes.

ALSO READ: Nilgiris administration is preparing a status report on the number of illegal buildings