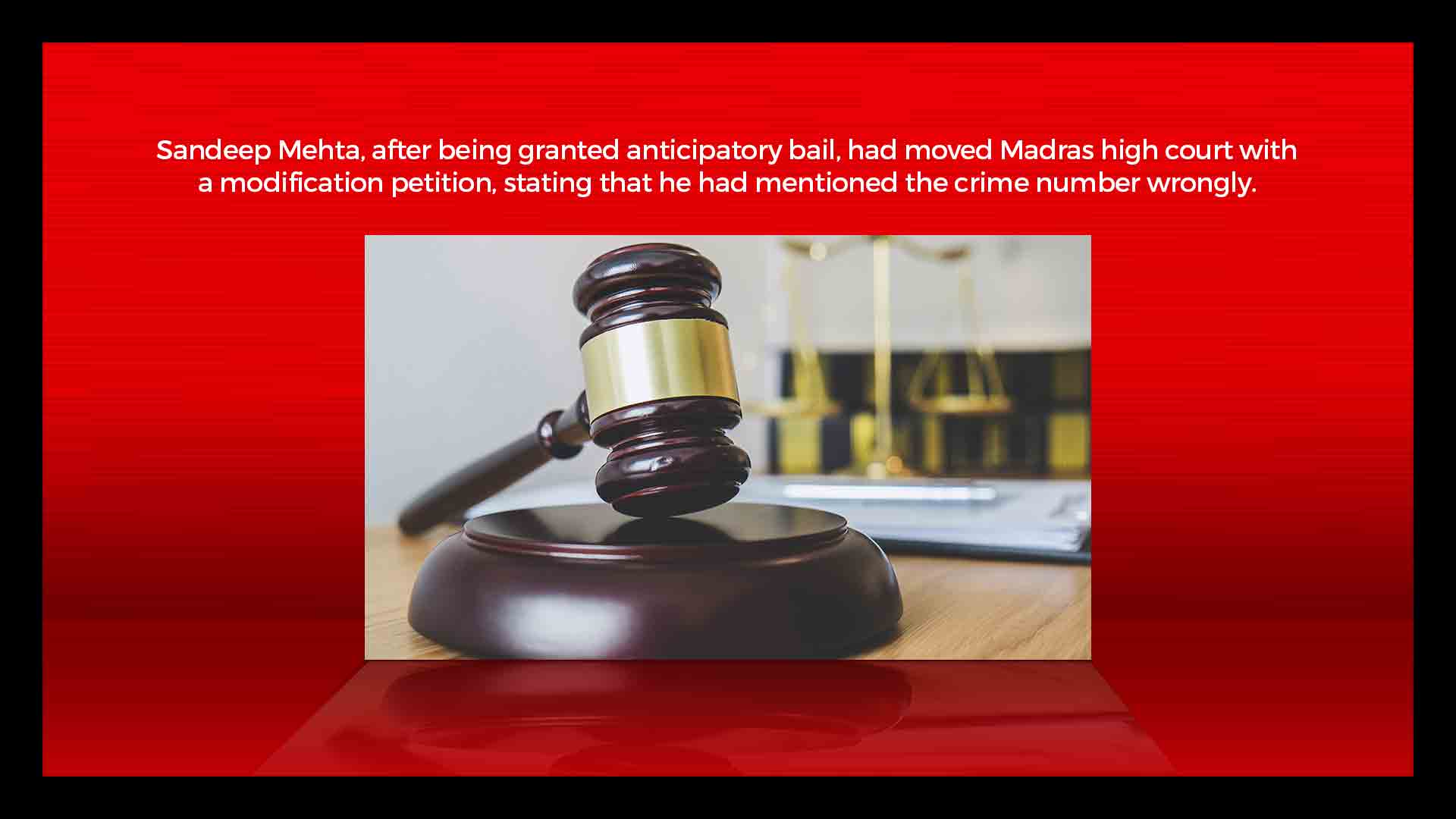 Sandeep Mehtha, after being granted anticipatory bail, had moved Madras high court with a modification petition, stating that he had mentioned the crime number wrongly.

About a month after granting interim anticipatory bail to Sandeep Mehta of Jain Housing and Construction, a key suspect in the Maradu illegal beach-side apartment case registered by Kerala police, Madras high court cancelled the anticipatory bail on Tuesday.

The ‘inter-state’ anticipatory bail filed by Sandeep Mehta and the interim relief granted by the high court came to public notice after an additional director-general of police (ADGP) of Kerala crime branch police wrote to advocate-general of Tamil Nadu seeking help to get the order vacated. The interim relief had been given to Mehta for a period of one month.

On Tuesday, when the issue came up before Justice C V Kartikeyan for further hearing, Tamil Nadu government submitted that the accused Mehta had an office and establishment in Kerala as well as in several states. But, he cannot pick and choose a court to move his ‘inter-state’ anticipatory bail.

Sandeep Mehtha, after being granted anticipatory bail, had moved Madras high court with a modification petition, stating that he had mentioned the crime number wrongly. It too came up for hearing before Justice Karthikeyan on Tuesday.

Opposing extension of relief to Sandeep Mehta, the prosecutor submitted that the accused had suppressed certain facts in his affidavit and that he had constructed several apartments along the coastal regions in Kerala. After cases relating to construction and coastal rule violations in Maradu reached the Supreme Court, it directed Kerala government to demolish the entire building constructed by Jain Housing Group.

Besides offering compensation to home-buyers, the apex court had ordered recovery of cost incurred by the government from the company itself. It was under these circumstances that the Kerala crime branch police registered an FIR against Sandeep Mehta, who moved the Madras high court and obtained an interim anticipatory bail.