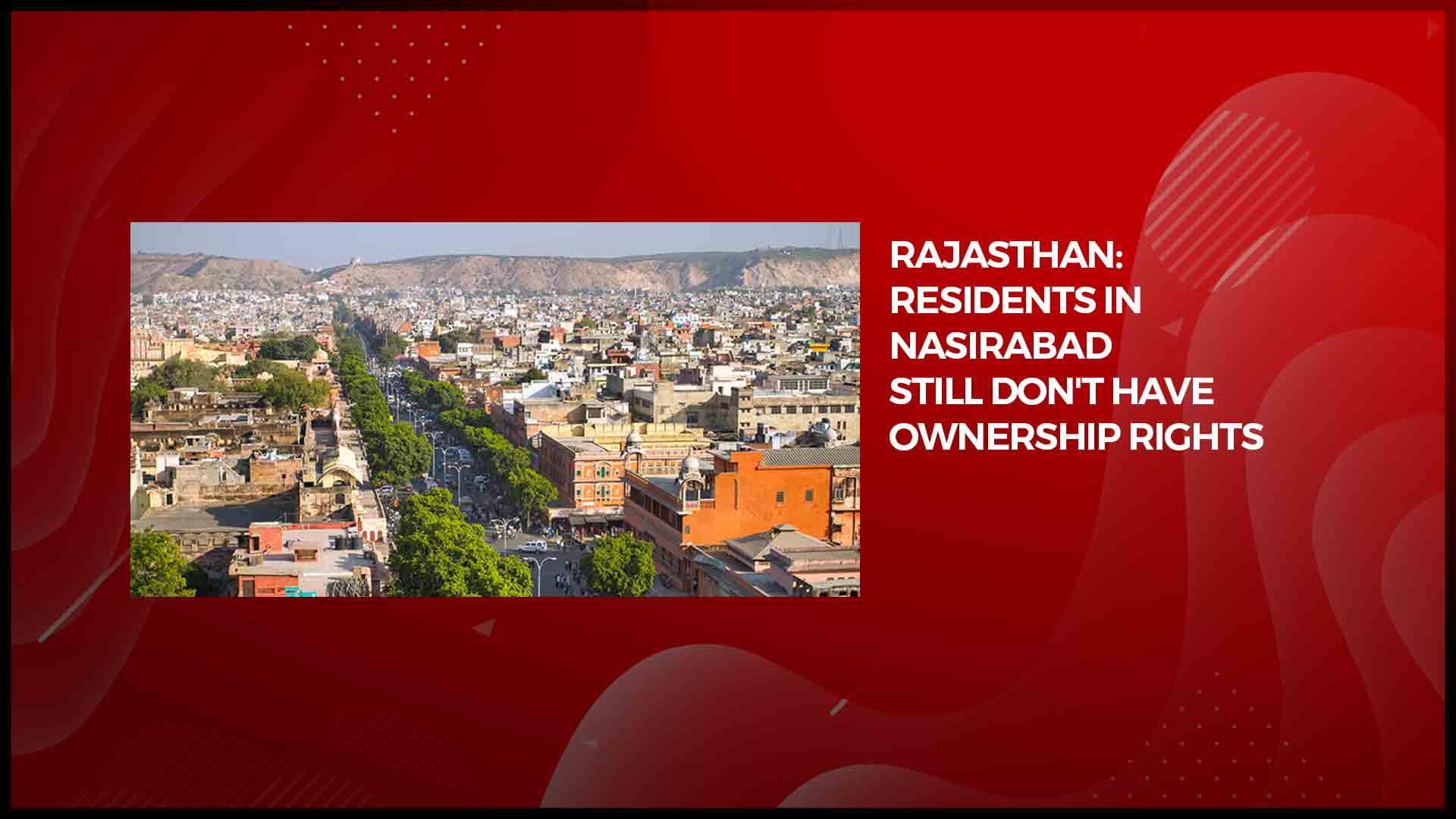 Yogesh Soni, chairman of the civic committee in Nasirabad town, said that he doesn’t have a ration card, Bhamashah card and cannot avail benefits of any state or central schemes as they are not implemented here.

Barring a colony in the cantonment area, which was made a municipal council in 2018, people continue to live in Nasirabad without ownership rights in addition to adhering to many rigid rules that affect their day-to-day activities.

Shambha Singh, a former post office employee, said after living in his house for 80 years in the town, he still does not have ownership rights.

“We all are living on plots given as lease given by the army. We have no ownership rights and neither any bank gives us loan. We cannot have small construction in our house without the permission of the army. To get the permission it takes around 2 months as the application has to be approved from Pune headquarters. So much trouble for a small change,” said Shambha.

Yogesh Soni, chairman of the civic committee in Nasirabad town, said that he doesn’t have a ration card, Bhamashah card and cannot avail benefits of any state or central schemes as they are not implemented here. “Whenever the budget is announced, Army officials give their civic issues a priority. Roads, street lights, garbage issues of civilian areas are not resolved. We used to transfer the leased property with the due registry to the cantonment board. But in the last three years, they have stopped the procedure without any reason. We are stuck in this town without any rights,” said Yogesh.

In 2018, a colony with 1,044 voters within the town was declared as a municipal board by the then BJP government. The town having a population of more than 50,000 is still being administered by army cantonment. This is the first time that election would be conducted in the civic body on November 16.

Though the Vasundhara Raje government tried to persuade the defence administration to give up the land for the council, an official said that the army demanded Rs 15,000 crore and an alternate piece of land for leaving cantonment administered civilian area. At the end it wasn’t feasible for the government.

A UDH official told TOI said that it would take another five years to include the whole of Nasirabad in the municipal council. “Centre and state government has to be on the same page to declare Nasirabad as a council. As the state government is led by the Congress and the Centre having a BJP government, it will be difficult. Administrative and political will has to be there to make it happen,” said the official.

ALSO READ: Nilgiris administration is preparing a status report on the number of illegal buildings