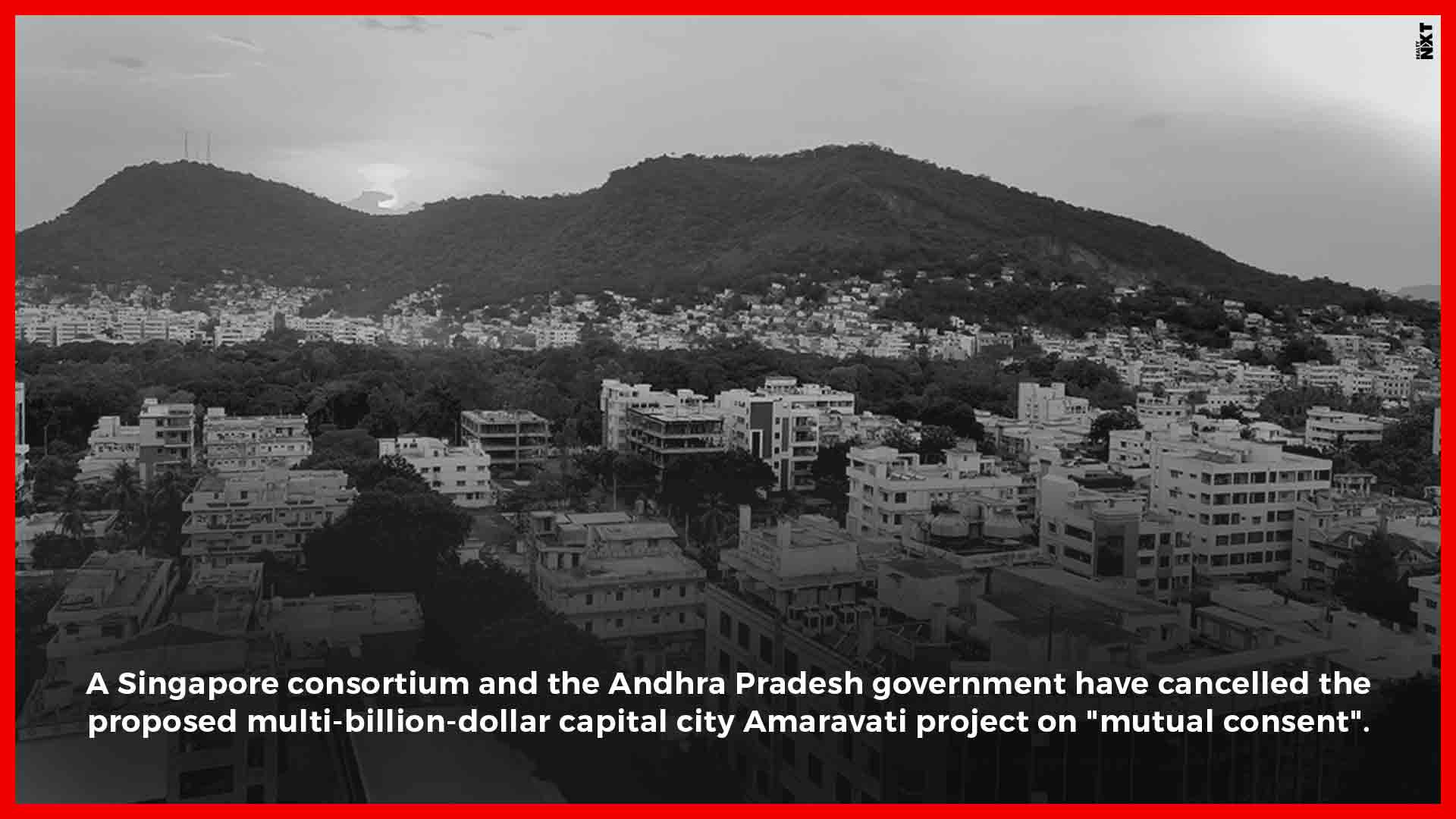 The capital city, initially estimated to cost SGD15 billion, was the brainchild of the state’s former chief minister, N Chandrababu Naidu, who lost power in elections in May.

A Singapore consortium and the Andhra Pradesh government have cancelled the proposed multi-billion-dollar capital city Amaravati project on “mutual consent”, with a senior minister making it clear that the scrapping of the venture will not impact the city-state’s investment plans in India.

The capital city, initially estimated to cost SGD 15 billion, was the brainchild of the state’s former chief minister, N Chandrababu Naidu, who lost power in elections in May.

Singapore’s Ministry of Trade and Industry (MTI) said on Tuesday the decision was based on “mutual consent” between the Andhra Pradesh State government and the Singapore consortium, consisting of Ascendas Singapore, which is now part of Capita Land Group, and Sembcorp Development.

The decision to close the Amaravati Capital City Start-Up Area project was made by Andhra Pradesh, headed by Chief Minister Y S Jagan Mohan Reddy, in a government order on Monday.

Singapore’s Surbana Jurong was the lead consultant in planning, urban design and conducting economic studies, positioning and infrastructure-industrial estate planning, according to the company’s website.

A total of 7,000 sq km had been slated for land use for the capital region, and almost 50 million people had been projected to be involved in the urbanisation project, said Surbana Jurong.

The Ascendas-Sembcorp consortium was appointed by the then Andhra Pradesh government in 2017 to develop a 6.84 sq km start-up area for the state’s planned new capital city, said Minister-in-charge of Trade Relations S Iswaran.

The Andhra Pradesh government has decided not to proceed with the project “given its other priorities for the state”, the minister noted.

Companies recognise such risks when venturing into any overseas market and factor them into their investment decisions, said Iswaran.

In this instance, the Singapore Consortium companies have stated that the project has cost them a few million dollars, and that its closure does not impact their investment plans in India, he said.

Singapore companies remain interested in opportunities in Andhra Pradesh and other Indian states because of the size and potential of the market, he assured.

“Our economic agencies will continue to help our companies internationalise by exploring opportunities in India and other overseas markets,” said Iswaran on India-Singapore ties.

The project was the first major real-estate venture that the previous Telugu Desam Party’s government had undertaken under the Public Private Partnership mode and selected the Singapore consortium of through the controversial Swiss Challenge method as the Master Developer.