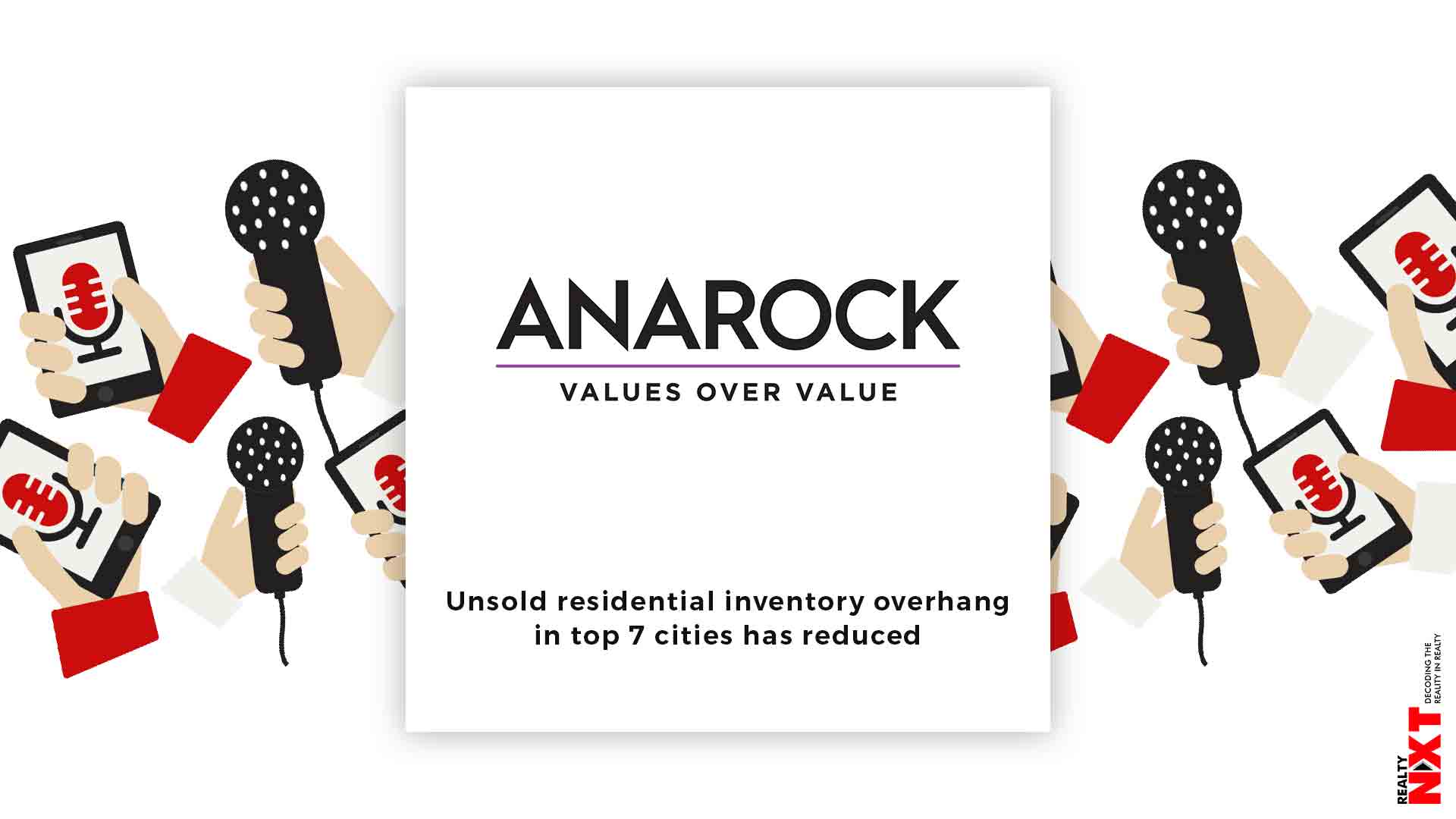 Unsold inventory overhang in months indicates the number of months it shall take for the current unsold housing stock to get cleared in the current market scenario.

Anuj Puri, Chairman – ANAROCK Property Consultants says, “If we look back and compare the yearly change in Q3 2018 with that of the corresponding period in 2017, there was only a minor reduction – from 39 months in Q3 2017 to 37 months in Q3 2018. Thus, the annual change of unsold inventory overhang in the third quarter of 2019 was fairly better than the previous year. This suggests that builders now are following a laser-focused approach towards clearing their previous unsold stock. Simultaneously, unlike earlier, builders have now also limited their new supply into the market. No wonder, new launches in Q3 2019 fell by 13% against the year-ago period in the top 7 cities whereas it had increased by 51% in Q3 2018 as against Q3 2017.”

Meanwhile, overall unsold inventory across the top 7 cities has recorded 5% yearly reduction – from 6.87 lakh units in Q3 2018 to nearly 6.56 lakh units as on Q3 2019. Bangalore remained on top with 17% yearly decline while cities like Chennai and Pune reported an increase of 4% and 2% respectively.