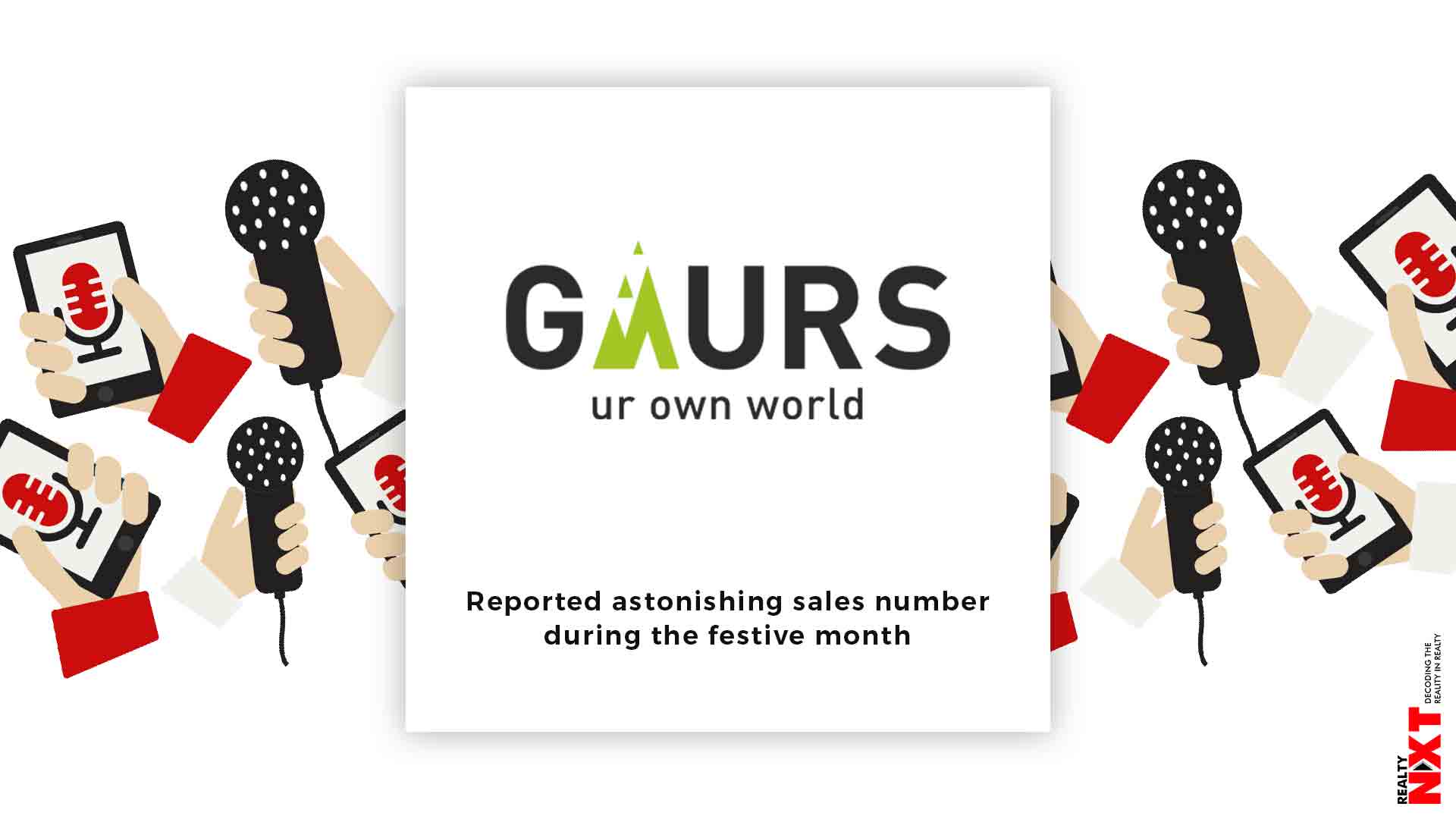 Gaurs Group, one of the leading names in the real estate sector in the country today reported astonishing sales number during the festive month of October, which included both the auspicious Navratras and Diwali, the festival of light. The Company during this period booked around 1200 units worth Rs 500 crore. This is a sharp jump of about 19 per cent and 22 per cent in terms of number of units and sales value respectively as compared to last festive season wherein the Company reported booking of 1,012 units worth Rs 411 crore.

Special festive offers, lower interest rates and competitive prices along with tremendous goodwill among the people are some of the prime reasons behind the stupendous performance of the Group.

Commenting on the robust numbers, Sarthak Gaur, Head – Business Development, Gaurs Group said, “With our tremendous track record of delivery and utmost credibility, we were expecting a good set of numbers, but actual bookings have even surpassed our expectations. A lot of factors like lower interest rate and the lucrative festive offers that we announced have certainly helped our cause and we hope to continue the good show even in the future.”

“Our record of timely delivery has also kept us in good stead all these years. Going forward, we are going to be bullish on mega commercial real estate with focus on office spaces, hotels and service apartments  apart from affordable housing which has been our mainstay all these years. We are ,” Mr. Gaur added.

The tremendous performance by the Group is just a continuation of its performance in the last few years. In FY19, GaursGroup has reported booking of over 1200 units of both residential and commercial put together. At the same time, the grouphas delivered over 25,000 units in last 5 years, which has resulted in garnering immense trust and confidence of home buyers and people at large.