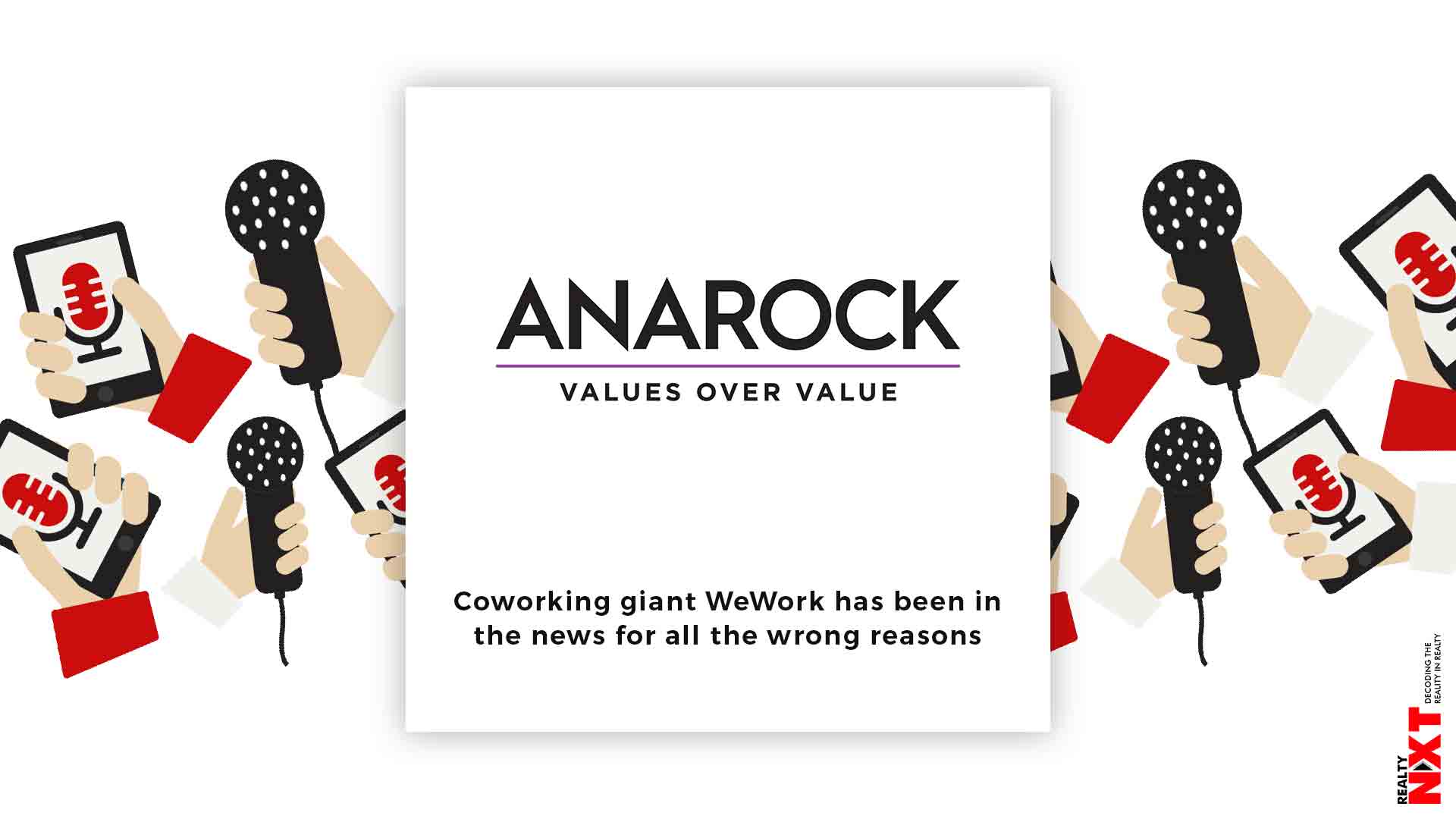 Coworking giant WeWork has been in the news for all the wrong reasons, and market doomsayers are going to town on the topic. How concerned do wereally need to be?

Though WeWork is in aggressive expansion mode across the world, its India operations are a minuscule, single-digit fragment of its global operations. It continues to position itself as the wave of the future – the last word in community-based offices – and investing in this is WeWork’s primary focus right now.

While its India valuation and future expansion plans may not be deeply impacted by the recently jinxed listing plans, this is not even a statement on the potential of coworking in India. Still a very nascent segment in this country, coworking nevertheless has massive demand and witnessed a 23% growth in Q2 2019 over the preceding quarter across the top 7 cities.

Embassy Group acquired the franchisee rights of WeWork in India with 80% stake in it, and the coworking vertical is not likely to face any funding challenges. Embassy’s recent successful REIT-listing has given it an upper edge and will work in its favour.

This is not to say that such events have zero impact on the larger market. Consolidations are happening across sectors, including in coworking. Consolidation within co-working spaces started in 2018 with major acquisitions like One Co. Work acquiring IShareSpace and AltF CoWorking acquiring Noida-based Daftar India etc. This trend will continue.

As per data, more than 200 players were operating such workspaces (both branded and non-branded) across the country early this year. If we are to consider the top 6 players in this space, they alone have close to 300 centres across multiple cities in the country. These six players include Cowrks, WeWork India, Awfis, Regus, Smartworks and 91springboard.

Here, the owner/landlord makes the initial investment for office fit-outs for the co-working player and thereafter becomes his business partner. This is proving to be the least risky approach, as both parties share profits based on pre-determined percentages.

Also, the initial investment on fit-outs and office set-up, which tenants would not be able to pay, are borne by the landlord. Most of the clients of co-workingspaces are start-ups which invariably have initial funding issues. This is why the revenue-share model works best for them.

As on 2018-end, the total supply of flexible workspaces was anywhere between 7 – 7.5 mn sq. ft. area and is expected to cross 10 mn sq. ft. by 2019-end. While demand for co-working spaces has seen phenomenal annual growth between 30-40% in previous years, trends suggest that it may grow by a more moderate 15-20% over the next few years.

Co-working properties located in India’s CBD areas have an occupancy of nearly 80-85% at a given time, while in suburban areas it is somewhere between 60-70%. This is probably the reason why all major co-working deals happen in prime locales around the CBD.

In H1 2019, of the total 28 mn office space absorption in the top 7 cities, almost 5 mn sq. ft. of flexible workspaces were leased across these cities. Maximum leasing activity in co-working spaces was recorded in Bengaluru during the period, followed by Hyderabad, Chennai, NCR and MMR respectively.

The massive demand for co-working spaces in the country by budding entrepreneurs, tech start-ups and even the big multi-nationals is beyond dispute. Given this growth potential in India, the overall impact of WeWork’s troubles on Indian coworking firms may not be significant. Organized players are likely to continue to thrive, smaller players will consolidate and the coworking show will go now.