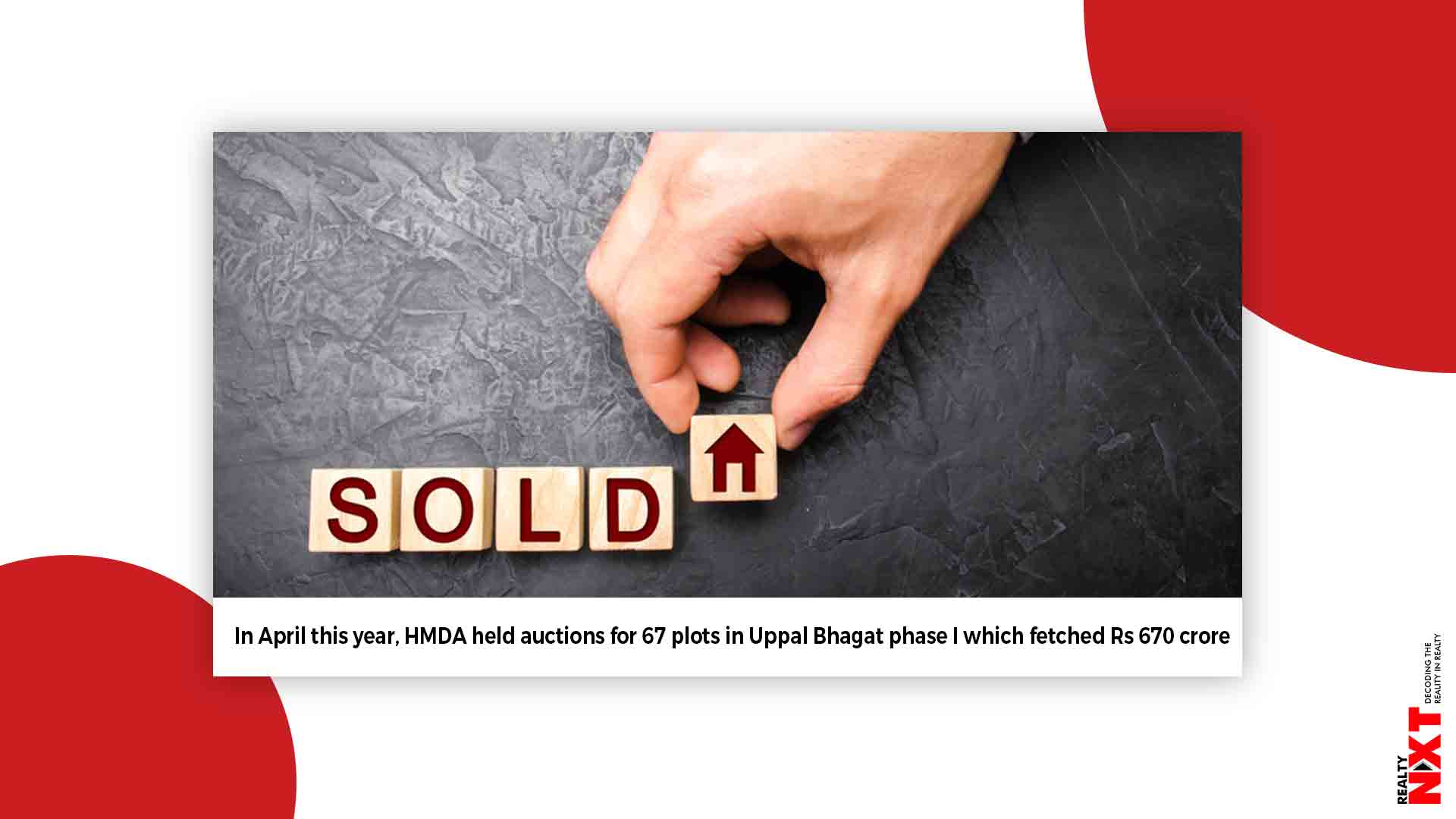 The auctions are being conducted through online bidding, the process of which began on Friday. The last date for registration is December 11. The auctions will be held between December 14 and 16.

To mop up funds and fast-track pending projects, Hyderabad Metropolitan Development Authority (HMDA) will conduct e-auction of 124 open plots in Uppal Bhagat area near Nagole. While 104 plots are in phase-I layout, the rest are in phase-II. The state government is expecting to net Rs 1,500 crore through these auctions.

In April this year, HMDA held auctions for 67 plots in Uppal Bhagat phase I which fetched Rs 670 crore.

The auctions are being conducted through online bidding, the process of which began on Friday. The last date for registration is December 11. The auctions will be held between December 14 and 16.

Phase-I plots are residential and phase-II layout has both commercial and mixed-use plots, where constructions for commercial, office and recreational purposes would be allowed. “Of 1.59 lakh square yards auctioned, the minimum plot area is 200 sq yards and maximum is 2,000 sq yards,” a senior HMDA official said.

Uppal Bhagat layout was developed by HMDA on land-pooling basis after taking over the land from farmers. Of 733 acres, 104 acres was allotted to Hyderabad Metro Rail Limited for construction of Metro Rail depot near Nagole.

HMDA officials said the rest of the land had been earmarked as multiple land use zone, which could be used for residential and commercial complexes, IT parks and multi-storey buildings.

In the first auction, HMDA did not offer 10 acres in phase-I. Now, another eight acres in the same layout has been developed in phase-II. Both would be up for grabs, including three plots that went unsold in the previous auctions.

As there were 20 plots of more than 2,000 sq yards that were bid, HMDA is hoping that more builders and real estate developers would come forward and fetch it good revenue. A pre-bid meeting for interested people would be held on December 6.