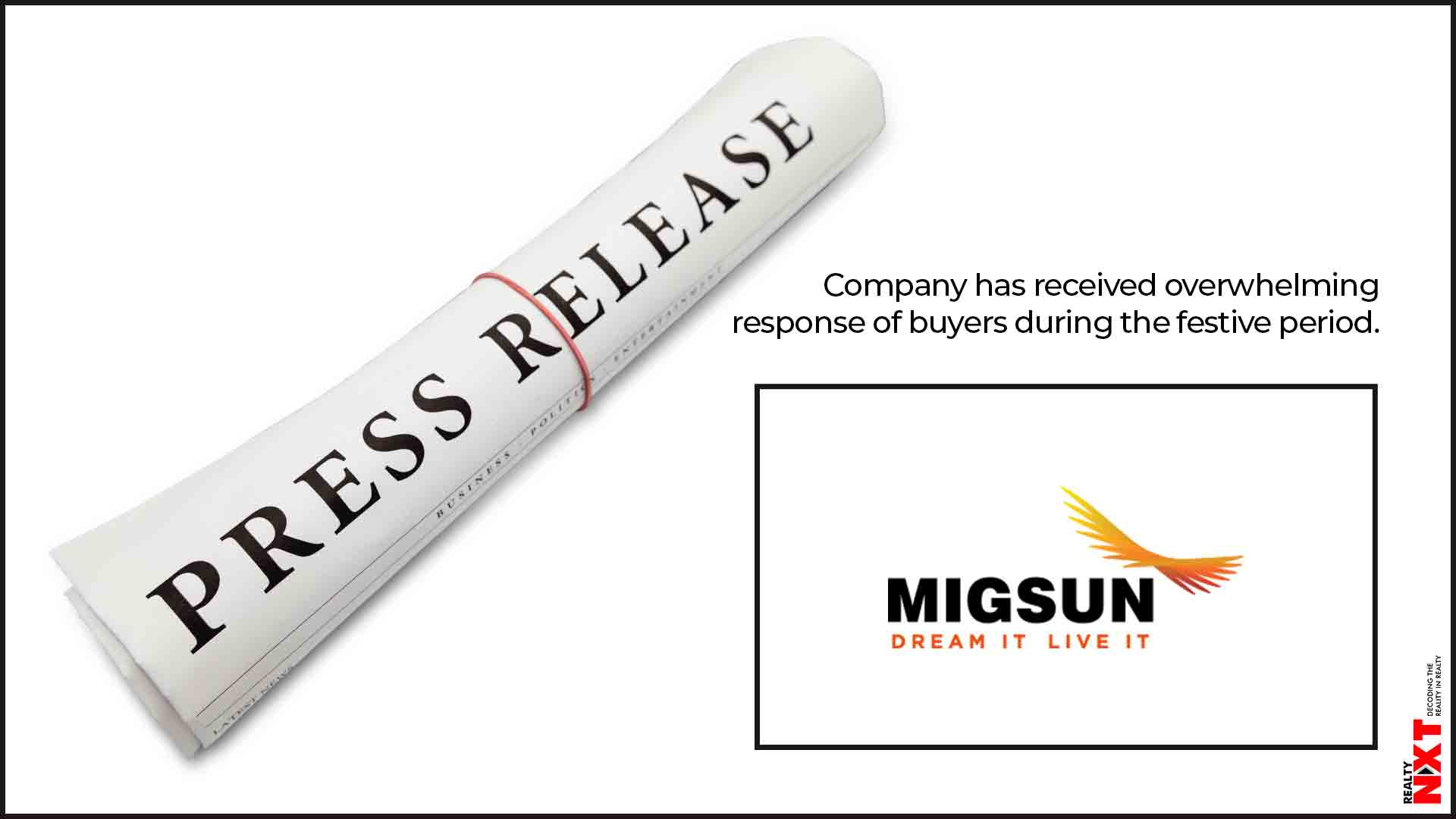 Migsun Group, one of the leading real estate developers headquartered in Ghaziabad today announced that the Company has received overwhelming response of buyers during the festive period.

In the 45 day period which began with Navratras, Migsun recorded bookings of 557 units worth Rs 260 crore. This is a sharp jump as compared to last year’s festive season wherein the company reported bookings to the tune of 300 units accounting for 3.5 lac sq. ft. valued at Rs 125 crore.

The Company is currently developing 16 projects both residential and commercial put together across various locations.
Recently, Migsun has also received Occupational Certificate for its project MigsunUltimo and is in the process of delivering another project way ahead of its RERA deadline. These factors along with several others seem to have contributed towards the huge spike in sales.

Commenting on the tremendous response received during this festive season, Mr. Yash Miglani, Managing Director, Migsun Group said, “In the last month or so, we have received tremendous response from the buyers. A host of factors like lower interest rate, reasonable prices and our tremendous track record of timely delivery have all contributed towards it. With the Government also announcing several steps for revival of the sector in the last couple of months have also boosted the trust and confidence of the buyer in the sector. Needless to say, this has been one of the major reasons behind the surge in demand.”

About Migsun
Migsun draws its legacy from a multitude of entrepreneurial ventures started two generations past. Started as Mahaluxmi group with a facility for steel manufacturing that was founded by Mr Harbans Lal Miglani, a revered hockey player in his youth, a passionate artist, and a philanthroper. 1992 witnessed the next generation add structure to the family. The current Chairman and CMD of the group Mr. Sunil Miglani introduced several changes while adding the real estate vertical to the group and brought rare concepts and clarity in terms of prospects and risk factors helping the company launch projects one after another.
Mahaluxmi Buildtech Limited was born. 2011 was the year of solemnisation of past accolades. The third generation spearheaded by Yash Miglani has transpired into a real estate giant that has successfully delivered more than ten residential and commercial projects while multiple residential dwellings are under construction.