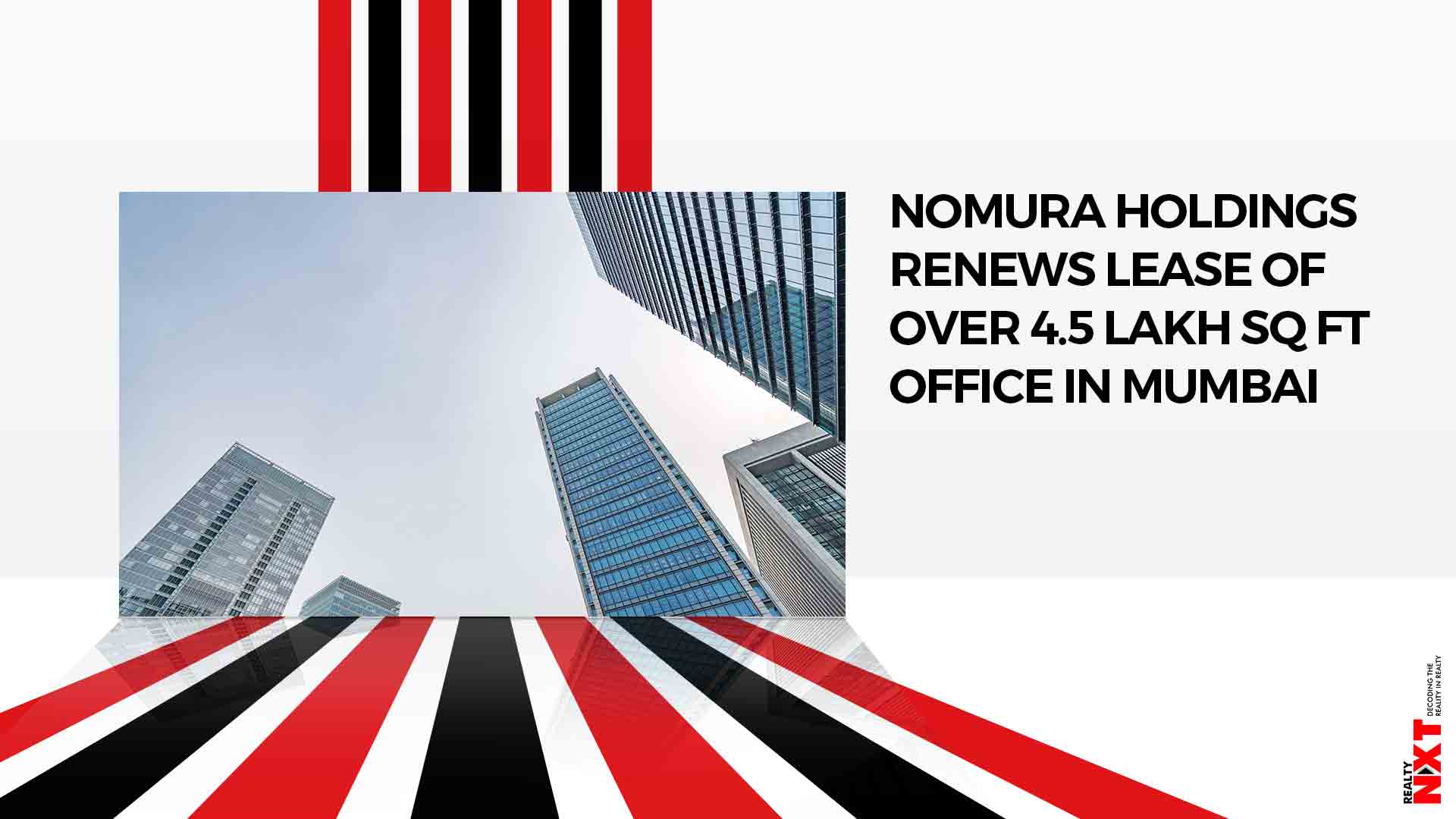 The commercial building is a special economic zone (SEZ) which came into Brookfield’s commercial portfolio following the Canada-based investor’s acquisition of Hiranandani Group’s offices and retail space in Mumbai’s Powai suburb for about $1 billion in 2016.

Japanese financial services major Nomura Holdings has entered into an agreement with Brookfield Asset Management for renewal of its lease for the over 450,000-sq ft office space it occupies in Winchester commercial tower in Mumbai’s Powai suburb two years ahead of its expiry, people aware of the development said.

The lease was due for expiry in 2021, but Nomura has reset it for 10 years, they said. “Nomura will be paying rentals of Rs 135 per sq ft a month for the said office space with effect from 2021,” one of the persons said. “They are right now paying less than Rs 65 per sq ft a month, as the lease was secured back in 2006 for 15 years to protect against the market exposure.”

The move is seen protecting the company from an expected rise in rentals due to robust demand.

The commercial building is a special economic zone (SEZ) which came into Brookfield’s commercial portfolio following the Canada-based investor’s acquisition of Hiranandani Group’s offices and retail space in Mumbai’s Powai suburb for about $1 billion in 2016.

According to the sources, the company has done something similar this time too by taking a 15% discount to present market lease rental rate and securing it for additional 10 years with Brookfield agreeing to upgrade the asset for them.

An email query sent to Nomura remained unanswered till as of press time. Brookfield Asset Management and transaction advisor Cushman & Wakefield declined to comment on the matter.

The earlier lease transaction for this space was concluded by failed US-based investment bank Lehman Brothers. In 2008, Nomura had agreed to acquire Lehman Brothers’ franchise in the Asia Pacific region including Japan and Australia.

Occupancy levels in Indian commercial real estate have been rising over the last few years on demand from new players in ecommerce, healthcare and technology, apart from existing demand from the banking financial service and insurance (BFSI) sector. Recent data shows that leasing in the first three quarters of 2019 has inched closer to full-year performance level of 2018.

Driven by tech corporates – accounting for about a third of the leasing activity — office space take-up is expected to be at an all-time high this year, according to recent reports, against the peak of nearly 49 million sq ft last year.

In the backdrop of rising rental levels, occupiers are increasingly looking to future-proof their portfolios and protect themselves against rental escalations by pre-leasing space across various cities. Tech and BFSI firms, along with flexible space operators, have been primarily driving pre-commitment activity.

In one such instance, global investment bank Morgan Stanley recently entered into an agreement to lease nearly 800,000 sq ft of commercial space in Oberoi Realty’s under-construction Commerz project in Goregaon suburb of Mumbai. In 2016, healthcare product maker Abbott India had picked up an entire under-construction building with over 160,000 sq ft built-up area in Mumbai’s Andheri suburb to set up an innovation and development centre.

ALSO READ: No claimants for 2,500-3,000 flats in Jaypee Infratech projects