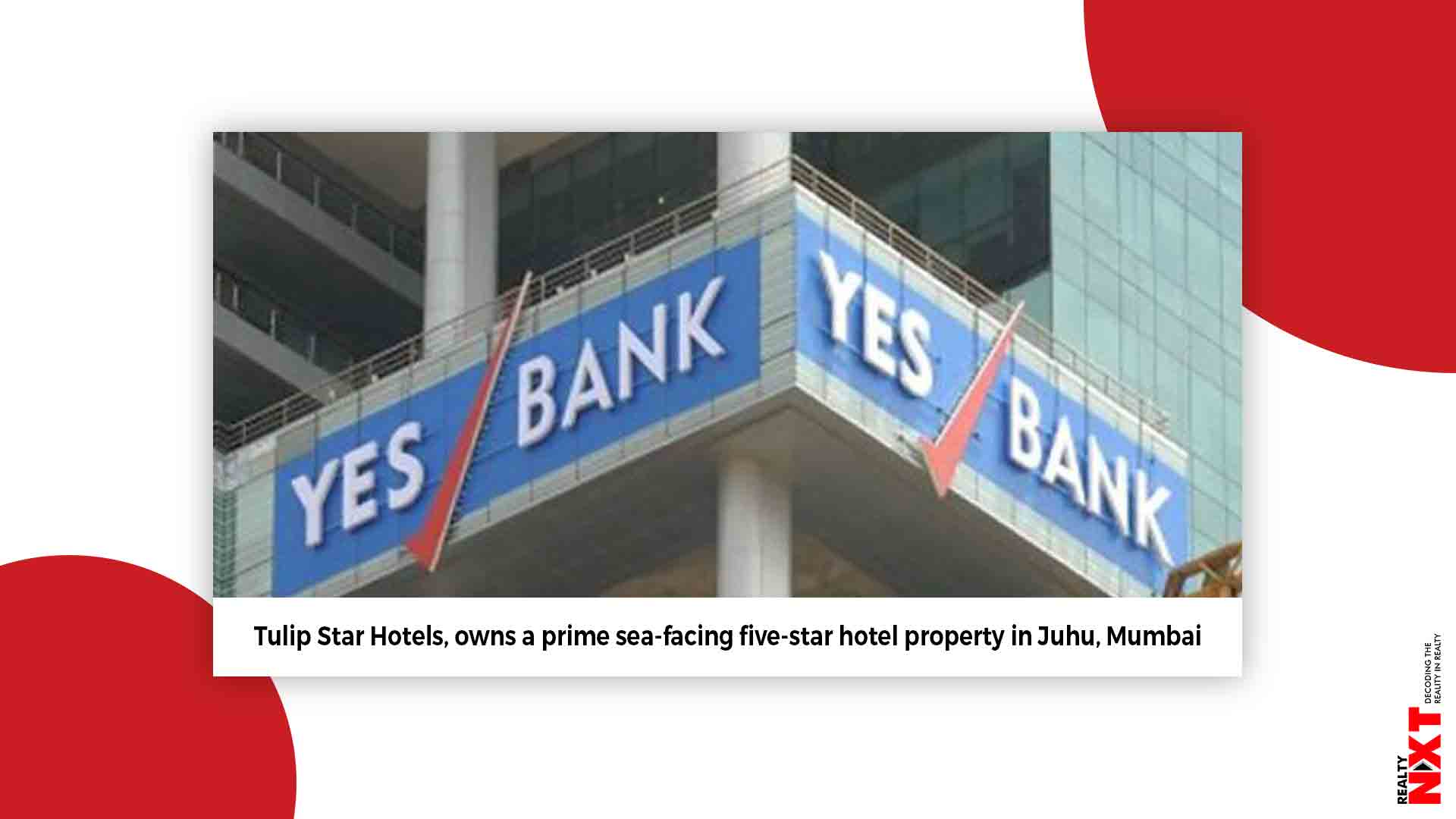 In July this year, Yes Bank acquired an 18.6% stake in defaulting travel company Cox & Kings and 30% stake in its affiliate Ezeego1 Travel & Tours.

Yes Bank has acquired 20.61% stake in Tulip Star Hotels by invoking a pledge on the company’s shares. The stake was pledged by Ezeego One Travel– a part of the Cox & Kings group which collapsed earlier this year.

Tulip Star Hotels, owns a prime sea-facing five-star hotel property in Juhu, Mumbai of the same name. The hotel Tulip Star was earlier known as Juhu Centaur and sold as part of the divestment process. Tulip Star had earlier entered into an agreement with a local developer Siddhivinayak Realties for the property.

In July this year, Yes Bank acquired an 18.6% stake in defaulting travel company Cox & Kings and 30% stake in its affiliate Ezeego1 Travel & Tours. The shares were acquired by the lender upon invocation of pledged shares.

Cox & Kings is promoted by Peter Kerkar’s son of Ajit Kerkar, the former chairman of Indian Hotels, which runs the Taj group of hotels. The travel company had made large investments globally acquiring travel businesses in the UK.

On Wednesday, the company informed the stock exchanges that the Bombay high court has allowed IATA to encash a bank guarantee of Rs 24.3 crore issued by the company.