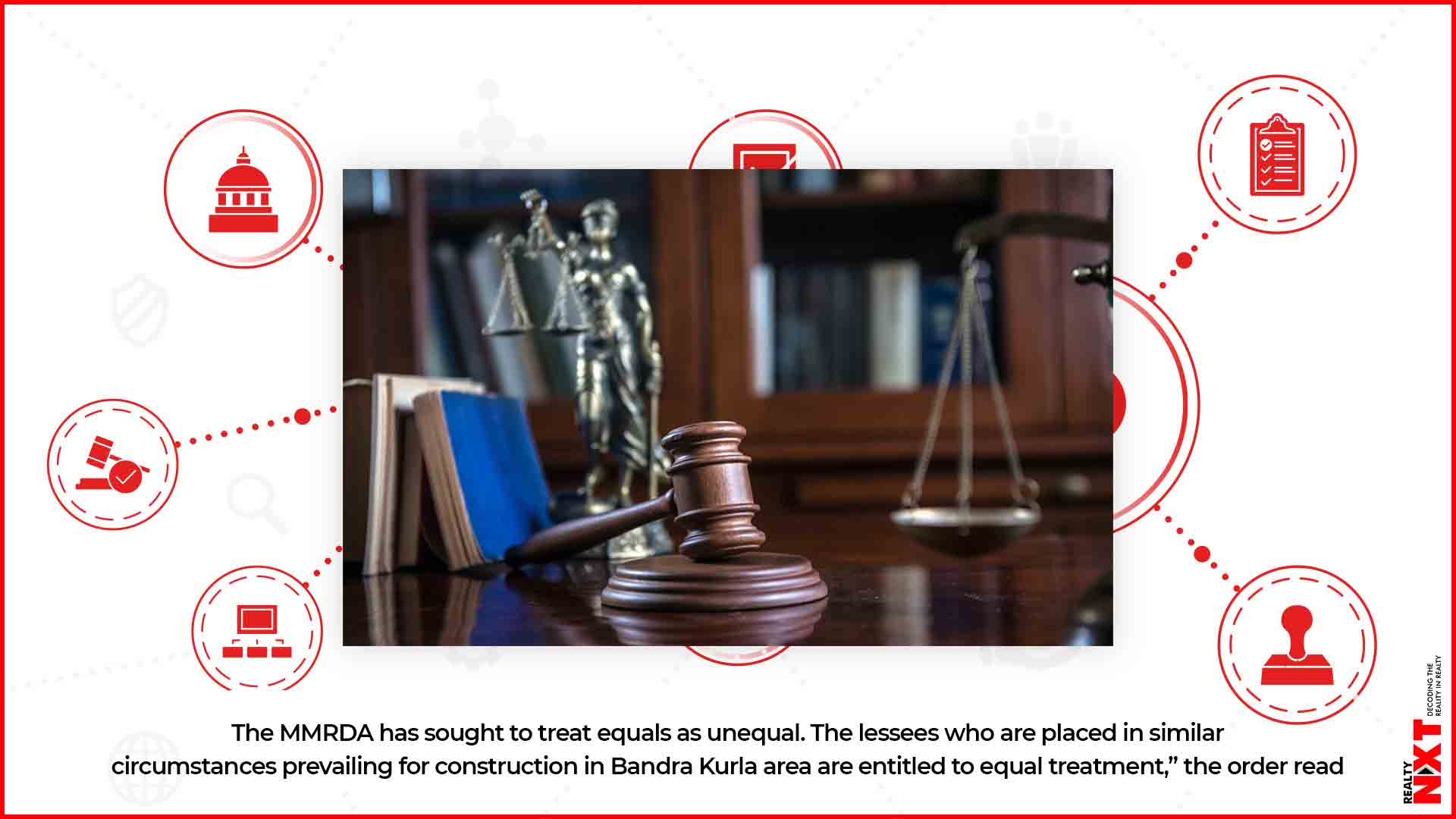 The bench observed that MMRDA’s order was “ex-facie unreasonable, unjustified, discriminatory, without jurisdiction and in violation of fundamental rights guaranteed under the Constitution of India.”

In a major relief to Reliance Industries and Raghuleela Builders, the Bombay High Court on Wednesday set aside an order by the Mumbai Metropolitan Region Development Authority (MMRDA) asking them to cough up Rs 432 crore as penalty for delaying a commercial project in BKC.

The judgment by the division bench of Justices Ranjit More and Bharati Dangre could set a precedent for other “similarly placed” companies.

The bench observed that MMRDA’s order was “ex-facie unreasonable, unjustified, discriminatory, without jurisdiction and in violation of fundamental rights guaranteed under the Constitution of India.”

It was hearing a petition filed by the two companies against a directive issued by urban development body that granted extension to projects allotted after August 26, 2015.

It was RIL and Raghuleela Builders’ contention that their project had faced unavoidable procedural delays, and that they were being unfairly penalised. The Mukesh Ambani-led firm was allotted a 30,000-sq-mt plot in November 2007 for the construction of a commercial complex within four years.

However, it took more than three years for construction to start as various procedural and layout related aspects had to be sorted out, the firms had told the court. Later, in 2012, the MMRDA allotted an additional area of 67,000 sq mts for further construction. But when the companies approached MMRDA asking that their deadline be taken from 2011, the MMRDA rejected it.

In the meanwhile, the state body also constituted a single-member committee comprising a retired Supreme Court judge to examine if deadlines of project could be extended. The judge recommended that all four-year deadlines be extended by three more years. Following which, MMRDA extended deadlines of all projects that were allotted after August 26, 2015 by two years.

The division bench observed that there was no reasonable basis or justification for MMRDA’s cut-off date to extend the deadline, and that it amounted to discrimination against those who had executed their lease before the cut-off date, though they were “similarly placed” in terms of procedural problems.

“The MMRDA has sought to treat equals as unequal. The lessees who are placed in similar circumstances prevailing for construction in Bandra Kurla area are entitled to equal treatment,” the order read.