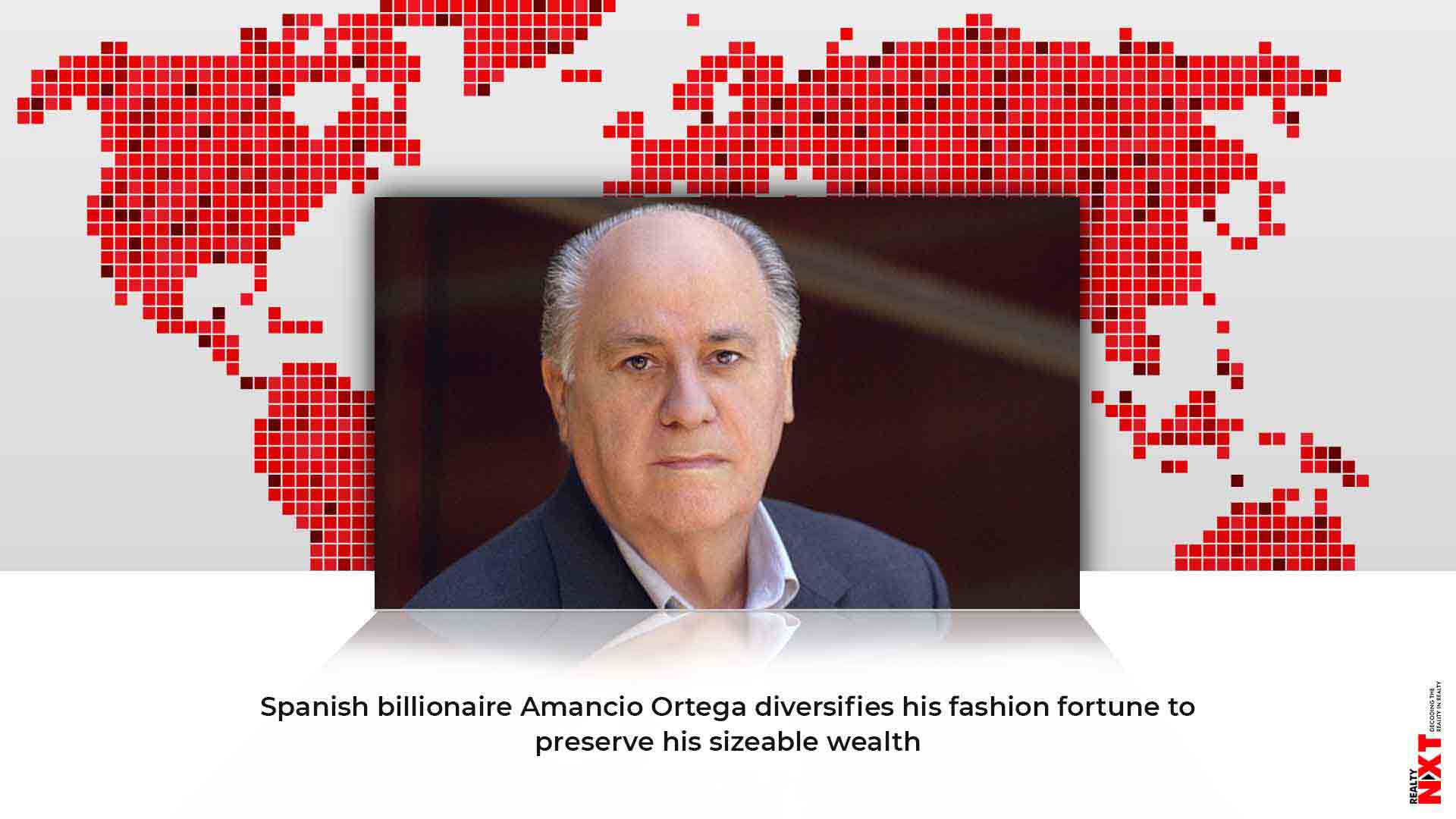 Spanish billionaire Amancio Ortega, the founder of clothing giant Zara, has built up a global real estate empire that includes offices used by Facebook and Amazon in Seattle and large swathes of London’s Oxford Street.

Diversifying his fashion fortune to preserve his sizeable wealth, the value of the real estate portfolio owned by Ortega’s investment holding Pontegadea Inversiones stood at around 10 billion euros ($11 billion) at the end of last year.

Pontegadea collects almost all of the dividends which Ortega earns – 1.6 billion euros in 2019 – and then reinvests the money in real estate, a spokesman for the holding firm said.

The 83-year-old stepped down as chairman of Inditex, the owner of Zara, in 2011 but he still owns 59% of the world’s biggest fashion retailer, which also owns other popular fashion brands like Massimo Dutti and Bershka.

He is currently the world’s 6th richest person, according to Forbes.

His latest major real estate purchases came earlier this month when Pontegadea bought an office building used by Facebook in Seattle for $415 million (376 million euros) as well as the “Troy Block” complex in the same city which houses part of Amazon’s headquarters for $740 million.

It is “normal” for entrepreneurs with a lot of capital to set up an investment fund to manage the cash to “diversify and preserve” the fortune by building a “refuge” from stock market fluctuations, Juan Carlos Amaro, a professor of finance at the Esade business school in Barcelona, told Agence France-Presse.

Ortega, who founded fast-fashion giant Zara with his ex-wife Rosalia in 1975 in Spain’s northwestern region of Galicia, fiercely guards his privacy and is known for being a prudent investor.

Analysts said he was targeting real estate as a long-term investment, not to speculate.

“It is a very conservative activity which was chosen, not for its great profitability but because it is sufficiently stable,” a Pontegadea spokesman said.

Ortega steers clear of housing real estate, which is potentially more profitable but has a bad reputation after a property bubble burst in the late 2000s, triggering a prolonged recession.

His portfolio is mostly made up of offices and shops, as well as some hotels.

In Paris he owns the building that houses Apple’s flagship store as well as a commercial building on the Champs-Elysee avenue.

Ortega only buys property “in the capitals of major countries that are stable,” preferably in prestigious neighborhoods, the Pontagadea spokesman said.

He also favors “top category tenants with good solvability,” with a preference for major multinationals, said Rafael Sambola, a professor at Barcelona’s Eada business school who has authored several books on finance and accounting.

Ortega has found it easy to meet his criteria in the United States: in recent years he has snapped up properties in Miami, San Francisco, New York, and Washington in addition to Seattle.

“I think he wants to have a diversification of exchange rates” to protect himself for possible setbacks with the euro or the pound, said Manuel Romera, the director of the finance department at Madrid’s IE business school.

The rent he collects from these buildings – 405 million euros in 2018 – are immediately reinvested in Pontegadea, according to the holding.

The Zara owner is not afraid to rent buildings to rival clothing such as Primark, which occupies one of his properties on Madrid’s high street.

Last year Pontegadea made a rare venture outside of real estate, snapping up 10% of Telxius, Spanish telecoms giant Telefonica’s subsidiary which provides telephone towers and fiber networks in Europe and Latin America.