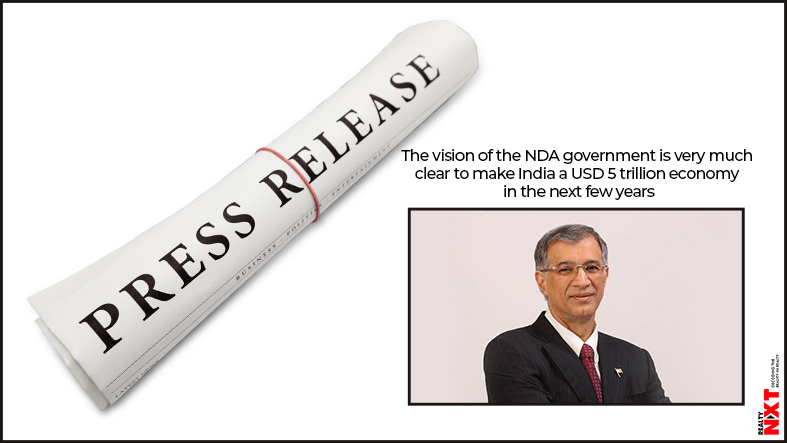 The vision of the NDA government is very much clear to make India a USD 5 trillion economy in the next few years. A blueprint of the same was laid down by the finance minister in the budget 2019-20. Boosting consumption, economic growth and creating employment has been the main focus of this government. However, according to the latest Industrial production figures, the growth has moderated to 3.1 percent in May on account of the subdued performance of the mining and manufacturing sector.

Industrial production measures the output of the industrial sector of the economy. It mainly consists of mining, manufacturing, and utilities. As per the Central Statistics Office (CSO) data, the growth in the manufacturing sector was muted at 2.5 percent in May 2019, compared to 3.6 percent in the corresponding period of 2018.

The government needs to push its ‘Make in India’ initiative to boost the faltering manufacturing sector with an aim to spurt industrial and manufacturing output. The government needs to make the manufacturing industry lucrative for industry stakeholders to regain their interest by coming out with a conducive policy framework along with rational taxes on an immediate basis. The manufacturing sector contributes 17% to India’s GDP which has been prolonged stagnant. India Inc and the government together should cohesively aim to its rejuvenation. The revival of this sector along with the industrial output is a must for enhancing the muted growth of the economy. The manufacturing sector’s growth is imperative for sustainable economic growth. It creates strong positive forward and backward linkages in the economy and has multiplier effects on job creation.

India Inc aims at the fourth Industrial Revolution (Industry 4.0) to revive the manufacturing and industrial output. The new industrial policy announced in the budget is aimed at promoting the growth of industries and the creation of manufacturing jobs. It will look into reducing regulatory hurdles, encourage adoption of frontier technologies, promote foreign technology transfer and attract over USD 100 billion FDI annually. The new industrial policy would take an approach of cluster-based industrial areas, whereby a certain industrial area would have industries making a certain product.

At a time when global manufacturers are struck between the US-China trade war and are looking to manufacture at a destination other than China, the new industrial policy should welcome them with incentives to lure them to set up base in India and turn it into a manufacturing and exporting hub. The new policy will incorporate the use of smart technologies such as artificial intelligence (AI), Internet of Things (IoT) and robotics for advanced manufacturing.

The trade war between the US and China and other geo-politics uncertainties have led most countries to cushion their domestic industry from trade diversion. It is an apt time for India to create the Industrial Revolution to attract investments and create jobs across the value chain. As per the current geo- scenario, raising domestic competitiveness (via carefully planning and targeted industrial planning) and cushioning industry from a surge in imports due to trade diversion is need of an hour.

As India is a big and booming consumer market for any economy, India should be prudent in assessing in exchange returns from FTA, trade pacts, etc. The government should turn cautious of signing any Free Trade Agreement (FTA), which may lead to the widening of India’s trade deficit. Only those products or services which are scarce or not available in India should be encouraged under the agreement. Policymakers should also take cognizant of the use of nontariff barriers before we move in trade pacts. We must fiercely focus on discarding niggles of the manufacturing sector and be more export-oriented.

The government needs to carve niche policies and provide assistance to the industry in the form of financial, nonfinancial, taxation, trade measures for a surge in domestic output. India needs a transformational plan to form a new industrial policy.