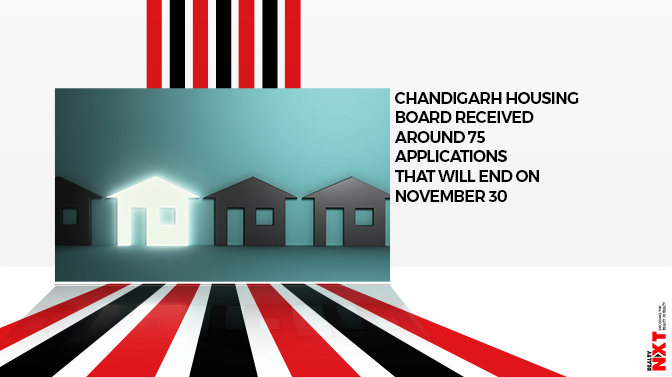 Till date, CHB has received around 75 applications under demand survey that will end on November 30, for the housing scheme offering 492 flats.

It seems there is not much interest among people for city’s costliest housing scheme that is likely to come up in Sector 53.

Thereafter, the housing board released new prices on October 10 and mentioned that a 3BHK (HIG) will cost Rs 1.80 crore, 2BHK (MIG) Rs 1.47 crore, 1 BHK (LIG) Rs 95 lakh and a two-room flats (EWS) Rs 50 lakh. According to market experts, the prices are still on the higher side.

A senior CHB official said they had fixed the prices after taking land rates and profit into consideration. The board plans to construct self-financing housing scheme comprising 492 flats in different categories under which an allottee is required to make 100% payment of chargeable price before possession. For this purpose, CHB also started a demand survey and those interested could participate by applying online at CHB portal, he added.

The housing board official said that persons applying under the demand survey would be given preference in allotment under the scheme or category applied by him subject to their eligibility.

The decision to conduct the survey was taken to check if there was a demand for the general housing in the city or not. The CHB board of directors in July had directed officials to carry out the survey. The Sector 53 housing scheme was proposed to be made open for all.