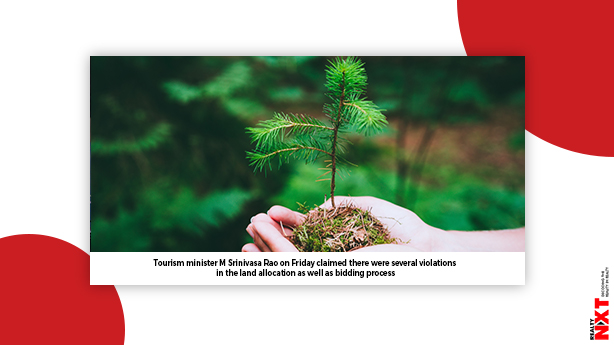 Srinivasa Rao further said there is a clear drop in the number of vector-borne diseases within GVMC limits as compared to last year.

Tourism minister M Srinivasa Rao on Friday claimed there were several violations in the land allocation as well as bidding process for the proposed mega convention centre in the city by Lulu group.

The minister, who held a review meeting with GVMC officials on sanitation, seasonal diseases and town planning, alleged that the most expensive land pocket in the heart of the city was given to Lulu group at throwaway price.

“Moreover, the convention centre on beach road, which already witnesses huge crowds during weekends, is not a suitable location for the project. The government cancelled the MoU taking all these factors into consideration, not because of differences with N Chandrababu Naidu,” he said.

Srinivasa Rao further said there is a clear drop in the number of vector-borne diseases within GVMC limits as compared to last year.

The minister also set Dec 10 as deadline for GVMC officials to repair damaged roads in the city. He also asked them to make the bus rapid transit system project operational in the next one-two months. “Several educational institutions operate out of commercial complexes. The GVMC should launch a special drive to identify such institutions, which pose a threat to safety of students during fire mishaps and other disasters,” he said.

ALSO READ: Workshop will be held by WRI India in collaboration with SMC and Gujarat Pollution Control Board on November 25