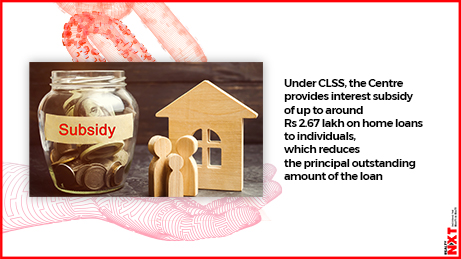 At the launch of the Credit Link Subsidy Scheme (CLSS) Awas Yojana, the union housing and urban affairs minister said that grievances of beneficiaries will be addressed in a comprehensive and organised manner.

Union minister Hardeep Singh Puri on Monday launched CLSS Awas Portal through which people seeking to avail housing subsidy under the Pradhan Mantri Awas Yojna (PMAY)-Urban will be able to track their applications.

At the launch of the Credit Link Subsidy Scheme (CLSS) Awas Yojana, the union housing and urban affairs minister said that grievances of beneficiaries will be addressed in a comprehensive and organised manner.

Under CLSS, the Centre provides an interest subsidy of up to around Rs 2.67 lakh on home loans to individuals, which reduces the principal outstanding amount of the loan.

He said that the CLSS Awas Portal will help other stakeholders to work in synergy for release of subsidy to beneficiaries on time.

According to the ministry, to accomplish ‘Housing For All Mission’, Global Housing Technology Challenge-India (GHTC-India) was launched to get globally acclaimed, alternate and proven construction technologies for speedier and cost-effective construction of affordable housing.

At the event, Memorandum of Agreements (MoAs) for Light House Projects under GHTC-India were also signed between the ministry and six states— Gujarat, Jharkhand, Madhya Pradesh, Tamil Nadu, Tripura and Uttar Pradesh.

Puri expressed his appreciation to the state governments for construction of lighthouse projects at Indore, Rajkot, Chennai, Ranchi, Agartala and Lucknow.

For LHPs, the ministry has introduced a technology innovation grant as an additional grant of Rs 2 lakh per house which is over and above of the existing share of Rs 1.5 lakh per house under PMAY(U).