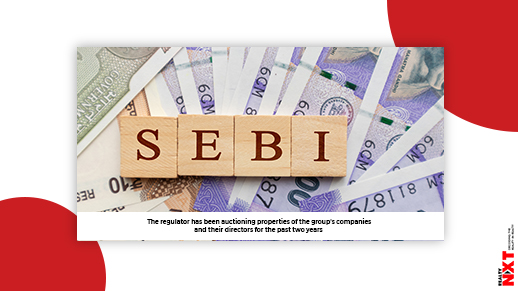 The regulator has been auctioning properties of the group’s companies and their directors for the past two years.

Sebi has found buyers for over 70 properties of Sai Prasad Group companies which the regulator had put on auction for recovery of funds worth thousands of crores raised by the group from public through illicit schemes.

The regulator has been auctioning properties of the group’s companies and their directors for the past two years.

Besides, it had put up jewellery, ornaments and other valuables of Sai Prasad Group on sale.

Following the conclusion of the auction on November 22, the Securities and Exchange Board of India (Sebi), in a 72-page notice, declared the highest bidders for the group’s properties in Madhya Pradesh, Odisha and Maharashtra.

In October, the regulator had said it will auction nearly 200 properties of Sai Prasad Group firms and three of its directors on November 22.

These included 90 properties in Madhya Pradesh, 62 in Odisha and 46 in Maharashtra at a total reserve price of over Rs 74 crore.

Sebi had said it would auction the properties of companies like Sai Prasad Corporation, Sai Prasad Properties and Sai Prasad Foods, and directors Balasaheb Bhapkar, Shashank Bhapkar and Vandana Bhapkar.

A number of orders have been passed against Sai Prasad Group companies and some of its directors in the recent years for recovery of thousands of crores of rupees that they collected through illicit collective investment schemes.

ALSO READ: The Ritz-Carlton Debuts in The Dynamic Metropolis of Pune, India

Related Topics:FeaturedSai Prasad GroupsebiSecurities and Exchange Board of India (SEBI)