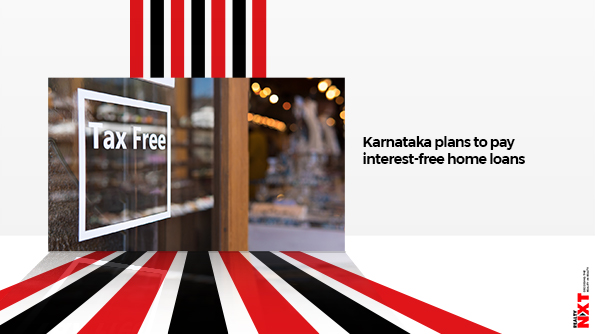 If everything goes to plan, the government will do away with existing housing subsidies and pay the interest on principal of up to Rs 12 lakh in urban areas and Rs 6 lakh in rural areas.

The state government plans to revisit existing affordable housing schemes that offer subsidies on home loans and replace them with interest-free home loans.

This is part of the government’s mission to promote PM Modi’s ‘housing for all’ scheme. The government plans to build 19 lakh houses in 30 months.

If everything goes to plan, the government will do away with existing housing subsidies and pay the interest on principal of up to Rs 12 lakh in urban areas and Rs 6 lakh in rural areas.

Loans for houses under three models

Any principal or interest above the limit will have to be borne by the beneficiary. The houses will have carpet area ranging between 330 sq ft and 450 sq ft. Karnataka Housing Board, urban local bodies, Nirmithi Kendras and Karnataka Road Infrastructure Development Corporation and empaneled units will be the implementing agencies.

The second is the public-private partnership model. Under this, the government and private agency will share sites on developed land and the beneficiaries will buy the developed house or construct their own through an association formed by them.

If the beneficiary opts to purchase a developed home which is more than the upper limit of the loan, then she has to pay the remaining amount.

In the third model, a private agency will develop the land and hand over a 50% share of the land to the government, which will distribute it to the beneficiaries. The state has sought to increase the financial eligibility of beneficiaries for housing scheme to Rs 3 lakh from the present Rs 87,600 in urban areas and Rs 32,000 in rural areas.

ALSO READ: 100 residents of unauthorised colonies in Delhi will get conveyance deeds from DDA