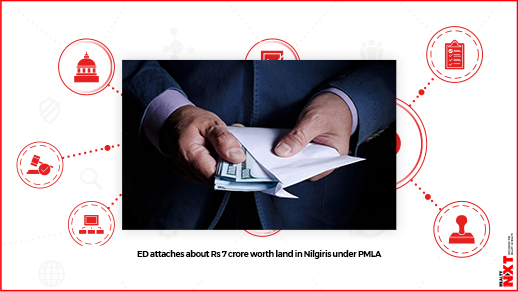 The agency, in a statement, said it launched a criminal probe under the anti-money laundering law based on an FIR of the Bengaluru Police.

Agricultural land worth about Rs 7 crore in Tamil Nadu’s Nilgiris district was attached by the ED in connection with a money-laundering probe linked to an alleged flat buyer’s cheating case in Bengaluru, the federal agency said on Friday.

The land is located in Ooty village under Doddabetta panchayat. The Enforcement Directorate (ED) issued a provisional order under the Prevention of Money Laundering Act (PMLA) to attach the property.

The agency, in a statement, said it launched a criminal probe under the anti-money laundering law based on an FIR of the Bengaluru Police.

It was alleged that Deepak Kumar Singh and Prakash Kumar Singh, directors of Sovereign Developers and Infrastructure Limited (SDIL), had made “false promises” and collected money from buyers and made sale agreements with them but had failed to handover the flats in Bengaluru within a stipulated period.

Moreover, the agency said, they (the promoters) demanded additional funds over and above the agreement amount from the buyers as escalation charges even as they did not pay relevant taxes, fees and charges to the government departments concerned.

“In this manner, an amount of Rs 6.97 crore was transferred for purchase of agricultural land in the Nilgiris district held in the name of a partnership firm of the directors of the company,” the ED said.

Investigation in the case is ongoing, it added.